The rate of production of cinematographic and television works is more and more intense and the volume of the offer in this direction is only increasing. Thus, the task of keeping up with everything that is happening in the region becomes an impossible mission even for the most enthusiastic or dedicated moviegoers. That is, unless you don’t do anything with your life other than standing in front of a screen. Invariably, what happens is that you always end up missing a significant number of movies and series per year, in that famous saying of “I have this one”. But know that it’s okay, and it happens to everyone. Anyone who claims to see or know everything clearly is a storyteller.

Thinking about the films that we always let fly off our radar, sometimes for years, I decided to create this new material. In order to help catch up with this very interesting production, we have selected 10 films that complement … look at that, no less than 10 years in 2021 (that’s right!), But that we don’t talk about much these days, neither by the younger generation or by the older ones who were able to discover it at the preview. This mining was done on one of the most trusted and comprehensive streaming platforms available today, Amazon Prime Video. Check it out below, write it down, have fun and comment. 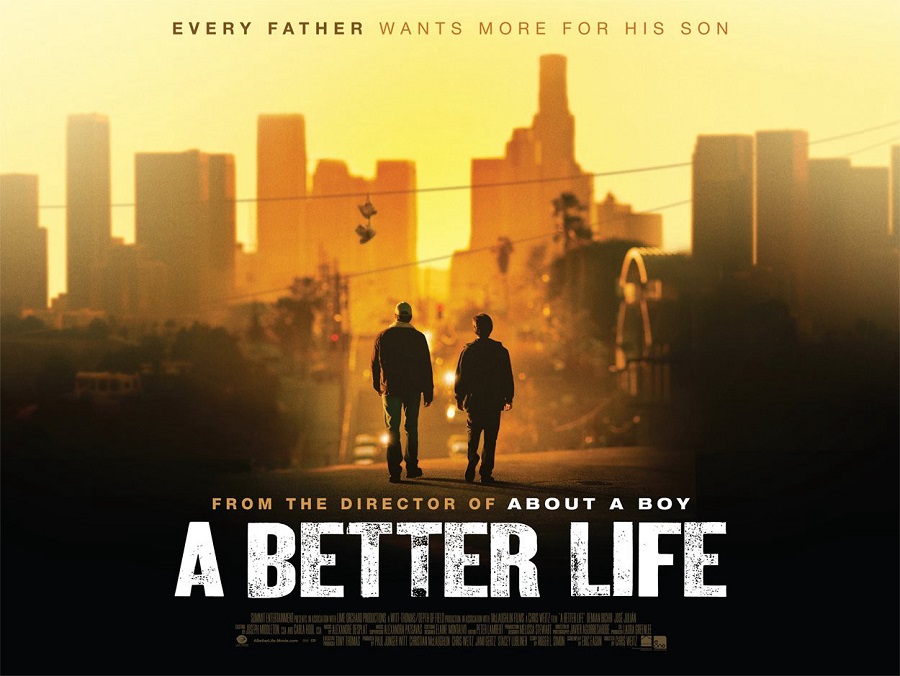 We start the list with what I think is the best film of this selection. Recently added to the Amazon catalog, the feature film was nominated for an Oscar for Best Actor for Demián Bichir, but even that was not enough for its debut in our theaters (at the time it was already released directly on video ). A very moving story that takes on super current contours these days, as it deals with the lives of Mexican illegal immigrants living in Los Angeles. Bichir plays the protagonist, a gardener who struggles to provide his son with a decent life and prevent him from falling into the temptations of a life of crime. Essential. 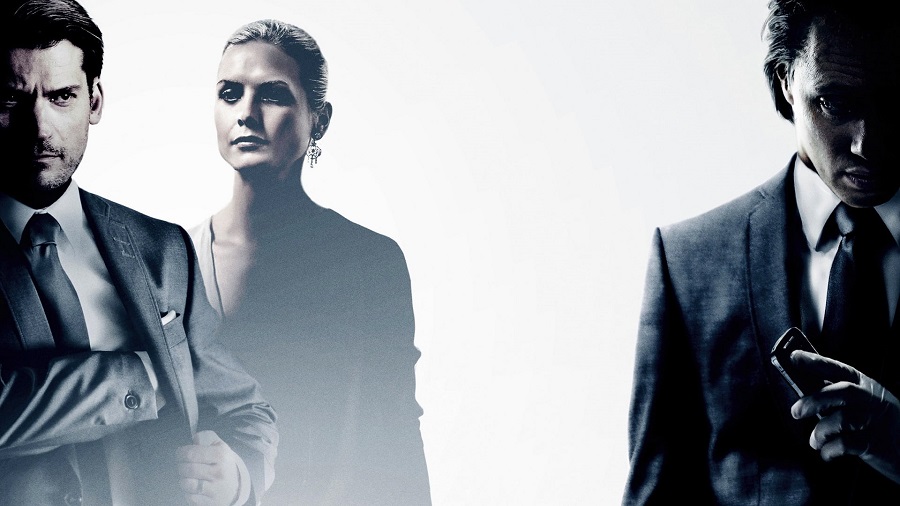 We continue with another popular cult production. And if you’re one more person who was completely disappointed with the Snowman thriller starring Michael Fassbender, this is your chance to see a well-crafted adaptation of a book by the same author: Jo Nesbo. Headhunters is an icy, twist-packed, twisted thriller set in the world of criminals. In the plot, an art thief faces a big problem when he steals from someone he shouldn’t. Very famous, the film made famous the Norwegian director Morten Tyldum – who continued with more important works like The Imitation Game and Passengers. 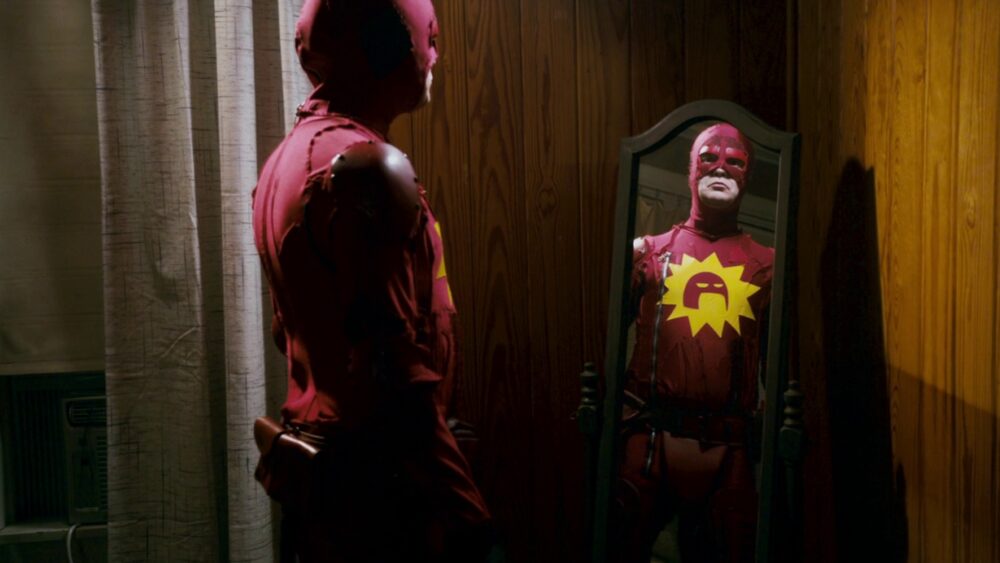 In an atmosphere of O Esquadrão Suicida, a new blockbuster by James Gunn, about to debut in Brazil and much of the world, we go back ten years to the director’s first work in the genre. . Marking its debut in 2010 at two film festivals, Super officially debuted in 2011 in the United States and several other countries, Brazil, tentatively arriving on cable television. Written and directed by Gunn (this was his second feature film on the helm), it’s a subversion of the superhero genre with a lot of incorrect humor and violence in a way only the filmmaker can do. Think of Michael Douglas in A Day of Fury (1993) wearing a comic book uniform to understand the protagonist here, played by Rainn Wilson. 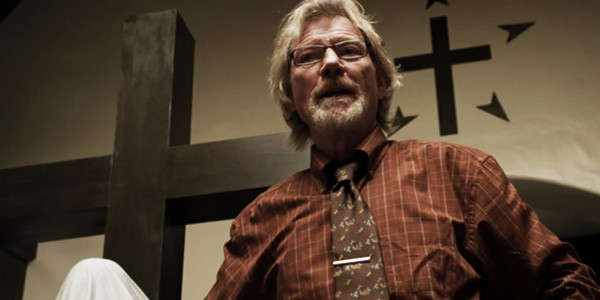 Now we come to a genre that we know you love: horror. Taking another current hook, the animated series Masters of the Universe: Saving Eternia is Netflix’s latest hit. The series has released its first 5 episodes and will launch the remainder of the first season soon. Behind the production is the name of filmmaker Kevin Smith, the king of independent cinema of the 90s. Recently, Smith has taken risks in, say, bizarre horror films – and that was 10 years ago, in Deadly Sect, that he was taking his first step in the genre. The story is a great critique of religious fanaticism showing how far people are able to go in the name of blind faith. The late Michael Parks steals the show as cult leader. The film was screened at the Festival do Rio, where I had the chance to see it, and then I went straight to the personal video here. 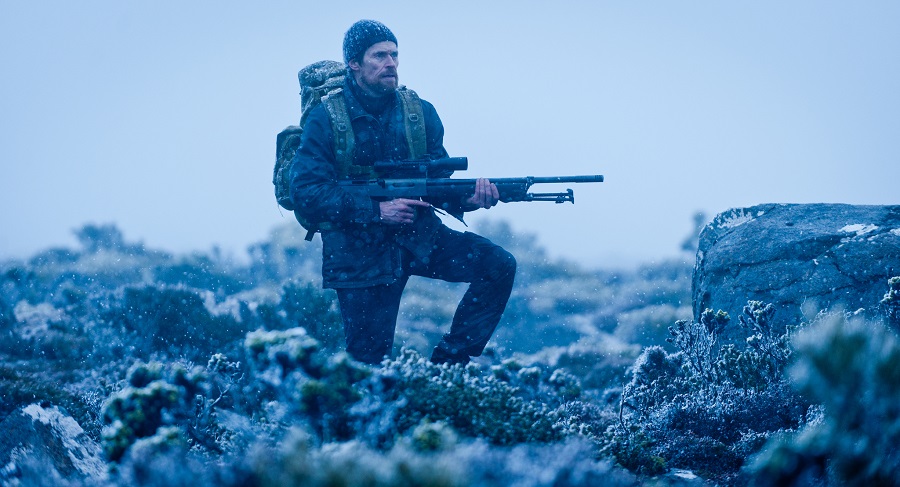 Speaking of the beloved Brazilian film event, the Rio Festival of ten years ago also housed in its collection this Australian production starring the excellent and underrated Willem Dafoe. Fresh off the success of O Farol and gearing up for the premiere of new Wes Anderson, Guillermo del Toro and Robert Eggers films, Dafoe, going back a decade in time, starred in this thriller and came to Brazil to make it. the promotion – where I got the chance to see it in person and watch the movie. The actor plays a professional hunter hired by a company to find a very rare animal in a state of extinction: the Tasmanian tiger, with one of the largest jaws in the animal kingdom. The story is based on a bestselling book. 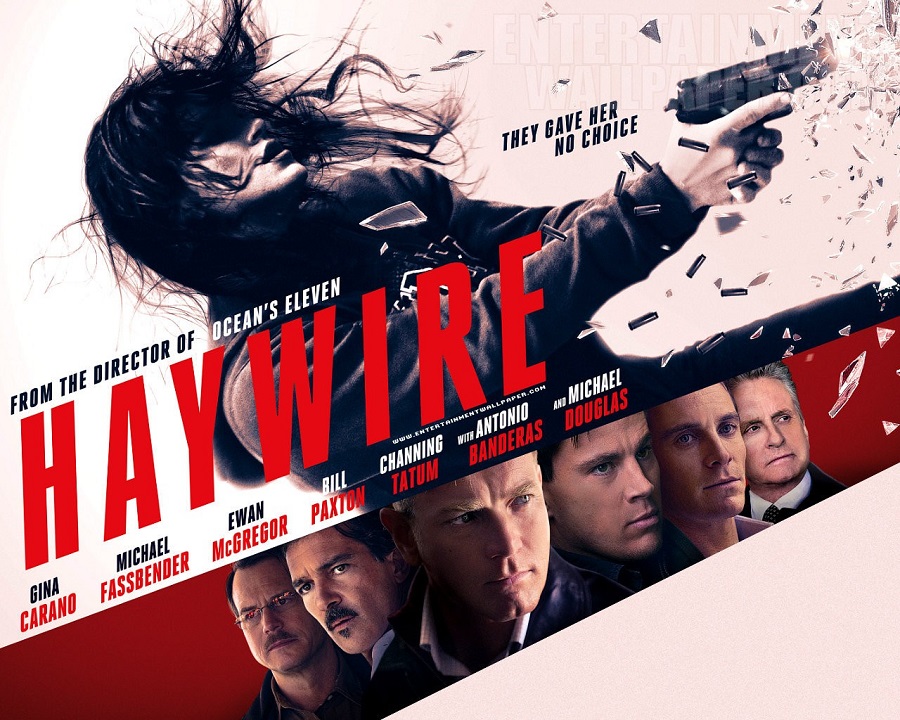 The world is very polarized, whether by political or social ideals, people just seem to not understand each other. And the fact began to affect even artists and their professional lives. Such was the case with former fighter-turned-actress Gina Carano – who had starred in her share of action films (including The Fast and Furious 6) and was a regular cast of hit TV blockbuster, The Maldalorian – Part of the Star Wars universe. A sympathizer of Trump, Carano constantly exposed his radical views on the networks and ended up losing his job on the show. Going back ten years in time, she fell in the crosshairs of director Steven Soderbergh to star in his first film. A Toda Prova is a female spy story that uses Carano’s skill in combat and action to dispense with doubles and create everything in a very real way. The supporting cast is a spectacle in itself. 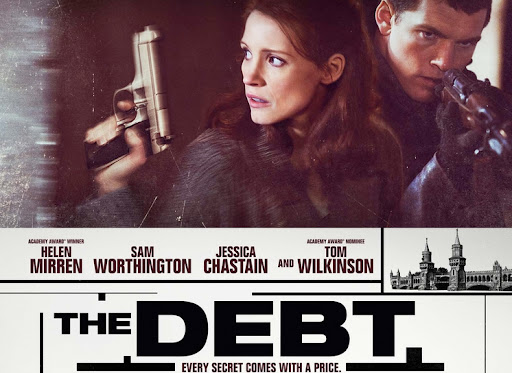 Speaking of a spy movie starring a woman, here we have an even more serious and political one – and unlike A Toda Prova, which is more action-oriented, A Grande Lie focuses on the genres of suspense and drama. Today, Jessica Chastain is one of Hollywood’s biggest stars with two Oscar nominations to prove and numerous box office hits during her career. But ten years ago, Chastain was a distinguished foreigner. That is, until he branded his name in films like The Tree of Life and Crusade Stories, both also released in 2011. Chastain lives as one of the three agents of the Mossad (the CIA Israel) facing the events of a mission decades after the event. . The real gadget at the time, however, was Oscar winner Helen Mirren, living the same character as Chastain in the present.

The price of tomorrow 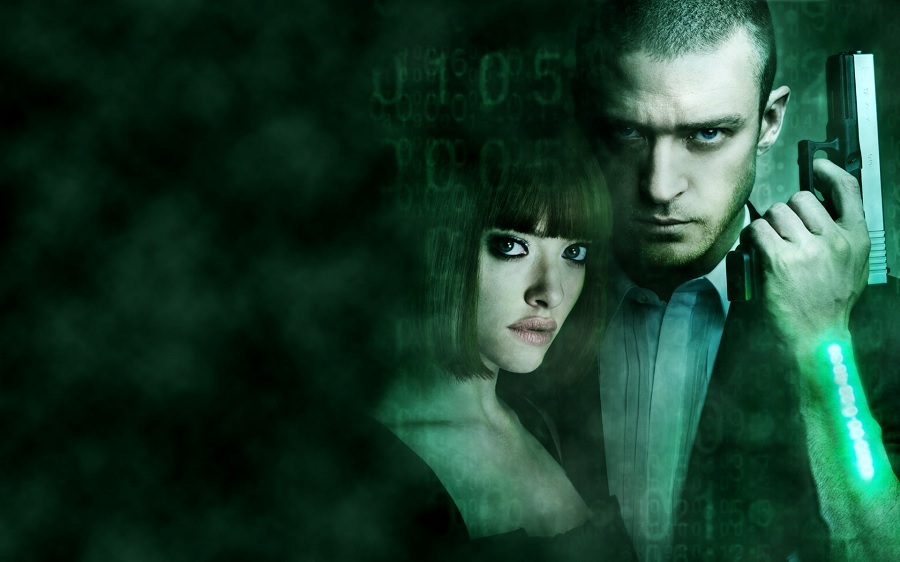 Now let’s move on to a science fiction distributed by Fox that has been shown in Brazilian theaters, albeit for a very short time. Even not having the expected success at the time, the production has become cult during these ten years. In fact, it’s an underrated movie and has a very creative idea for its premise. It remains to be seen whether now in possession of Disney (which bought out Fox) the studio will attempt something new with the idea – that would be good. In this new reality created by Andrew Niccol (screenwriter and director), the same as in Truman’s Show (1998), time has become a bargaining chip. The rich have a lot and always stay young. The poor can be left without and die. A concept to say the least curious and an intriguing metaphor. In the cast, four talented young people: Justin Timberlake (Palmer), Amanda Seyfried (nominated for an Oscar for Mank), Cillian Murphy (A Quiet Place – Part II) and Olivia Wilde (director of the next film Spider-Woman). 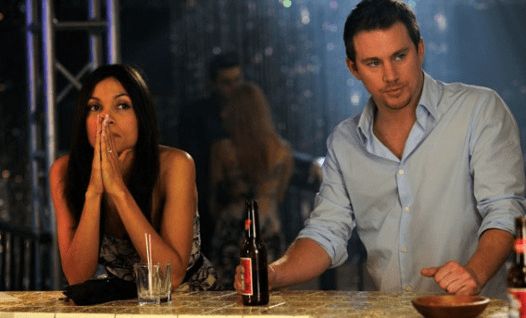 Another direct video release in Brazil, this feature film even had some success in American theaters when it was released, entering the top 10 most watched at the time. The theme is something very close to Americans and talks about the famous high school reunions, at the 10 year graduation reunion. It’s that time when old friends and disaffected old people come together to find out what happened to their lives a decade later – if they’re married, divorced, with kids, if they have a good job, etc. . . Several productions have already used the idea as the theme of their stories. Here, a veritable parade of young Hollywood stars appears on screen. The protagonist is Channing Tatum, who is half gone. At the time less known, ten years later Chris Pratt (still chubby here) and Oscar Isaac stand out. 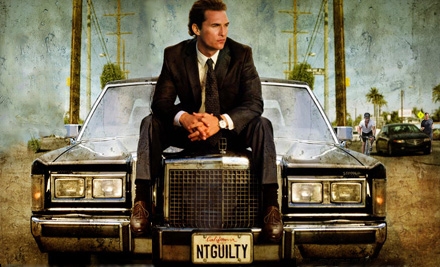 This one has been in the Amazon Cinematheque collection for a long time, but it’s one of those movies that is so good it turns and moves, we have to recommend it again to anyone who doesn’t. not yet seen, or those who have seen it again. Whoever speaks to you saw it for the first time the moment it entered cinemas across the country. Among other things, the film was part of the movement that has been called “McConaissance”, the return to the career of Matthew McConaughey – stuck in romantic comedies without much depth throughout the 2000s. More substantial productions, which resulted in great performances and she won at the Oscars. It was one of the first steps towards the award, and puts the actor back in the shoes of a lawyer, echoing his revelation in the equally wonderful Tempo de Matar (1996), also featured in the platform’s collection. . However, he saw here another lawyer, a thug in prison, who finds himself in a complex situation, putting his life in danger. The film is based on a series of books with the same character and had it been well accepted it would have generated new cases. A feather.