Who doesn’t know the famous dating app that finds people from a match? One of the wonders of tech, especially in recent months with pandemic issues and quarantines practically routine, Tinder finds lonely souls giving the opportunity, perhaps, of a real life encounter! Even those who have never used it, I am sure they are curious if someone can be their Match and if from there a lasting relationship can be born. Even Netflix is ​​preparing an Indian production called IRL: In Real Love which has Tinder as one of its producers.

Bringing this context to our cinematographic universe, dozens of film productions each year tackle the question of harmony, technology (or its remoteness), soul mate, sometimes unusual encounters based on coincidences. To prove that fate can also be a great Tinder in the universe, and to validate the good odds of finding someone nice for you using the app, we decided to create a list of 5 movies that in some way prove so finding someone on Tinder can work.

The first vacation will never be forgotten! 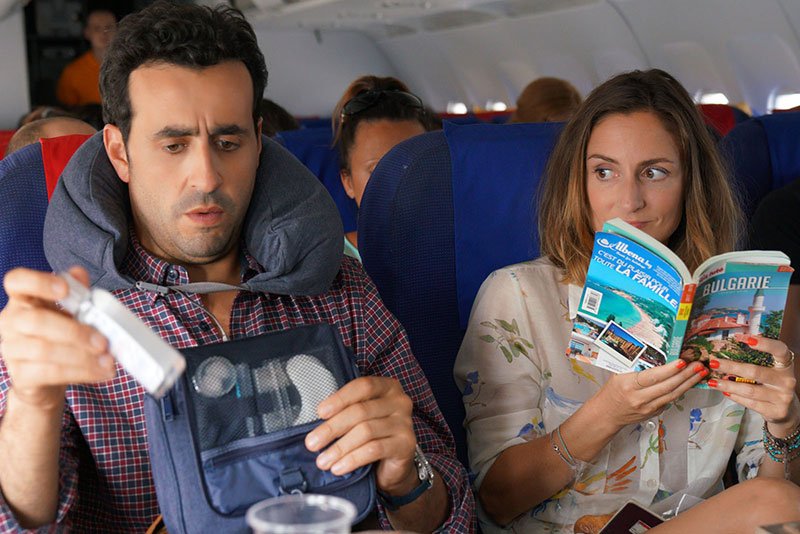 How do you know someone is your perfect match? Navigate the follies, the freedom to be two ways to mature in a relationship, the unassuming French comedy The first vacations will never be forgotten! shows us a series of situations that occur when two strangers decide to go on a trip together to an unusual place on the planet. Opposites attract ? Played with this question between the lines, the feature film directed by Patrick Cassir transcribes in an unprecedented way the fables of love and the theories of common sense, of normality. A happy and fun band that plays with emotions but is serious.

In the plot, we meet Ben (Jonathan Cohen), a businessman, closely related hypochondriac in the family who has many quirks. We also met the new adventurer Marion (Camille Chamoux), a cartoonist who lives with two friends in an apartment in Paris. These two strangers until then end up meeting in the Tinder application and soon arrange to meet. After a very fun and special night, just their first, they agree to travel to an unusual place: Bulgaria! Thus, they leave for this country that they know little about and many tragicomic situations will unfold together.

Speaking of relationships, freedom, an adventurous spirit, the project also takes on comic contours. From drama to comedy, from comedy to adventure and then back to drama. Discovering a new culture, Ben and Marion discover each other by noticing each other’s obvious flaws and strengths. The unusual, the crazy things that appear along the way reinforce or move away for good this early relationship. And what a pair on stage! Cohen and Chamoux have a fantastic harmony, walking in a wonderful comedic time, deep and at the same time light in their speech. The script approaches loneliness through the quirks, judgments, learning so far. There is no deconstruction of the characters but an opening to love that is very pleasant to follow. The first vacation will never be forgotten! is a light, uplifting, very entertaining film for those who like to laugh and think. 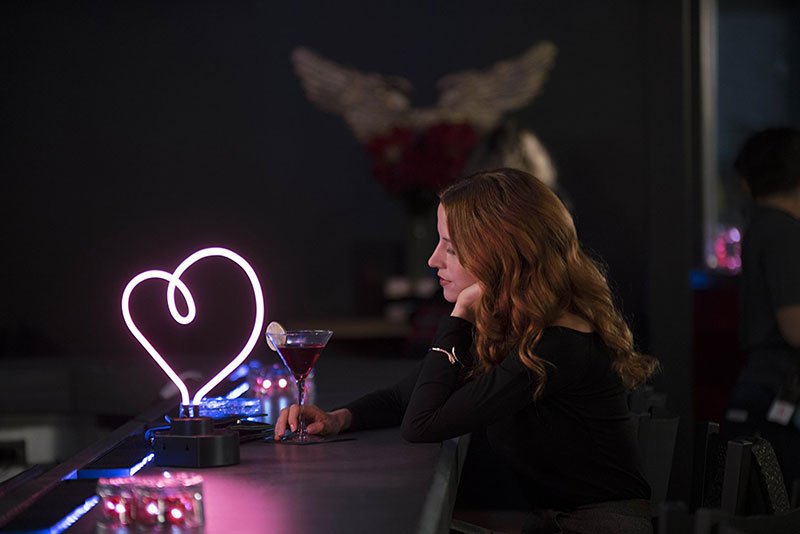 Life is more than spreadsheets. On the surface of the existential reason of love, unpretentious, he seeks his space of public attention when he tackles a topical question and somehow explores some points of view on relational technologies, Meu Romance Perfeito , available in the Netflix catalog, is a simple breakdown of new ways of loving.

In the plot, we meet Wes (Christopher Russell) a businessman who has taken over the family’s tech business and still seeks respect from everyone as many believe he’s a daddy’s boy who’s in charge because that he is in the family. His mother, the company’s biggest shareholder, is pushing for better results. One day, during a new business meeting, he finds out that his company is developing a new dating app called “My Perfect Match”, developed by system programmer Vivian (Kimberly-Sue Murray). Seeking meaning in the project, during a popular TV show, they agree to share their adventures in this application, thus testing the very product they have just created.

Do you like scientists? Or souls who do not understand what they are offering? Based on Fortune’s Perfect Valentine written by Stella Bagwell and directed by filmmaker Justin G. Dyck, the film weaves its way around new-time relationships while attempting to raise questions about traditional and real relationships. Even though in a very superficial way in the way it shows family issues, for example, especially from Wes’ side, the film seems to have a dreamlike essence and may appeal to those who enjoy romantic flicks that get straight to the point of their thoughts. on programs like Tinder and others. 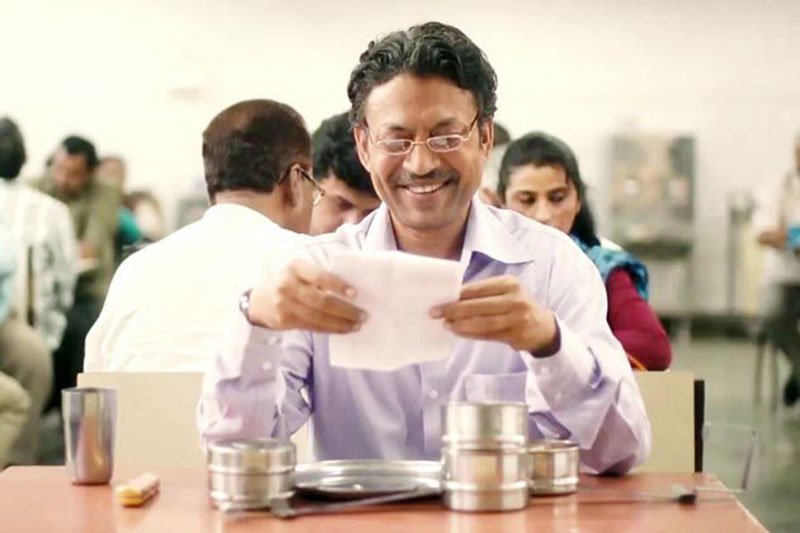 People come into our lives by chance, but they don’t stay by chance. Combining comedy, romance and very well structured drama, the film deserves the standing ovations of all cinema lovers.

In the curious story, we meet two characters who are suffering from love, each in their own way. Saajan Fernandes (played by the excellent Irrfan Khan) is a lonely man who is about to retire after 35 years in the same company. Ila (Nimrat Kaur) is a woman who feels very lonely, as she is rejected by her husband who constantly betrays her. When a misunderstanding arises in Mumbai’s food delivery system – the Dabbawallahs – every lunch that Ila cooks for her husband goes to Saajan. Thus, these two souls in need of a great new love, together build a parallel world of friendship, affection and affection through notes left in the lunch boxes where food is delivered. Until the day they decide to meet in person.

The German philosopher Schopenhauer said that fate shuffles the cards, and we play. Is it not true? The film shows exactly that. There is an action of fate but what gives the end of the story are the actions of the characters. This great Indian feature film deserves to be seen by anyone who believes in their dreams. Sometimes the wrong train goes to the right station. Never stop believing in it!

Note: if people can get to know each other through exchanged lunchbox tickets, why can’t they find someone on Tinder? 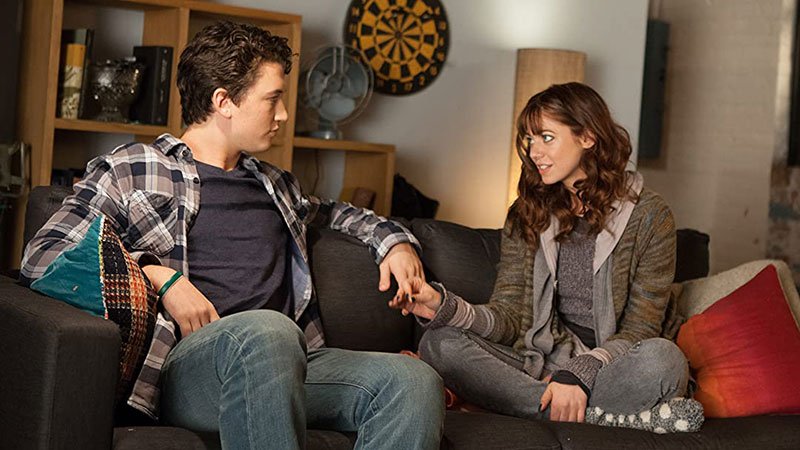 How to control post-adolescent urges? Directed by American feature film debutant Max Nichols and with a script by Mark Hammer, Two Night Stand is a comedy with an independent twist. Actors Miles Teller (from the spectacular Whiplash) and Analeigh Tipton have a beautiful harmony in the scene which reveals the many clichés and the lack of depth of some of the dialogue.

In the plot, we meet Megan (Analeigh Tipton), a former medical student who recently broke up with her fiance and can’t let go of her loneliness. One day, he decides to register on one of the countless relationship portals that exist on the internet. Thus, he meets Alec (Miles Teller), a young man who loves jokes and who will spend 48 hours with Megan. At first, they don’t understand each other, but little by little they begin to discover the history of each of them.

The naturalness and improvisation of the main duo throughout the band attracts attention. There is a lot of charisma on the scene. The script disguises itself as superficial to seek its depth in the various clues of complex existential problems with relationships. Two Night Stand may be considered by some to be an “afternoon session” movie, but it tries to be different or even mature at many points. 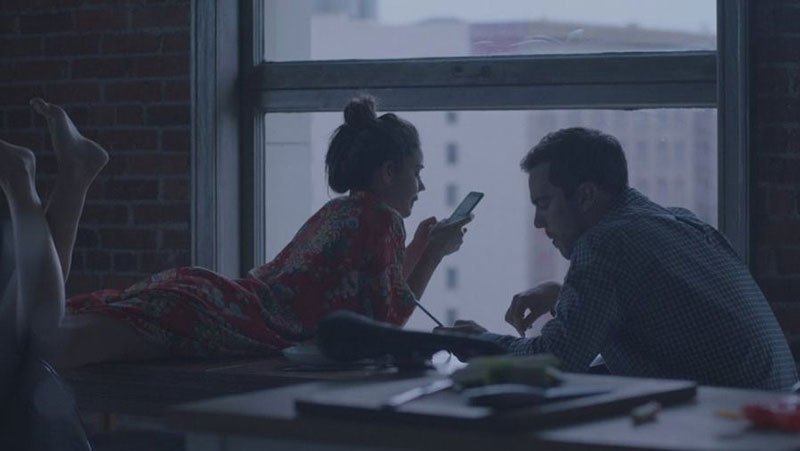 The Challenges of Love in the Modern Age, Match Every Corner. You are meeting someone for a dating app, how likely is it that it is a superficial relationship or a deep relationship? After writing the big screenplay for Like Crazy, American screenwriter Ben York Jones created Newness, directed by Drake Doremus. The drama revolves around two young people who meet through a relationship app and end up having a more intense relationship than expected, creating strategies and situations so that both do not drop this meeting into a routine that they initially believe. (almost naive) would be the worst problem to face. Reflective, he draws a very interesting cut on relationships.

In the plot, we meet Martin (Nicholas Hoult), a young introspective pharmacist, who lives alone and has enormous difficulties opening up but with a need for intense and distant relationships. In parallel, we also met Gabi (Laia Costa) who is a young Spanish woman from Barcelona, ​​who works and studies in the United States. The two seek short-term passions in dating apps, shallow until they meet and things that seemed simple get a lot more complicated due to a feeling that grows and quickly turns into great love.

It takes courage to love someone. The rapid initial pace prepares our eyes and thinking for the epicenter of everything: the routine in a relationship. In consultation with the couple psychologist, they begin to better understand the common world they share. They then seek out some kind of extreme honesty game, basically an open relationship, which even without references believe themselves to be protected by what they feel. But what is a perfect relationship? There is a magic formula where we try and try, but something tends not to fit and from there it becomes a give or not to give in which may or may not influence decisions about the future.

The characters are very well detailed. Martin with his emotional problems, even trauma like an old relationship; Gabi with her air of freedom but hiding her loneliness and her constant need. The direction that this story sets out to take opens many more tabs for our reflection: happy moments are facts, situations, which life brings us, but does full happiness exist? Or is the fact that we know how to face bad times the flame of true love? Interesting thought.