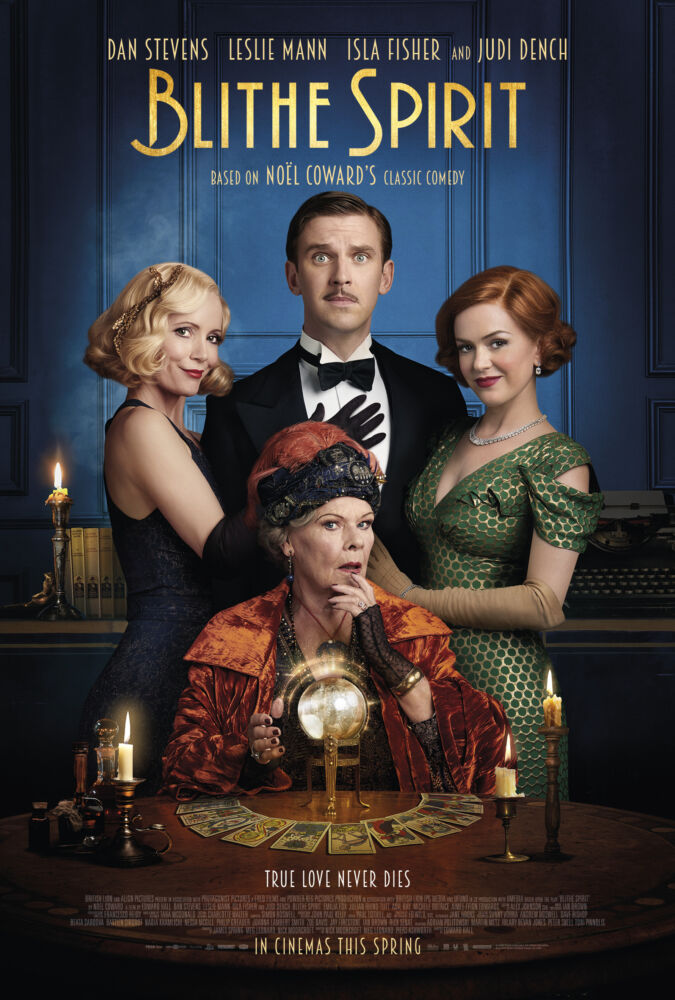 The film is directed by Edward Hall and is based on the homonymous play by Noël Coward released in 1941.

Best-selling crime novelist Charles (Dan Stevens) suffers from terrible creative blockage and struggles to complete his first screenplay. His new wife, Ruth (Fisher), does what he can to keep him focused, so they can fulfill their dream of leaving London and moving to Hollywood. Charles’s search for inspiration leads him to meet the eccentric and mystical Madame Acarti (Dench) to have a session. However, he earns more than he asked for when Acarti summoned the spirit of his first wife: the brilliant Elvira (Leslie Mann).