Despite making its UK cinemas debut in 2005, the classic horror film ‘Abyss of Fear’ hit cinemas around the world almost a year later, after a very successful screening at Sundance in 2006.

From its release until today, the work still claims its place as one of the best productions of the genre of the 2000s, revolving around six women who, after entering a cave complex, struggle to survive against humanoid creatures who want to kill them.

Praised for its performance, directing, and claustrophobic nature, the unexpected critical and commercial reception (generating over $ 57 million worldwide) has earned favoritism and cult status among the film community. And to celebrate your recent birthday, we’ve put together a list with some behind-the-scenes trivia for you to check out. 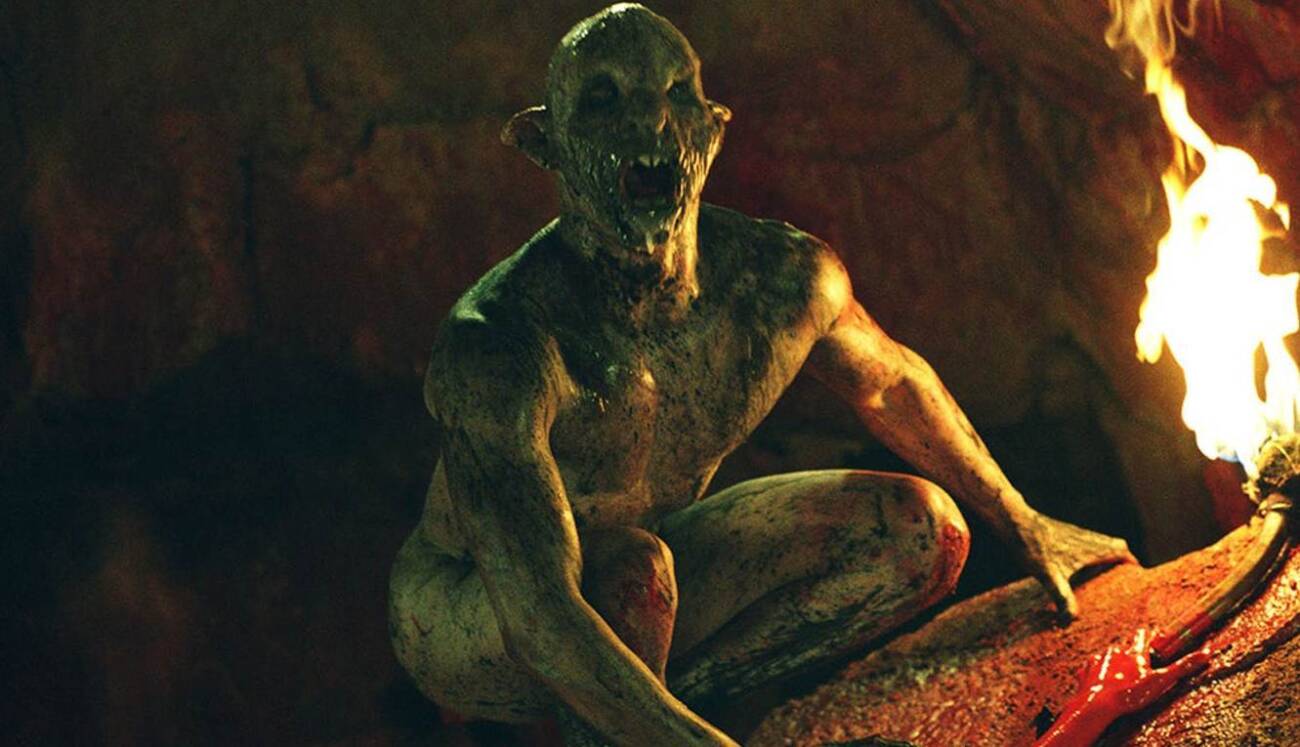 The cave creatures were created by looking like Nosferatu, the classic German expressionist character who named the 1922 film. Originally, they would have had big white eyes, but the idea was dismissed as sounding too silly. Each actor spent three and a half hours undergoing an intense transformational process, which included a full body shave and the application of makeup and prosthetics. 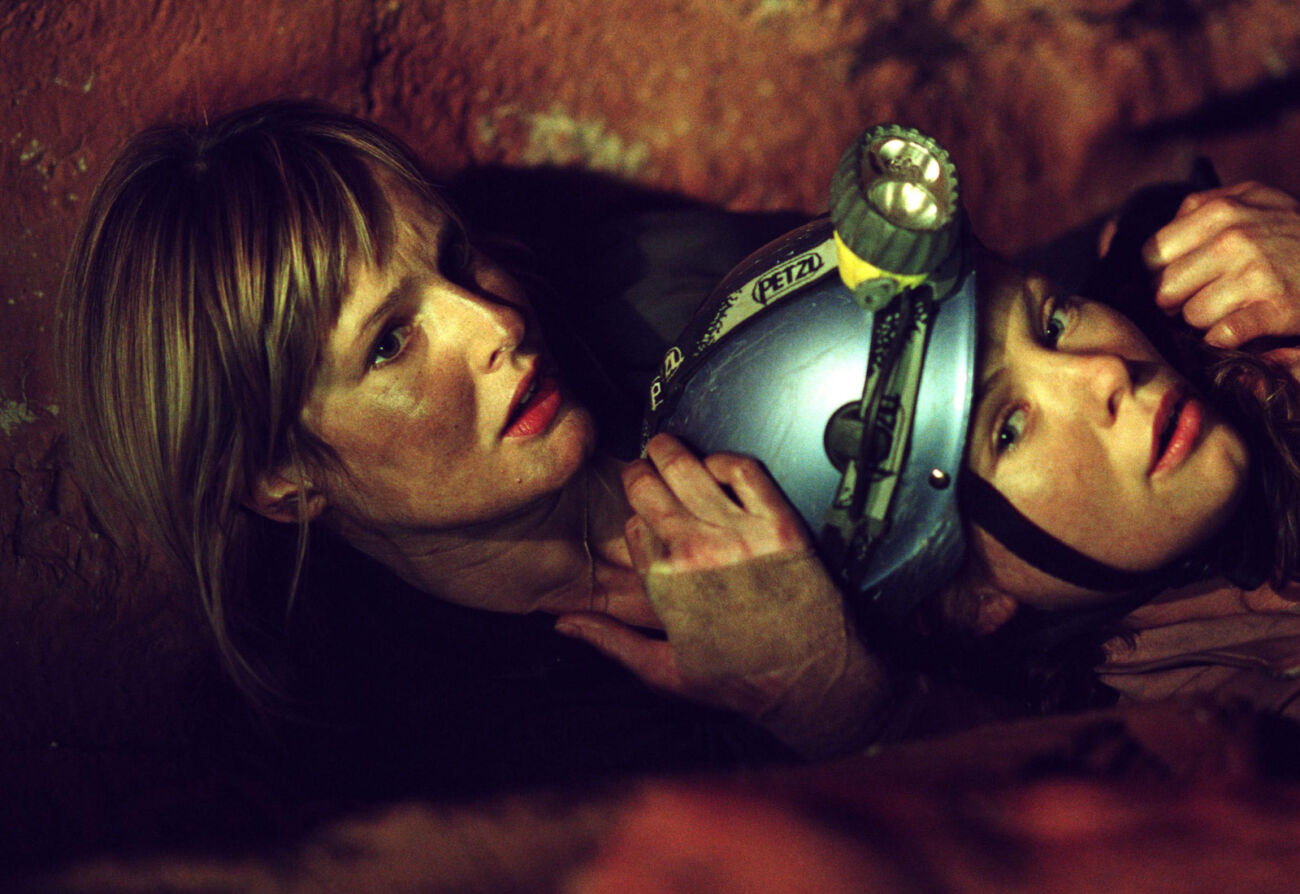 Neil Marshall, the director of the film, as well as the producers, came to a consensus that it would be too dangerous to shoot inside a real cave and that it would take a long time to prepare. Therefore, they chose to build it inside the studio. 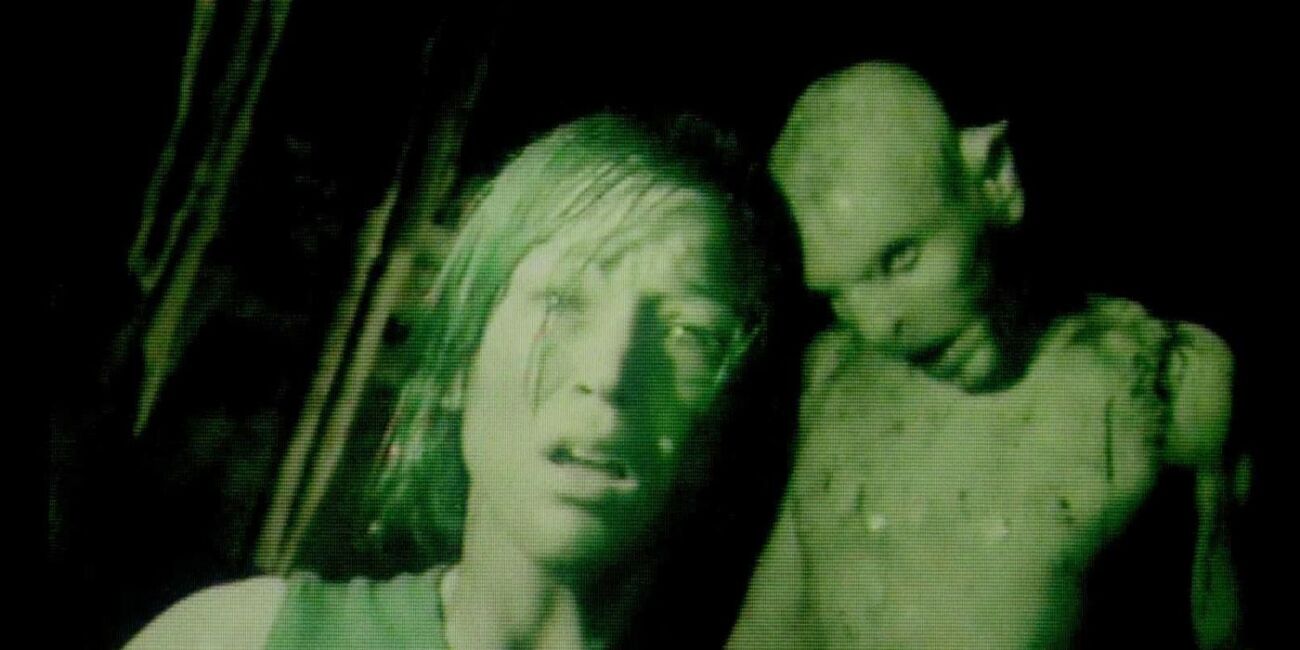 The appearance of the creatures has been kept a secret from the casting until the first scene in which the encounter takes place. When the actresses finally participated in the sequel, they got really scared and screamed in fear, fleeing the set and laughing.

As seen in the DVD commentary, Shauna Macdonald (Sarah), Natalie Mendoza (Juno) and Alex Reid (Elizabeth) performed the rafting scene on their own, without using visual effects or stunts. 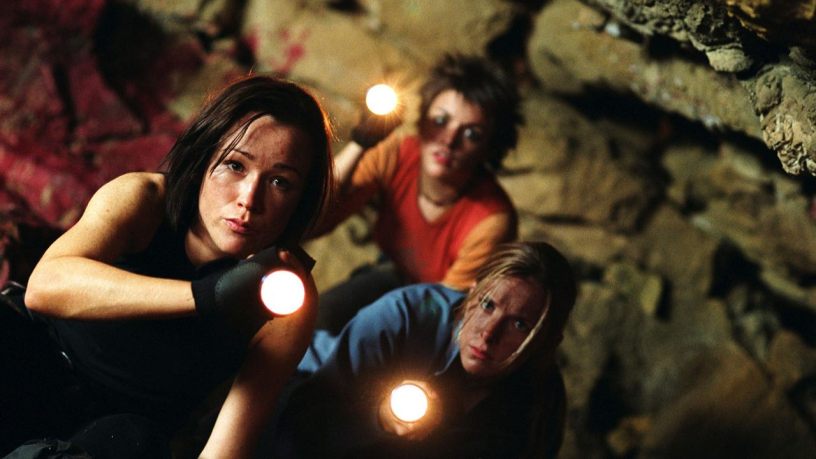 22 caves were built for the feature film, carefully repurposed with different camera angles, art direction, and lighting – suggesting an endless collection of tunnels and caves. For added realism, the filmmakers limited the lighting to objects used by the protagonists, including flashlights and glow sticks. 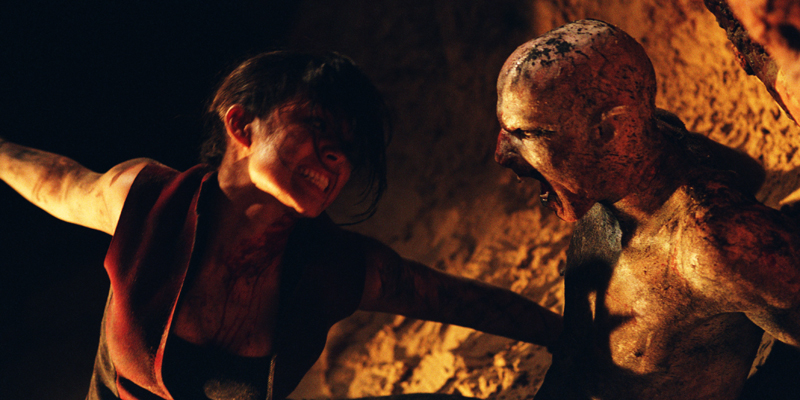 At Marshall’s insistence, all of the people playing “creepers” were professional actors rather than stuntmen or dancers. He wanted each to cultivate a distinct characteristic for their own character – but eventually several of them appeared for a few seconds in the movie. 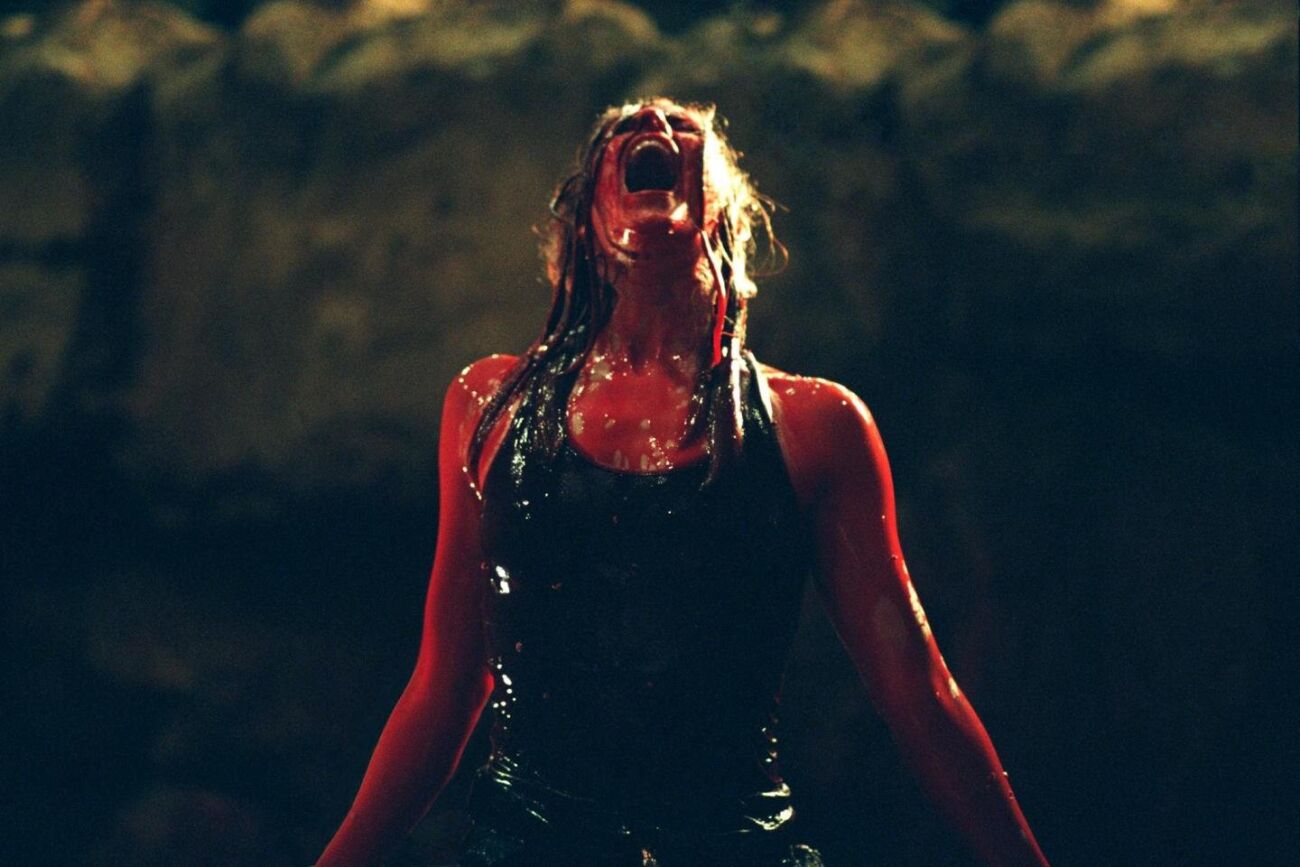 Marshall cited films such as “The Chainsaw Massacre”, “The Enigma of Another World” and “Bitter Nightmare” as the main influences in establishing the tension of the film. At the 63rd Venice Film Festival, he also commented on bringing references to Italian horror classics, including the filmography of Dario Argento and Lucio Fulci. 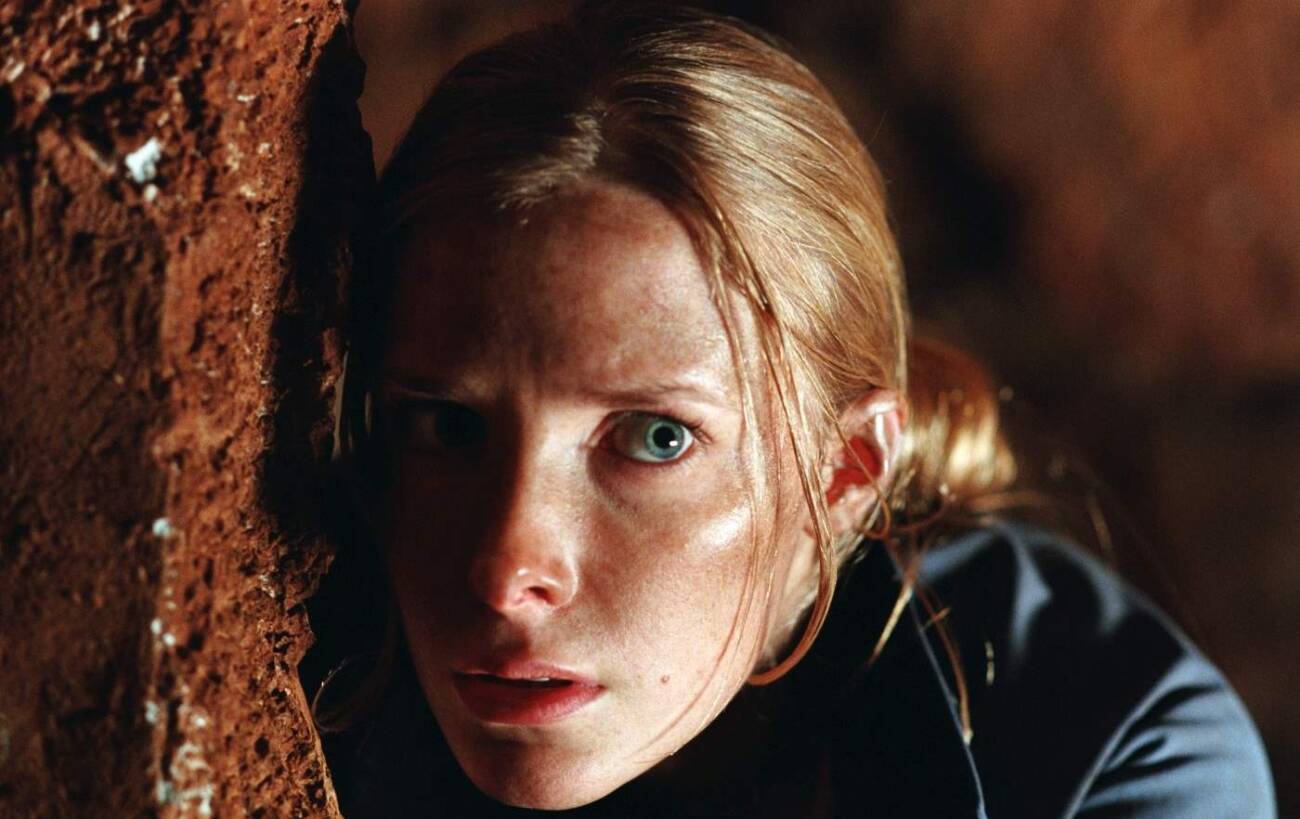 Ahead of the sequel’s release, fans speculated that the creatures were actually Sarah’s (Macdonald) imagination, and that she killed all of her friends while she was going mad. Marshall recognized the theory as a possibility and revealed that he removed the figure of one of the “creepers” during Sarah’s hallucination in the hospital, as the explanation would be too obvious. 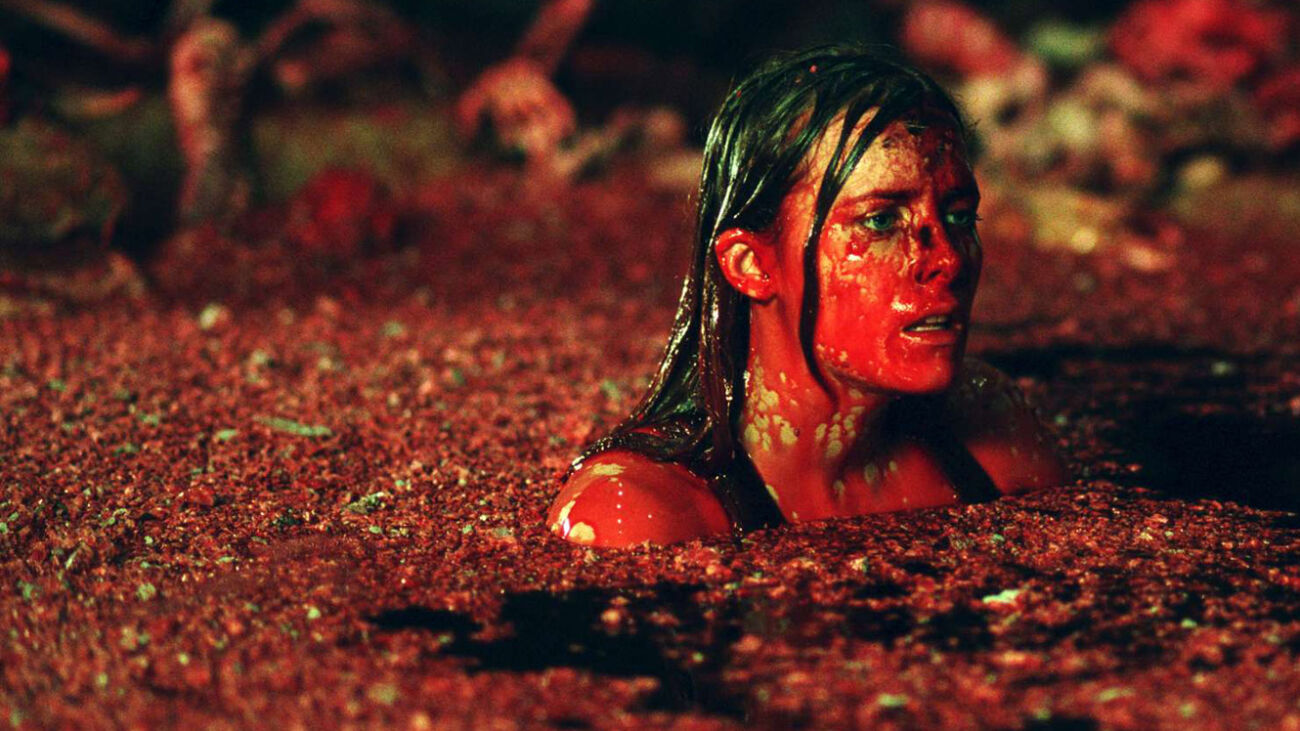 When the protagonists look at the cave they are about to enter, one of them says, “I’m an English teacher, not the damn Tomb Raider.” It is possible that the scene where Sarah emerges from the lake of blood was reproduced as a tribute in the 2013 game “Tomb Raider”.