Originally disclosed by Best Buy, the release of “Aliens: Fireteam Elite”, a game based on the classic Ridley Scott franchise, has been confirmed by Cold Iron Studios and Focus Home Interactive.

The game will officially release on August 24 for PlayStation 4, PlayStation 5, Xbox One, Xbox Series, and PC.

The game, which will feature original characters (Gunner, Wrecker, Technician, Doc, and Recon), will be third-person with three players as soldiers facing the threat of the Xenomorphs.

The plot will take place 23 years after the events of ‘Alien 3’, in a world where the existence of Aliens is no longer a secret. Players must find infested places to eradicate the beehive and its monstrosities.

The game will feature four campaigns, with three main missions. Each campaign will take place in a different location strongly inspired by the world of cinema.

Producer Cold Iron Studios has promised 20 different enemy types, including 11 xenomorphic variants. Some of these variations will only be found in certain campaigns with a mix of classic designs like the Queen and newer types like the Bursters, which are basically acid bombs. 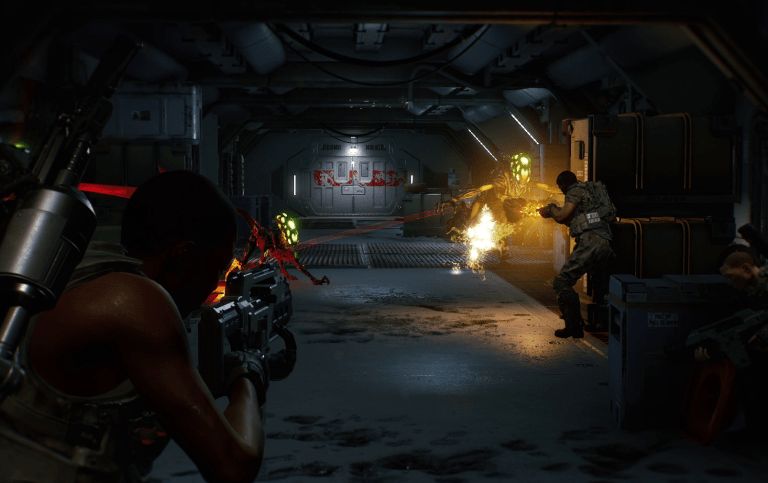