Season 10 of the beloved ‘American Horror Story’ series dubbed ‘Double Feature’ is slated for release August 25 on FX, and now director and creator Ryan Murphy has released the first poster of the new iteration.

The retro poster confirms that future episodes will feature alien and vampire themes. 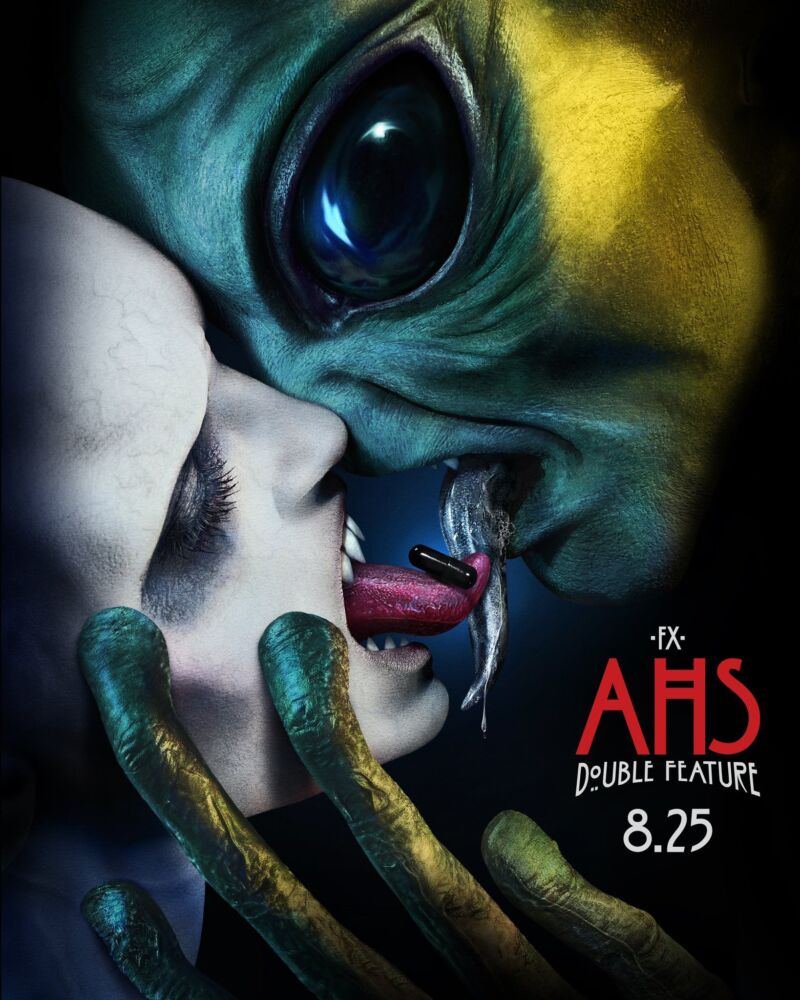 In a recent interview with Digital Spy, star Denis O’Hare commented a bit on the role he will play in the next cycle, saying he will be quite different from the characters he played in the anthology.

“He’s very different. He’s not the backbone of all the action – because he shows up later. And there is definitely an aspect of comedic relief, which I love. He’s pretty funny, I think. I have amazing costumes. I’m pretty excited about it. I was shooting a scene with Evan Peters and I had really good lines. It’s funny to see him laugh during the scenes. And I thought, ‘Wow, I loved that’ ”.

The new iteration will have 10 episodes, and its narrative will be completed during Halloween.

It should be remembered that the story of the season will be divided into two main parts: one taking place at sea and the other on dry land.