On her official Instagram, Evangeline Lilly, who is reprising her role as Hope van Dyne in the upcoming “ Ant-Man and the Wasp: Quantumania, ” revealed when filming began for the sequel.

Responding to one of the comments in a post, Lilly confirmed that the film will be shot from summer 2021 (i.e. between June and August of this year). 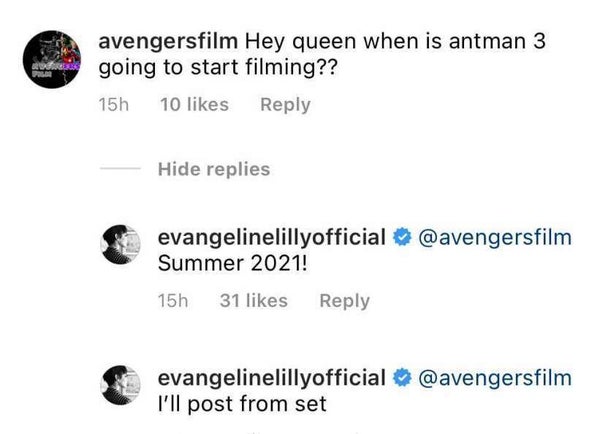 “Ant-Man and the Wasp: Quantumania” will still star Jonathan Majors as the villainous Kang the Conqueror.

Kang carries a bow of extreme importance to the Marvel pantheon and could be the next big threat in theaters after Thanos.

The sequel is written by Jeff Loveness (“Rick and Morty”), which is slated to launch in 2022. Peyton Reed returns to direct.

Together, the two films in the franchise have grossed Marvel Studios over $ 1 billion.