When Stefani Germanotta played Lady Gaga’s alter ego, she barely knew she was about to bring about an aesthetic revolution in virtually every area of ​​entertainment – including music, film, and television.

Inspired by legends like Michael Jackson, Madonna and Britney Spears (to name a few), Gaga stopped the world by bringing synth-pop and EDM to life in the late 2000s, by particularly with the acclaimed singles ‘Just Dance’ and ‘Poker Face’, which reached the top of the world charts and led the debut album ‘The Fame’ (the most successful debut album of the century). A songwriter, who has never been content to present the obvious to her growing legion of fans, has traveled from electronic music to country, rock to house, imagining fantastic journeys which, even when hitting obstacles, have been rediscovered as pioneers in countless styles. 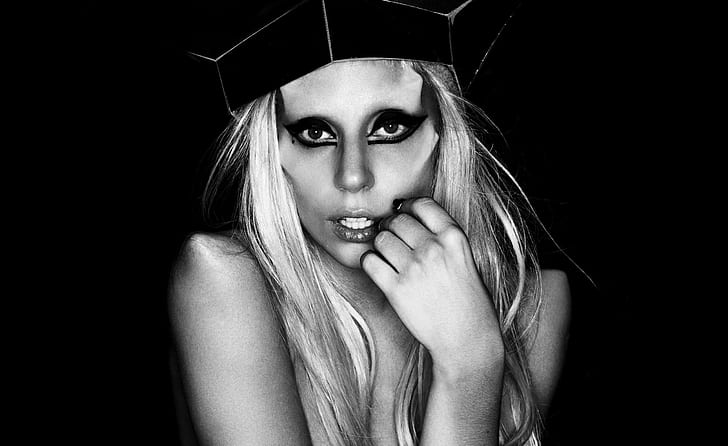 There is no one on the planet who has not heard of Lady Gaga and her accomplishments: in just thirteen years of career, she has risen to the level of one of the greatest stars of all time, imprinting a unique characteristic on each track and speaking about themes such as sexuality, self-discovery, feminism, empowerment, betrayal, love, passion, revenge and countless more. And while the phonographic scene has become her first option, she has launched herself as the director of many iconic music videos and, recently, has dominated large screens and small screens with award-winning and historic performances.

But what makes her such a unique artist?

Born and raised in New York City, Gaga has always been involved in the art and learned to play the piano at the age of four. After being admitted to NYU, she deepened her classical knowledge and began to get involved in politics, economics, religion and social issues, in addition to writing a thesis on Spencer Tunick and Damien Hirst, two important names in pop music. Despite everything, she realized that the plastered panorama of the university did not allow her to go beyond what she wanted, which is why she gave up her studies and began her own journey – which, as we can see, gave way and continues to bear hundreds of fruits.

Gaga’s imagery ranges from her name, a tribute to the band’s song “Radio GaGa”, to the political acts of her clothes – who doesn’t know the infamous meat dress she wore at the VMA ceremony? From the start, she was keen to bring all those who had influenced her towards music videos, instrumental progressions and even the way of pronouncing the verses, which is why she suffered the backlash of a bitter Madonna, the Eternal queen of pop who inexplicably believed. in that would lose its title. But the truth is, Gaga never sought the throne, but for the people who supported her decisions and her style (thankfully, the ridiculous feud between the two, fueled by narcissistic and sensationalist media, ended in 2019 after a photo that stopped the world).

As their success grew, the negative and unfair reviews were gaining mouths and making headlines in the tabloids, either for their “outrageous appearances” or for their bodies. But that didn’t stop her from showing what she had to offer – and that nothing would stop her from criticizing what was wrong.

From her early days to the recent ‘Chromatica’, Gaga has always been keen to thank the LGBTQ + community and the support it got from a social minority that continued to be slaughtered day after day. “Born This Way,” the first single from his third studio album (or second, if you consider “The Fame Monster” purely as an EP), has become the greatest queer anthem of all time and one of the most sold from history; “Sexxx Dreams”, which is at the heart of the underestimated ARTPOP, flirts with its already assumed bisexuality and builds a narrative à la Paula Abdul and The Divinyls; “Americano” evokes a daring and poignant storyline featuring a lesbian couple who have been unable to marry in the face of US anti-immigration policies; “Fashion!” extols the art of drag and even brought the spectacular RuPaul to a memorable duet; “Free Woman” is a liberation hymn for transgender women. 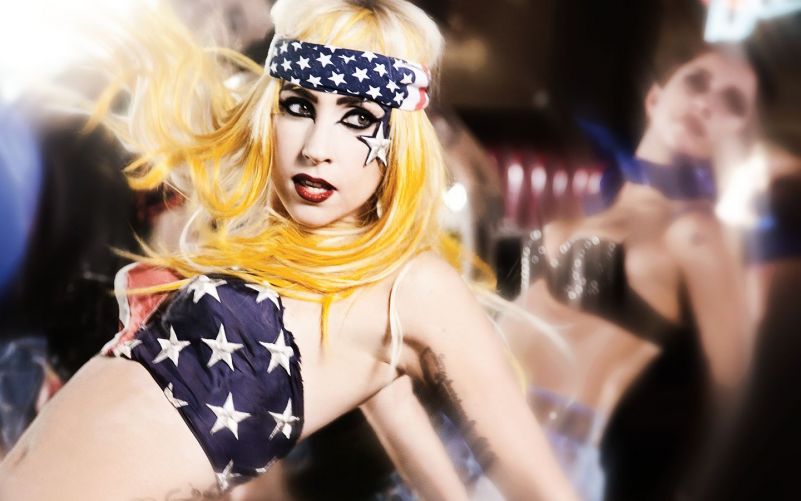 Women’s strength has also always been extolled, whether out of solidarity or to demystify the patriarchal machismo of the music industry. With Beyoncé, Gaga succeeded in conceiving a best cop buddy-style short film titled “Telephone,” putting the two greatest artists of the past decades on a colorful and tragic adventure that has garnered them numerous honors and a nomination. Grammy Awards; in “Rain On Me,” she broke records with Ariana Grande, making her debut atop the Hot 100 and showing everyone that female partnerships still have a lot to say; in the candid and funky future “Hey Girl”, she reaches out to indie pop with the famous Florence Welch.

One cannot fail to comment, too, on the constant struggle she brought to the Black Lives Matter movement with “Angel Down”, in homage to the murder of Trayvon Martin in 2012, by writing the track in response to “the epidemic of young Africans ”. Americans are being murdered “in the United States; as if that weren’t enough, she made room on her social networks for specialists in anthropology, history and sociology to talk about the extermination of blacks in her country of origin. On another spectrum, he joined the UN and WHO for “One World: Together at Home,” which raised nearly $ 130 million for those affected by the COVID-19 pandemic; as for mental issues, he released several songs that talked about personal trauma, like “Swine” and “911”, even self-help inflections for those who needed a friendly shoulder, like “Sine from Above” and “Hair”. 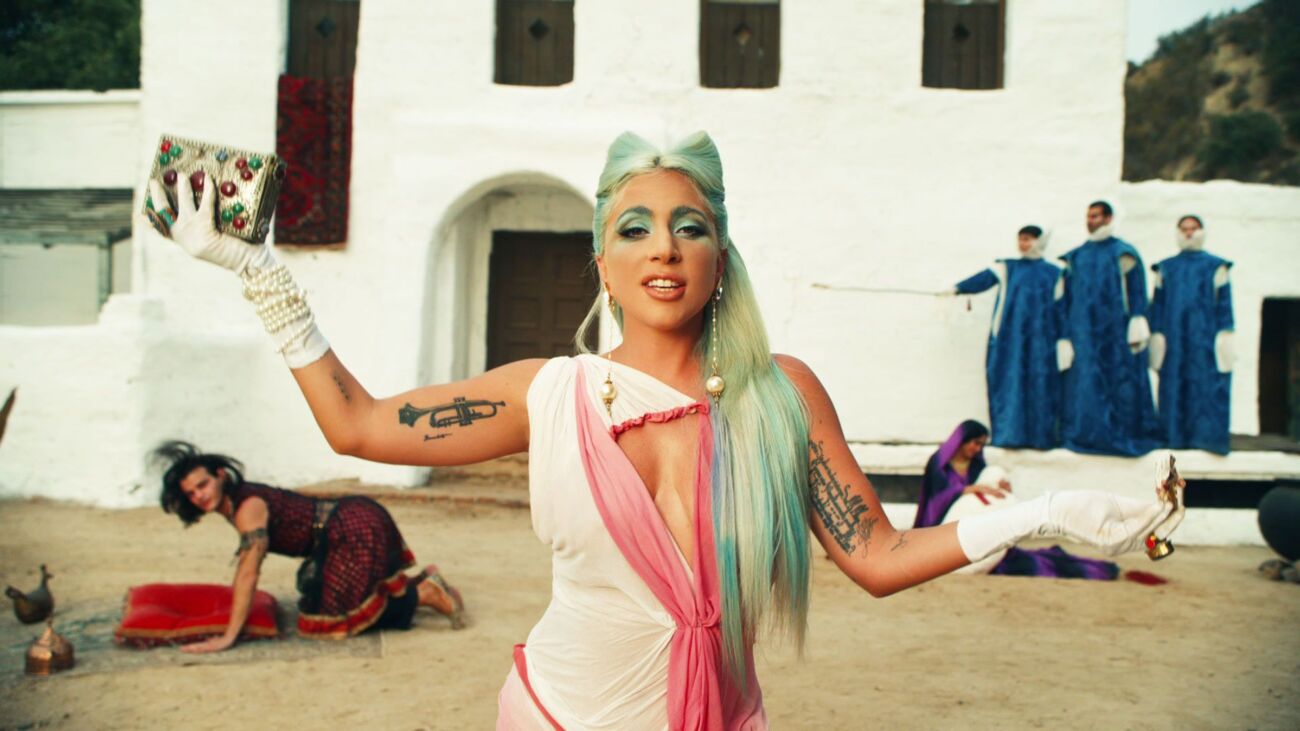 Every slice of Lady Gaga’s vibrant presence in the world is filled with symbolism and significance – which is why she’s allegedly the only one making an impact in every area she fits into.

Moving away from her necessary activism, we turn to art: two of Gaga’s main inspirations, which have guided her from the start, are summed up by Marina Abramović and Andy Warhol. Warhol was the foremost representative of the movement known as pop art (does this sound familiar to you?), Which took shape in the 1950s in England and is emerging as an interpretation of popular mass culture. From its vibrant colors to imitation of industrial aesthetics – like the constant recreation of identical images (see “Coca Cola”, 1963, or “Marilyn Monroe”, 1962). The representation of impersonality and emptiness has influenced each of the singer’s eras, notably “ARTPOP”. Its formula “Warhol-reverse” is taken with an acid irony for “Beautiful, Dirty, Rich”, “Donatella” and “Government Hooker”, while disrupting the barriers between the visual and the sound.

Abramović, a notable name for the performance, is not only remembered in every act promoted by Gaga, but was also her mentor. Abramović came to teach him everything he knows and constantly mentions that “Stefani was my best student”. The dubious character of his most commercial songs is thought out and crafted in the best possible way to be understood by the audience: “Paparazzi” and “Applause”, for example, are steeped in the controversy between ephemeral and perenniality of what we consider. like an artistic product, requiring an imaginary collaboration of the public itself and the libertarian expropriation of what it represents, that is to say that the music becomes the artist’s own installation. And such irreverence is one of the most legitimate aspects of her legacy and contribution, with countless experts touting her as the forerunner of the art of performance in music.

The old and current names drain references to what Gaga left behind for history. Beyoncé and Katy Perry, who had performed in the music industry before her, changed the aesthetics of their performances and discovered a more daring and fun side of life; Taylor Swift was inspired by Mother Monster’s constant versatility and change from country to pop to folk; Rina Sawayama and Cardi B have him as an inspiring muse; Harry Styles, Kesha and Kylie Minogue drank from the “singer’s era” released with “Joanne” to bet on simpler and more intimate works. Inventing the contemporary spectacle as we know it today, Gaga is a pioneer in a cosmological form of perfectionism that we have yet to deal with, carefully disentangling every dance step, every note played, every syllable spoken. 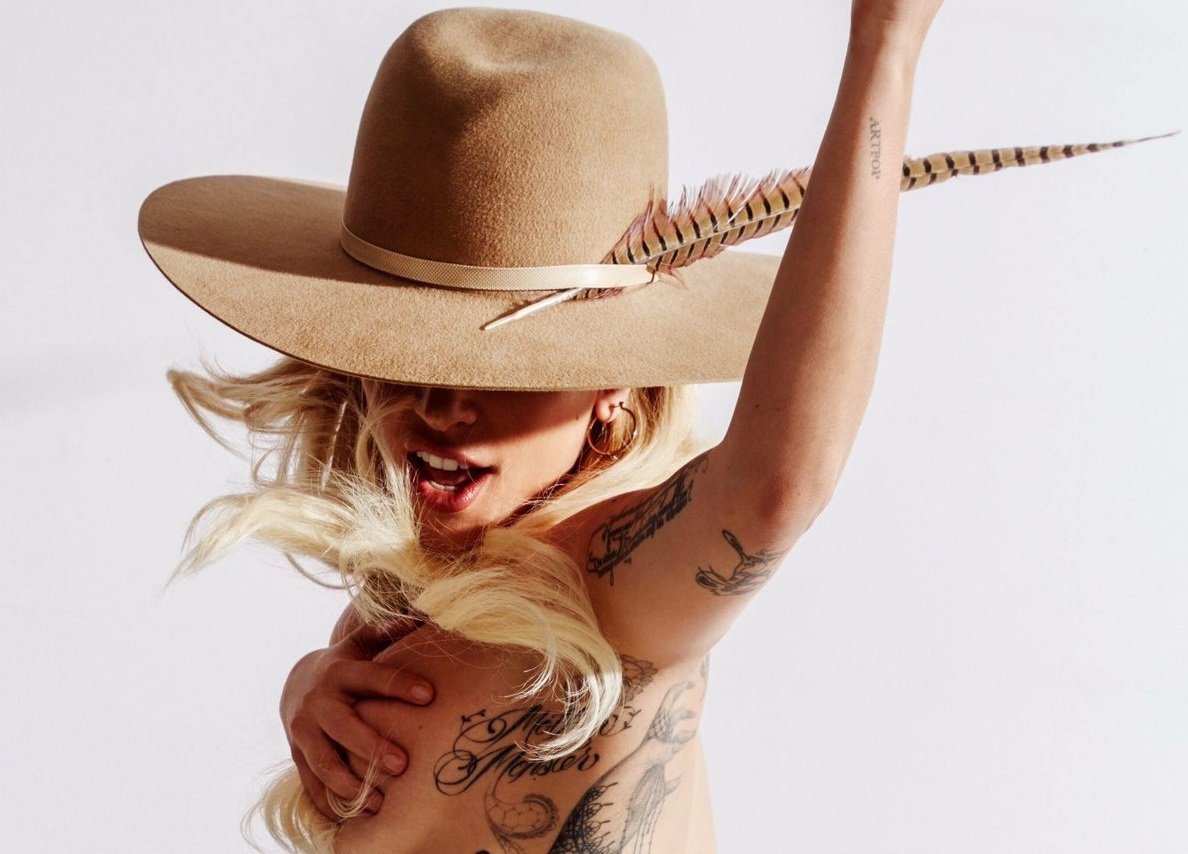 Talking about his decorations, at this point, is somewhat redundant: in addition to 12 Grammys and an Oscar, the artist has on his program the most awarded music and soundtrack of all time; her performance in “American Horror Story: Hotel” and “Nasce Uma Estrela” has won her dozens of statuettes; his performance on the Super Bowl halftime show became the most watched of all editions, in addition to being the first to bring an overtly LGBTQ + theme to a conservative channel and sport; Joe Biden would never have won the election in the United States if his great friend Lady Gaga had not launched a deep campaign to get Donald Trump out of reelection; with six # 1s on the Billboard 200 chart, she also broke records, in addition to being the first artist to debut on the Dance / Electronic chart. “Bad Romance” has been voted by countless press consortia as the greatest music video of the century, in addition to integrating, alongside “Just Dance” and “Poker Face”, the three songs that have surpassed 10 million of sales in the world.

Of course, his consistent success has also made fans and haters demand more and more from someone who no longer needs to prove anything. Reinventing herself like a phoenix, Gaga represents the past, present and future like no one else – and, as Rob Sheffield pointed out in 2012, it’s hard to remember a world in which we can’t remember. did not have; but we’re sure it was a lot more boring.