The image features the “Thanos Invaders,” horrific aliens that would be featured in the film.

The illustrator explained what the shocking scene would look like.

“In the initial version of the script, Thanos sent the invaders to spy on the Avengers. He then removed their heads and connected them with machines that would project their memories. It was a good idea, but it never made it to the final version. “

Another released concept art brings the record of a strong scene that was left out in the final cut of the feature film. In the material in question, the villainous Thanos shatters Captain America’s shield with force, in the midst of a confrontation. 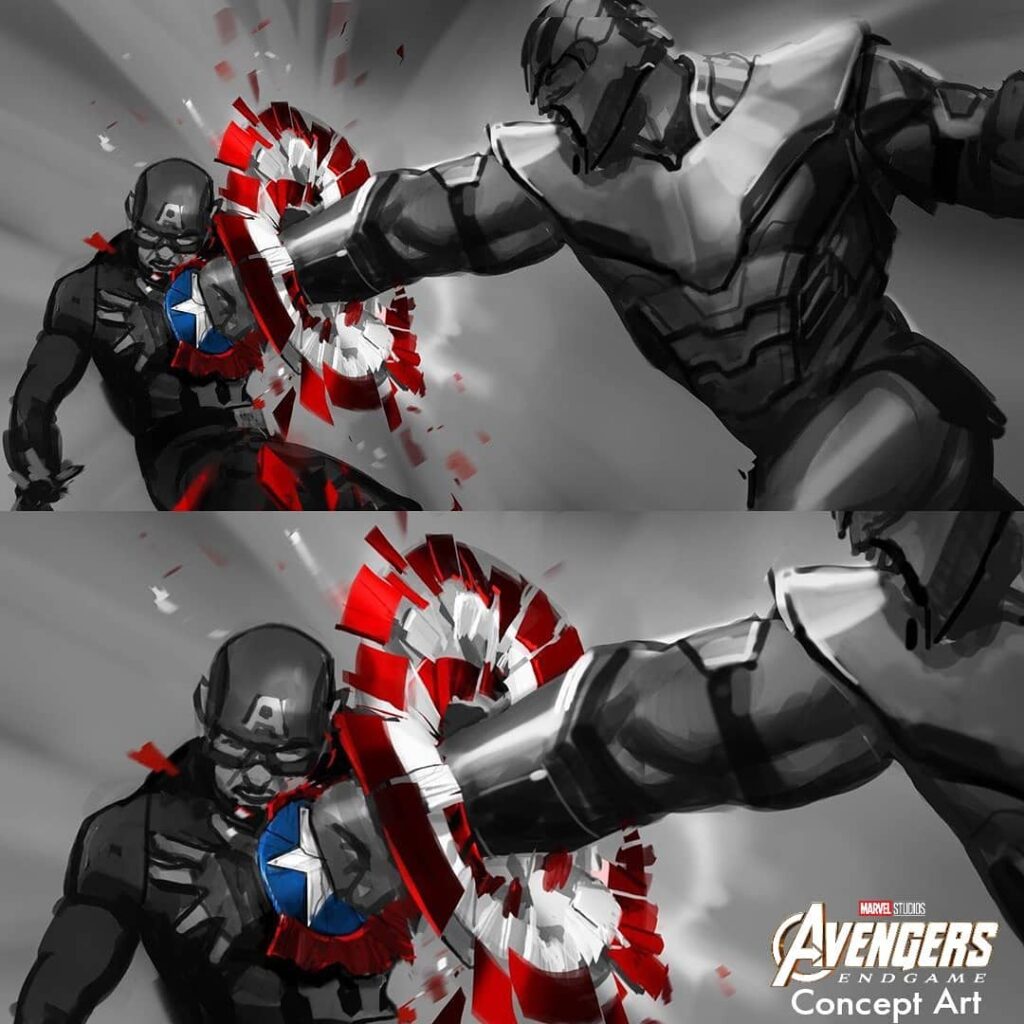 Watch our review of the film:

After the devastating events of “ Avengers: Infinity War ”, the Universe went into destruction because of Snapping Fingers from Thanos, the Mad Titan. With the help of the surviving heroes, the Avengers must reunite once again to reverse Thanos’ actions and restore order to the universe once and for all, regardless of the consequences.