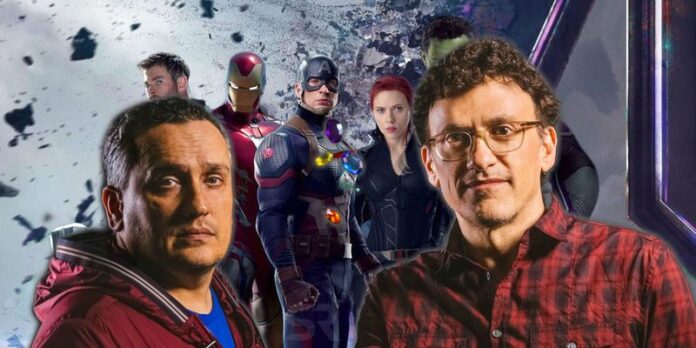 Directors Anthony and Joe Russo celebrated the two years since the release of ‘Avengers: Endgame’ by sharing never-before-seen behind-the-scenes photos.

2 years since the release of Endgame… pic.twitter.com/4x6m3pKQNv

In an interview with Deadline, the directors said the film industry will recover significantly from the coronavirus crisis.

For them, the closing of cinemas and the interruption of productions have occurred so that filmmakers can reinvent themselves and come back with all their might.

“As artists, we like to be under the pressure of changing technologies and sudden circumstances. Unfortunately, this time it was a pandemic. But I think these closures are forcing us to find new ways of doing cinema, and I think the industry will come back more strongly after that, ”said Anthony.

Joe added that he has no doubts about the industry’s recovery as it will be a milestone for creators and audiences alike.

“We’re trying to see this as an opportunity, you know? How does this affect us as storytellers? We are worried, but we are also optimistic. I don’t know how long this will last, but people can’t wait to go back to the movies and there is no doubt that it will lead to the industry picking up again. I think there will always be people keen to find out what cinema can teach through new stories.

It should be remembered that “Godzilla vs Kong” had the best film debut since the start of the pandemic.

The film grossed $ 121.8 million at the global box office, giving Hollywood hope the tents can return as theaters reopen.

Christopher Nolan’s “ Tenet ” already had the biggest box office start of the pandemic, with $ 53 million.

The film had a particularly strong roar in China, where it grossed a whopping $ 70.3 million.

The film also opened well in Mexico, Australia and Russia.