After the trailer, the official poster for the new film by controversial filmmaker Paul Verhoeven was released, which resumes his partnership with French actress Virginie Efira for ‘Benedetta’ (Blessed Virgin).

The plot follows a lesbian nun. 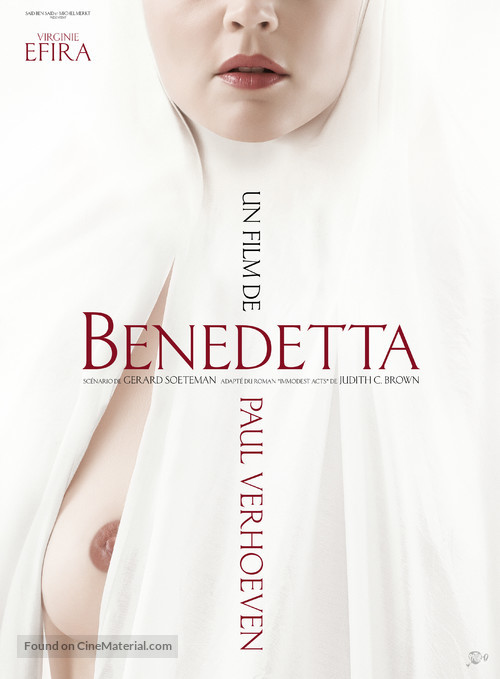 The production will adapt the academic work “Immodest Act: The Life of a Lesbian Nun In Renaissance Italy”, which tells the story of the 17th century abbess, Benedetta Carlini.

Benedetta entered a convent in the town of Pescia, Tuscany, when he was a child. As an adult, she began to relate a series of disturbing visions in which men tried to kill her. Fearing for the life of the nun, the other sisters appointed Bartolemea to accompany her. The situation eventually caught the attention of the papacy, which at the time was working in Contrarreforma. After a few visits to the convent, followed by intense questioning, it was discovered that the two nuns were indeed having an affair and even Bartolemea even admitted that they had been having sex for years.