And CinePOP received the EXCLUSIVE opportunity to interview the entire cast, in addition to director Thea Sharrock.

Watch our interviews, conducted by journalist and critic Rafa Gomes:

Brazil has published a beautiful national poster of the adaptation “O Grande Ivan”. 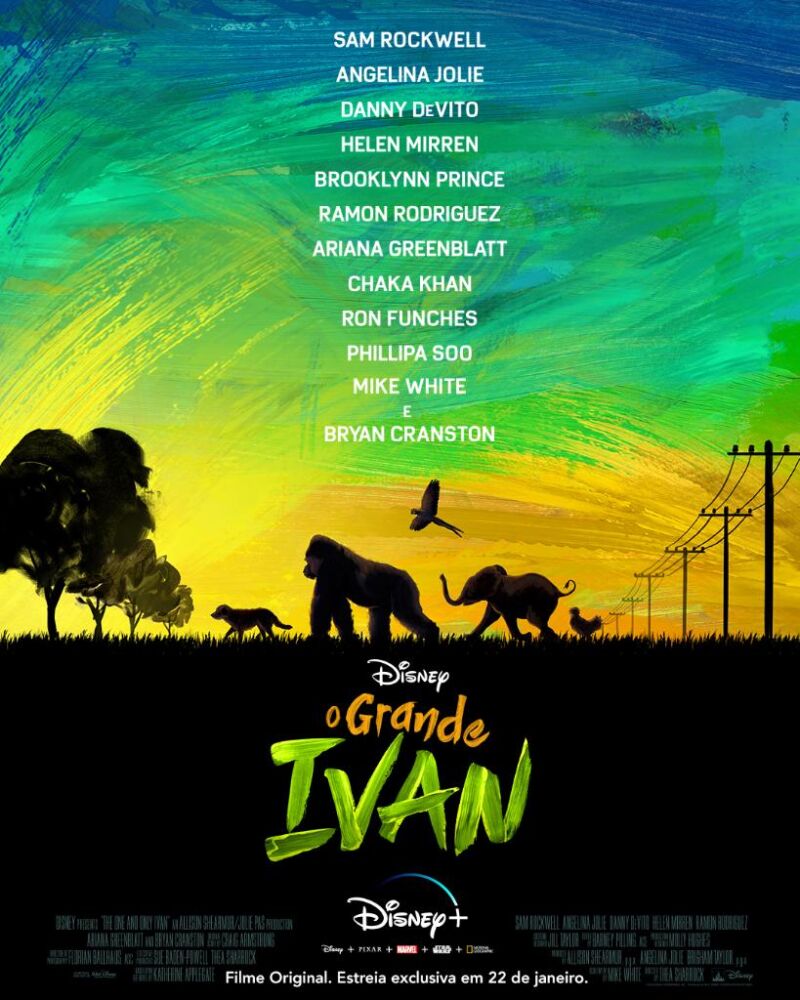 The feature film arrives in Brazil on January 22.

Thea Sharrock is leading the project.

Ivan is a giant gorilla who shares a habitat in a suburban shopping mall with Stella, the elephant, Bob, the dog, and many more. He has few memories of the jungle where he was captured – but when a young elephant named Ruby, something touches him. Ruby has been separated from his family and causes him to question his own life, where he is from and where he wants to be.

The feature film features the voices of: Sam Rockwell as Gorilla Ivan; Angelina Jolie as Stella the Elephant; Danny DeVito as Bob the dog; Helen Mirren as Snickers the Poodle; Chaka Khan as Henrietta, the chicken; Mike White as Frankie focuses on her; Brooklynn Prince as Ruby the Baby Elephant; Ron Funches as Murphy the Bunny; Phillipa Soo as Thelma, the parrot; and stars Ramon Rodriguez, Ariana Greenblatt and Bryan Cranston.