After two years of the “ Bird Box ” debut, fans noticed that the adaptation starring Sandra Bullock had several eerie similarities to the coronavirus pandemic.

For those who don’t remember, the story features dark, supernatural creatures who, when seen, drive their victims mad and commit suicide.

To protect themselves from the invisible threat, people are forced to isolate themselves at home.

But that is not enough, because they have to blindfold to avoid “contagion”. The only difference is that the coronavirus has forced people to cover their noses and mouths.

And the similarities don’t end there, as the characters in ‘Bird Box’ are responding to the threat the same way people responded to the Coronavirus at the start of the pandemic.

In ‘Bird Box’, many refuse to believe the ‘contagion’ is real, ignoring precautions and thinking it is all a joke, until the world falls apart.

Another interesting question is that no one knows the true origin of the monsters in the movie or the virus that started to spread from Wuhan, China.

So, were you convinced of the similarities?

Discover our review of the film:

We are a family business.

Aiming to earn Oscar nominations, the film made its limited debut in North American theaters.

A mysterious force has decimated the world’s population. For the survivors, one thing is certain: whoever sees it dies. In search of the last existing refuge, Malorie and her two children will have to descend a treacherous river. And the only chance to escape death is to face the most dangerous journey blindfolded. Faced with the unknown, Malorie finds love, hope and a new beginning to discover. 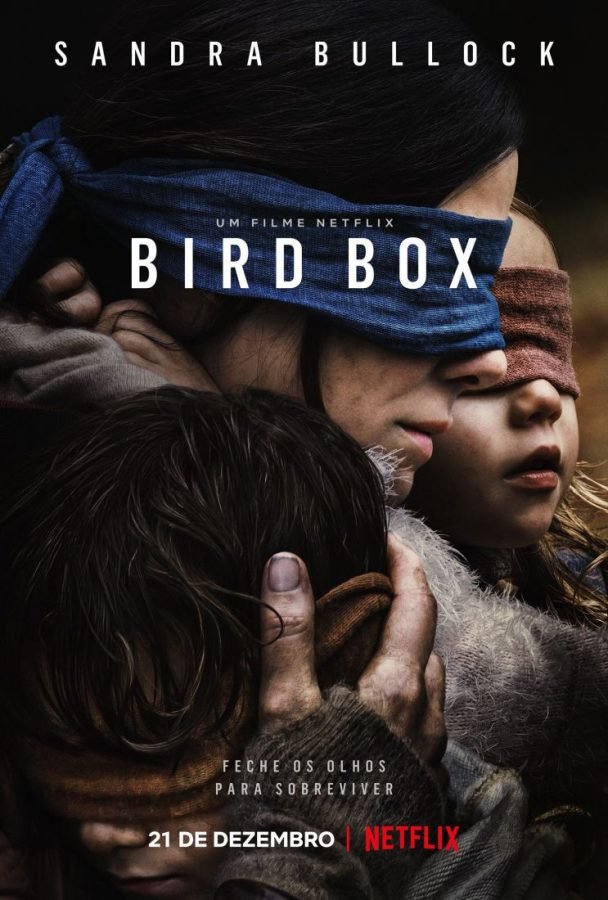