The universe originally featured in Blade Runner, 1982, introduced a concept of the future that was very different from so many other adventurous sci-fi. Dark, dirty and intimidating, the Los Angeles version of the year 2019 was the perfect step to establish the concept that the future shouldn’t generate such excitement.

Then came Blade Runner 2049 and, under the baton of Denis Villeneuve, the futuristic setting spread beyond the limits of the Californian city. The urban space of Los Angeles itself presents considerable changes from the previous film, now having to contend with a possible uncontrollable increase in population and a disorderly expansion of urban space.

With a 30-year gap between the two films, it is established that a few important events have taken place in the meantime. The end of Tyrell Corporation (the company that produced the replicas of the first film); the huge blackout that almost destroyed a society so dependent on machines; the ultimate destruction of the environment.

Prior to the release of BR 2049, some short films were released on the internet in an attempt to introduce new characters and expand the mythology of the series a bit (similar to what the Matrix trilogy had with animations), mentioning the blackout and quickly introducing the new character of Jared Leto.

It is precisely with this initiative that the anime Black Runner: Black Lotus was produced, whose plot takes place in 2032 and which follows Elle, a replicant who does not remember the past and who has in her hands a device that can give him answers. However, the device is blocked, forcing him to seek help in dangerous Los Angeles.

The anime itself relies heavily on 3D modeling (same style as the Resident Evil animated films, for example), leaving out a more traditional aesthetic of 2D animations. It is especially in dark environments that this choice turns out to be the right one, highlighting the strong neon colors so characteristic of the series.

Also important is the sense of continuity with other productions of this brand, such as the animated short Blackout 2022. Another anime released to promote BR 2049, this one focuses on the aforementioned blackout and events. that led to it. It is a work that dialogues directly with the scenario presented not only in 2049 but also in 2032. 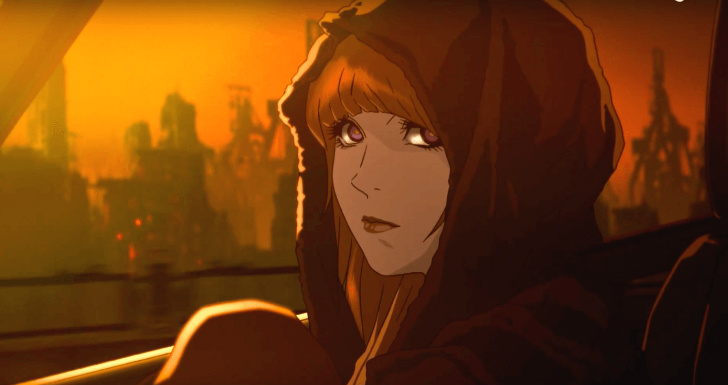 The short film surprisingly created a group of fans

With three episodes released to date on Crunchyroll, the anime is an original production of the service, the promise of a further deepening of an already known universe, with visual work that greatly favors the dark atmosphere of feature films.

The fact that the new story has a replicating protagonist (like the K in 2049 and possibly Deckard in the original) keeps the parallel with the previously told stories intact, again in the eyes of the replicants who are often more human than humans themselves. themselves.