The idea of ​​the studios to release their films simultaneously in theaters and in streaming did not please the big cinema networks.

Cinemark has announced that “Raya and the Last Dragon”, the new animation from Walt Disney Studios, will not be shown in its US theaters.

Disney had planned to release the film in more than 2,000 North American theaters and sell the film at the same time for $ 30 in Disney + streaming, both starting March 5.

Disney’s viewing conditions were difficult, according to Deadline, prompting theaters to choose not to show the film.

In Brazil, Cinemark and Cinepólis, the two biggest in the country, are also not expected to show films in their theaters.

“In today’s operating environment, we are making short-term booking decisions on a low-key, film-by-film basis, with a focus on the long-term benefits for exhibitors, studios and viewers,” said a Cinemark representative at EW.

“While we speak to The Walt Disney Company, we have not yet reached acceptable window conditions for ‘Raya and the Last Dragon’. As we continue to work with our partner studios, we remain optimistic that we will achieve mutually beneficial terms that will give moviegoers the opportunity to see the exciting movie programming in our theaters. “

“Raya and the Last Dragon” is the new and anticipated Walt Disney Studios animation and is already pleasing international critics.

On Rotten Tomatoes, the feature opened with 94% approval, scoring 7.80 / 10 based on 54 reviews to date. The work was hailed for the nostalgia for the story, the visuals and the messages it delivered to the public.

Check out the reviews below:

“A series of familiar ideas turns into something relatively original” – ScreenCrush.

“’Raya and the Last Dragon’ may tell a family story, but the wonderful animation, adorable cast of characters, and an interesting perspective overshadow the fact that it’s a bit predictable.” – Bleeding Cool.

“’Raya and the Last Dragon’ is the funniest Disney princess story since ‘Mulan’” – Den of Geek.

“A warm recommendation. It doesn’t have the strength and focus of other top Disney movies ”- Dan Murrell Reviews.

For R $ 69.90 and for the limited time between March 5 and 19, Disney + subscribers will be able to see and replay the animation as many times as they want on their favorite devices, along with the movie. passes in the rooms.

Premier Access subscribers will see the animation as soon as they click on the exclusive area, with no deadline to view it, without interruption and without any other limitations than those already stipulated in the subscription contract and as long as they keep their subscription active. .

Directed by Hall and Carlos López Estrada, the film is Disney’s 59th animation and its first fantasy adventure inspired by Southeast Asian cultures. 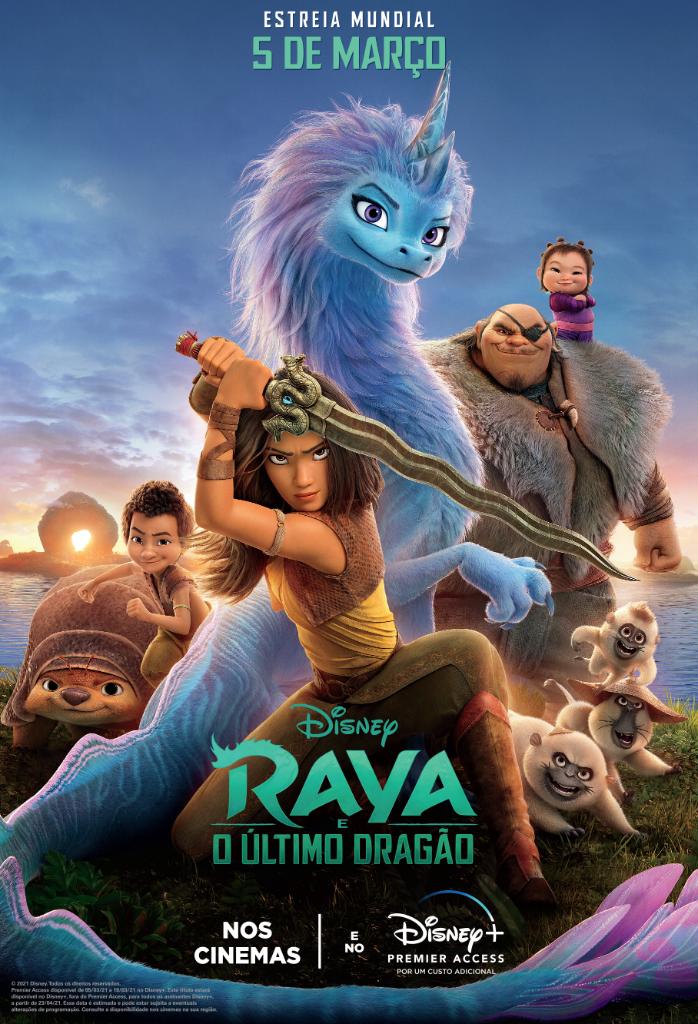