As part of a new multi-million dollar deal with Netflix, acclaimed director Shonda Rhimes brought the long-awaited adaptation ‘Bridgerton’ to life, a series based on the eponymous saga by bestselling author Julia. Quinn.

However, it’s worth remembering that, as this is an adaptation, not the entire Victorian-era passionate universe that Quinn designed did not go into the final cut. For this reason, we’re listing the main differences between the original novels and the show’s first season.

THE DESTINATION OF MARINA THOMPSON 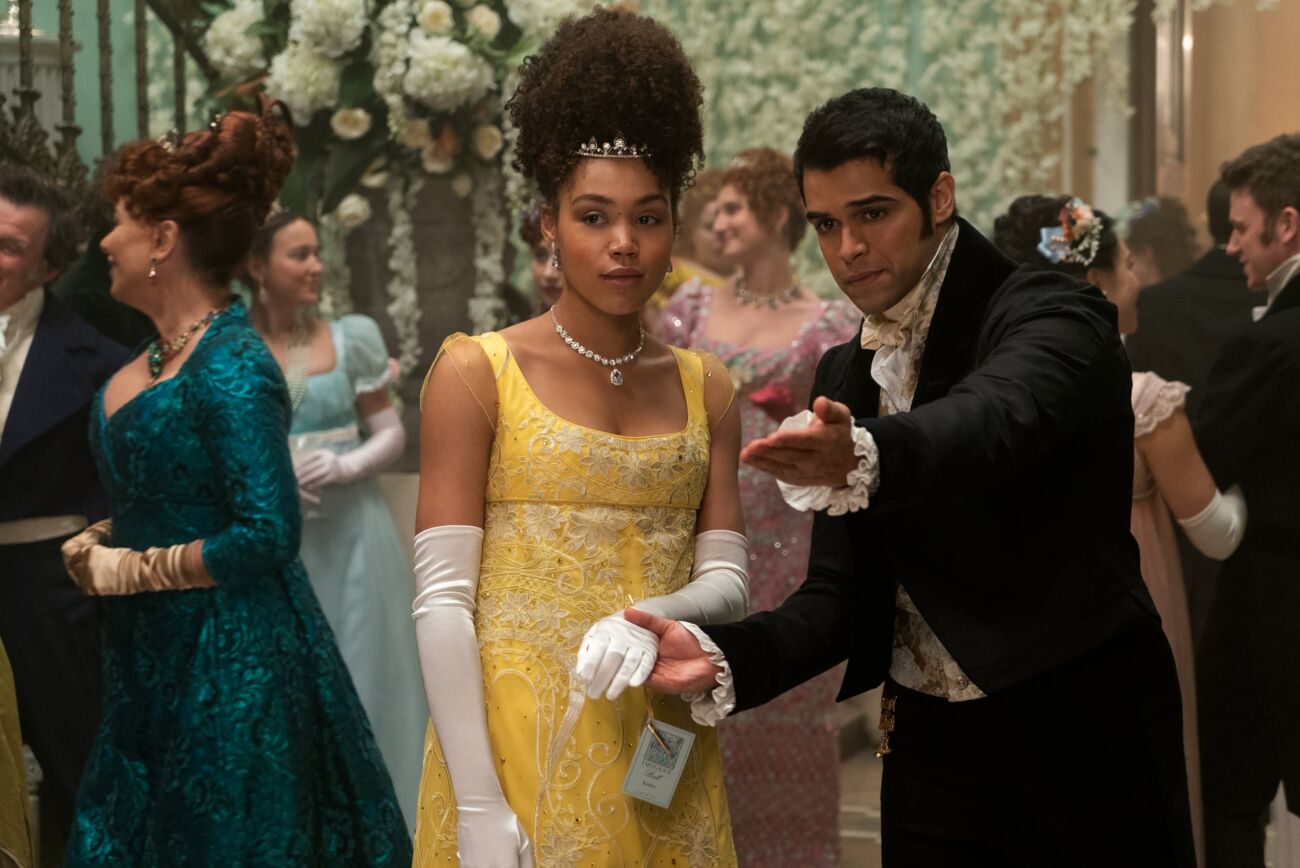 Marina Thompson (Ruby Barker) shocked the Featherington family when they arrived in London, but the character does not appear in the Romantic Saga until the fifth volume, “ To Sir Phillip, With Love. ” In fact, Marina has a tragic story that involves the loss of love and a brutal suicide attempt. The young woman was the first wife of Phillip Crane, Eloise Bridgerton’s romantic interest, and went into depression after the death of Phillip’s older brother, whom he should have married. Trying to drown in a lake in the dead of winter, Marina was saved by Phillip, but succumbed to a fever, dying and leaving her husband and two children behind.

In the series, Marina is a totally different build. She is a distant cousin of the Featheringtons who was sent from the countryside to the city for an unwanted pregnancy. She seeks to terminate the child she is carrying or even cheat on one of the children of the Bridgerton family into accepting her into marriage – but things don’t go as planned. At least she’s still involved with the Crane brothers, albeit in completely divergent ways. 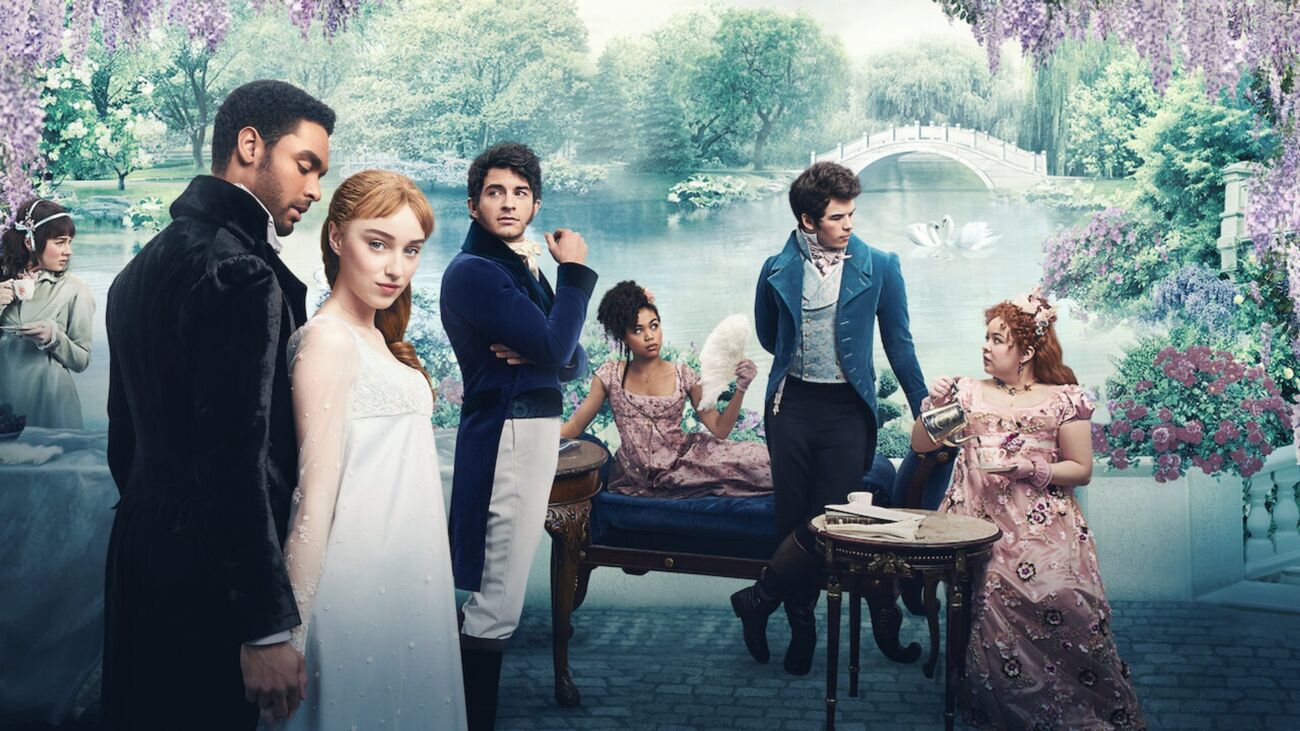 Most of the protagonists appear in Quinn’s books, of course – but Rhimes and creator Chris Van Dusen decided to add some new storylines to the period narrative and created a series of characters who aren’t even mentioned in them. novels.

Opera singer Siena Russo (Sabrina Bartlett), for example, has never been mentioned in the books. In the series, she plays a major role in the rise and fall of Anthony Bridgerton (Jonathan Bailey), creating a forbidden affection with a high society viscount. However, Quinn initially built her as Maria Rosso, a soprano who only appears on a few pages in the volume ‘The Viscount Who Loved Me’, only to make Anthony’s future wife Kate jealous.

Queen Charlotte (Golda Rosheuvel) was also added to the episodes. The monarch simply does not exist in the pantheon of books, although he was a real person who commanded England and Ireland between 1761 and 1818. The narcotic French presence of dressmaker Geneviève Delacroix (Kathryn Drysdale) was a new addition to the adaptation, rising as the forbidden romantic interest of Benedict (Luke Thompson), the Bridgertons’ second eldest son. 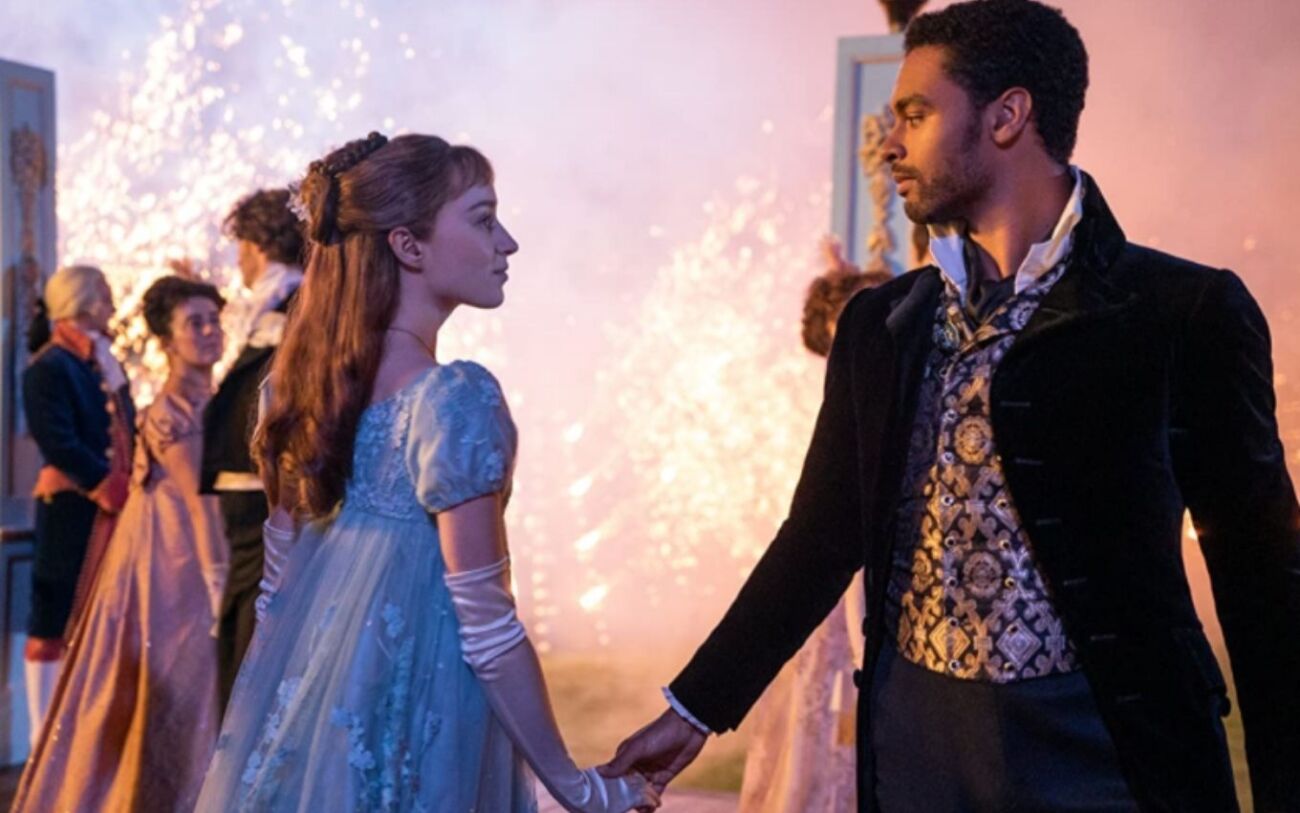 Daphne Bridgerton (Phoebe Dynevor) and Simon Bassett (Regé-Jean Page), also known as the Duke of Hastings, first meet in the series in some sort of Austenian tirade, accidentally bumping into each other in a beautiful royal ball and not getting along anytime soon right away, but forging an unprecedented partnership soon after.

In the novels, things are a little different. In “ The Duke and Me, ” a volume that opens the literary saga “ The Bridgertons ”, Simon hangs out in the garden while Daphne rejects the unbearable presence of Nigel Berbrooke, who insists on having the girl’s hand in marriage. He helps her after Daphne throws a punch at Berbrooke when he tries to take her by force (a sequence that was swept away by an uproar for the second episode of the series).

More than that, the duo carry other differences as well: in Quinn’s books, Daphne is in her second season of finding a husband and is very nervous about this whole marriage process; in the series, the young lady makes her debut in high society and doesn’t seem worried with all the bureaucracy. Simon, for his part, does not participate in any boxing tournaments on the original pages, while still using the sport as a means of escape and investment in the reinterpretation of Netflix.

A ROMANTIC AFFAIR NOTHING 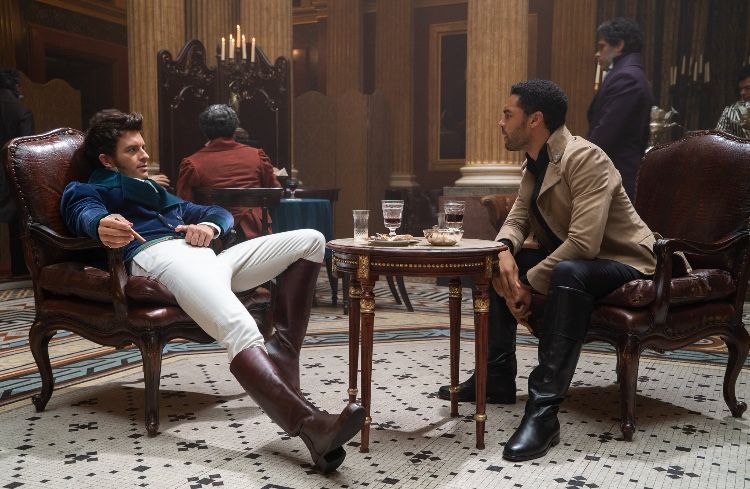 In the books, Anthony isn’t even half the overprotective youngster towards Daphne as shown in the series. In fact, he is the younger sister’s partner and teams up with her to keep unwanted suitors out of sight – all the while turning into a toxic man with parental interests.

More than that, Anthony is allied to the farce created by Daphné and Simon. The couple, united for a common good, tells Anthony about the pseudo-court, leading him to accept the arrangement under three conditions: that everything remains secret; that Simon and Daphne are not alone at any time; and that “if you don’t even kiss his hand without a companion, your head will be cut off.”

RETURN OF THE DEAD 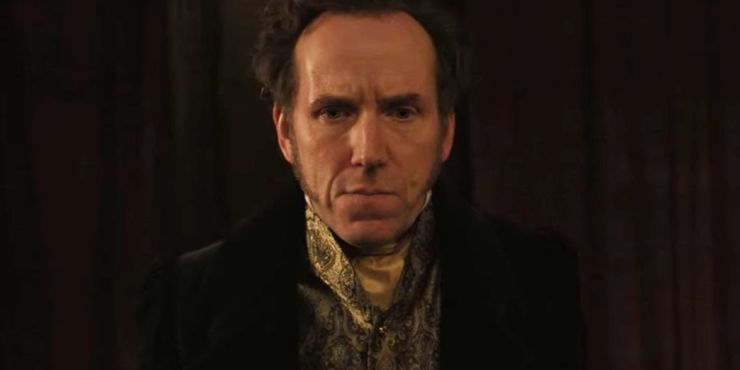 Ben Miller did a splendid job playing Lord Featherington in the first season of ‘Bridgerton’, adding some layers of depth to the family in question and elevating himself as a pivot of shocking secrets. Although his appearance was not consistent, the figure was an interesting addition to the lineup of Victorian London nobles.

However, in Quinn’s first book, Lord Featherington was already dead. In the series, he eventually finds a family destination, managing to recoup all the money lost on unscrupulous bets before being confronted by two mercenaries who poison him in exchange for keeping the last name intact.