This Saturday, July 17, the 74th edition of the Cannes Film Festival ended with the consecration of the disturbing and nauseating Titanium, the second film by French director Julia Ducournau (Tombe). She became the second director to win the event’s highest honor, after Jane Campion for The Piano (1993), which tied with Kaige Chen’s Farewell, My Concubine (1993). Julia Ducournau is therefore the first woman to win the highest distinctions at the Cannes Film Festival on her own.

Enthusiastic and surprised by the prize, Julia Ducournau took the stage alongside the actors Agathe Rousselle and Vincent Lindon and especially thanked the jury and President Spike Lee for choosing a film outside of the “standards” of the event. “Thank you to the jury for having voted for more diversity in cinema and in our lives. Thank you, jury, for letting the monsters in, ”said the director of the Théâtre Lumière. 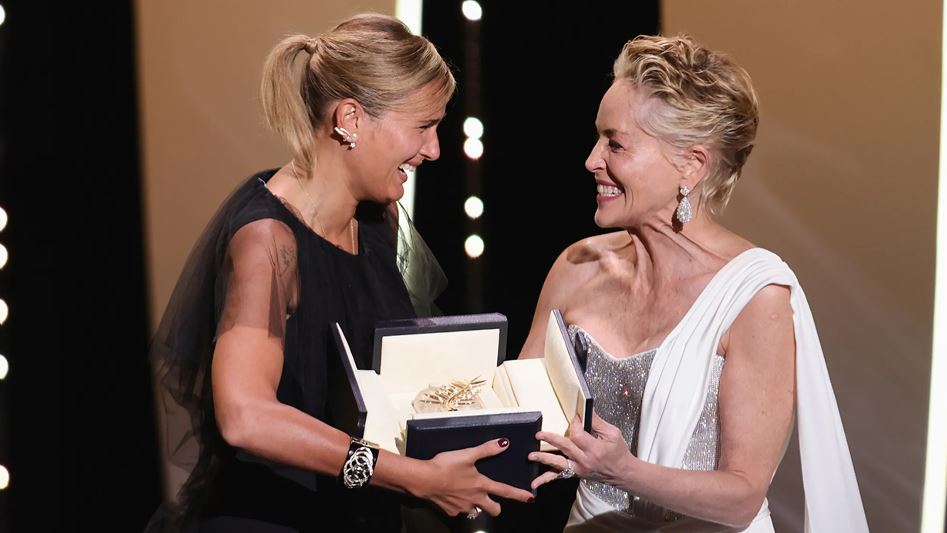 In a touching speech filled with tears, Julia Ducournau also thanked the actors, producers, distributors and her parents for having supported and left her free. Read the 2021 winner’s acknowledgments below:

“When I was little, it was a ritual to watch the ceremony on TV with my parents, and by that time I was sure that all award-winning films had to be perfect, because they had the honor of ‘being on this stage … And, tonight I’m on this stage and I know my movie is not perfect. I know my movie is not perfect, but I don’t think a movie is be perfect in the eyes of those who made it, and it is said to be monstrous.

Now that I have become an adult and a director, I have realized that perfection is an illusion of the past … And the monstrosity, which frightens some and permeates my work, is a weapon, a force to push back the world of normativity. that surrounds us and separates us. There is so much beauty, emotion, freedom to be discovered in what cannot be put in a box …

I want to thank them very much. To the jury, for having recognized with this prize the greedy and visceral need that we have for a more inclusive and fluid world. Thank you to the jury for welcoming more diversity in cinema and in our lives. Thanks, jury, for letting the monsters in.

Julia Ducournau on the verge of tears during her speech as the emotion is strong. Now, all you have to do is go see this Palme d’Or at the cinema 💫
# Cannes2021 pic.twitter.com/is2JF6Q7oY

Among the evening’s other accolades, American actor Caleb Landry Jones won the male role play for his role in Nitram, while actress Renate Reinsve received the female laurel for The Worst Person in the World. Israeli director Nadav Lapid (Ahed’s Knee) and Thai Apichatpong Weerasethakul (Memoria) shared the jury prize.

The Best Direction was awarded to Leos Carax for the rock opera Annette, the Festival’s opening film. The closing of the 74th edition was also marked by the presentation of the Palme d’honneur to Italian director Marco Bellocchio, responsible for films such as Vincere (2009) and O Traidor (2019). Actress and director Jodie Foster received the same honor at the opening ceremony.