After the magical opening night, the 74th edition of the Cannes Film Festival held its first day of activities with two special masterclasses. The first, on the morning of the 7th, with the last winner of the Palme d’Or, director Bong Joon-Ho; and the second with Jodie Foster, winner of the Palme d’Honneur.

The following days were marked by meetings with Matt Damon (Stillwater) and Isabelle Huppert (Elle). The program ends with Italian director Marco Bellocchio (Vincere) on July 15 and Oscar winner Steve McQueen (12 years of slavery) on July 16.

Second film to become a series
In the first date with, Joon-Ho confessed that he is always surprised by the success of Parasite (2019). He also expressed his enthusiasm with the preparation of the series Parasita, for HBO, of which he is one of the producers and writes the screenplay alongside Adam McKay – director and screenwriter of A Grande Aposta (2015) and Vice (2018).

The filmmaker informed that the concept is identical to the film, although the story is set against the backdrop of the United States. For those who have seen the movie Expresso do Amanhã (2013) and the series Snowpiercer (2020-), on Netflix, you can already have an idea of ​​what is to come. 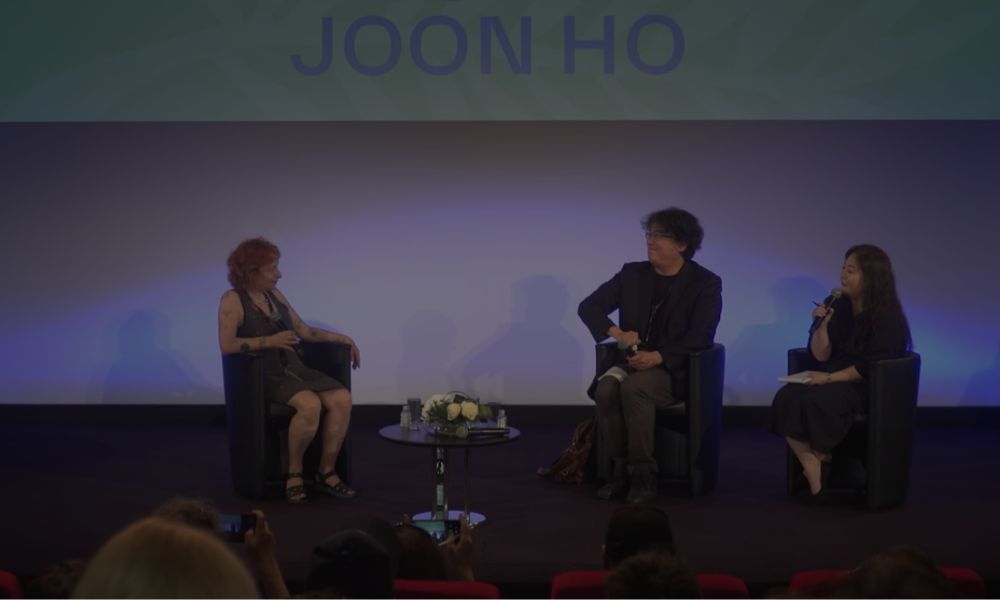 Influences and trauma
Influenced by great directors such as Henri-George Clouzot (The Salary of Fear, 1953) and Claude Chandon (Diabolic Women, 1995), Bong Joon-Ho admits that it was Alfred Hitchcock who marked him for life at the age of nine. , looking at Psychosis (1960).

“My stories are always based on an obsession, a desire to seduce the viewer. The first spectator I want to seduce is myself. It’s because I’m a movie buff and I make the movies I want to see. “, Said the South Korean director.

Future plans
In addition to the production of the series, the Korean filmmaker will produce an animation based on the French scientific book Abysses – Une histoire des Grands Fonds, by Christophe Migeon. He also invited the audience to meet new names in Korean cinema, which he supports, such as Yoon Da-bi, director of the award-winning Moving On (2020).