After the cancellation of the 2020 edition due to the Covid-19 pandemic, the Cannes Film Festival, which opened on the night of July 6, is the first major event in the film industry to be held entirely in person and similar to its previous editions. . That alone is quite a celebration for a “return to normal”.

Read also: Cannes Film Festival 2021 | What films should I watch this year?

However, wearing a mask is compulsory in all areas dedicated to the festival, with the exception of celebrities on the red carpet, on stage and in the auditorium. After all, they’re here to show you their smiles and friendly staff. Unlike usual, it wasn’t an exuberant dress that caught the attention of the Croisette show. Jury president Spike Lee stole the show by showing up in a pink tuxedo and sneakers.

For the press, access to the palace is only authorized with the presentation of the health pass: the two doses of the vaccine for more than 15 days or a negative RT-PCR test of less than 48 hours, in QR Code format. The requirement is one of the security measures for the event, which has a vaccination and testing post, but the result is released in six hours. The solution is to go to the pharmacy in front of you and pay for a ready test in 15 minutes to tour the palace premises.

The opening ceremony was presented by French actress Doria Tillier (La Belle Époque) in French, without English translation, at the Grand Théâtre Lumière. In fact, the language barrier was emphasized throughout the presentation. Starring American actors with a realtime translator, such as Adam Driver (Marriage Story) and Jessica Chastain (Ava).

The speech was in unison, the joy of the glamor of movie nights. While going on stage, the guest of honor Jodie Foster gave a speech in French and on this course, she started with: “It’s nice to get out, isn’t it?” and no one talked about the deaths of the pandemic, after all it was a relaxing time. 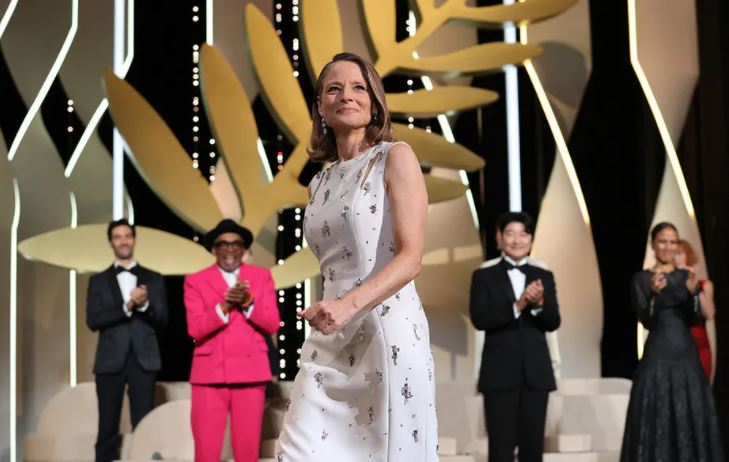 The jury was made up of five directors and actresses Jessica Hausner, Maggie Gyllenhaal, Mylène Farmer, Mélanie Laurent, Mati Diop, and the two actors Tahar Rahim and Kang Ho Song and the director Kléber Mendonça Filho, announced as coming from Brazil, “alive and resistant ”(alive and resistant). When Spike Lee took the stage, he just said he would like to speak French like Jodie Foster. Bong Joon Ho, last winner of the Palme d’Or in 2019, for Parasita, was invited by Thierry Frémaux to announce the official opening, as a bridge between 2019 and 2021.

His speech, of course, was in Korean, with a French translation. At his side, the Spanish director Pedro Almodóvar (responsible for presenting the Palme d’honneur to Foster), Jodie Foster herself and Spike Lee to begin in Spanish, French, Korean and English (the current audiovisual mecca?) 11 days of film screenings from over 50 countries.

Already the rock opera Annette, directed by Leos Carax (Holy Motors) and written by the Sparks brothers Ron and Russell Mael (present in certain situations in the film) promised shock and delight, but turned out to be a sad musical, with beautiful scenes and others not so inspiring.

With Adam Driver and Marion Cotillard, the ventricular daughter metaphor works, but it hasn’t thrilled. Although applauding at the end of the session, one of the reporters shouted “annoying”. In other words, the macabre love story has divided opinions.