Five years after presenting the forgotten The Last Frontier at the 2016 Cannes Film Festival, Sean Penn returns to the Croisette with Flag Day in official competition for the Palme d’Or. For the first time, the artist works both as a director and an actor and it is also the debut of father and daughter together in front of the cameras. At 30, Dylan Penn saw his first big movie and answered many questions about the mix of father-daughter roles on stage and in real life.

between father and daughter

According to the memoir of American journalist Jennifer Vogel (Flim-Flam Man: A True Family History, 2004), Flag Day recounts the writer’s relationship, from childhood to adulthood, with his father, a forger. and police fugitive. According to Sean Penn, the interest in the project was born simply from the meeting with a fantastic story, which moved him. He even confessed: “the first image I got while reading the script was his face. [apontando para filha ao seu lado] and with it came everything else. Of course, the story itself is touching, for obvious reasons, and Jennifer [Vogel] wrote a great book which has become a reference bible ”.

Dylan, on the other hand, who has only been in small works – like the unknown horror film Condemned (2015) – saw himself lucky enough to make his debut as a protagonist at Cannes. About the story, she says she first read the book when she was 15, so reading the script at 30 was almost like reading her teenage diary. True owner of the difficult trajectory presented in the film, Jennifer Vogel said, “When a story is as intimate as this one, you want it to be in good hands. Because it’s important to know how things are going to play out and whether the director will pay attention to all the characters. ”

To be or not to be the protagonist

At first, Sean Penn didn’t want to star in the movie. “I never wanted to have a second job, besides being a director, in this film,” he explains. Almost two months before filming began, the protagonist was undecided. “I really did everything not to land this role. I sent the script a month and a half before we started filming to Matt Damon, who was very generous in calling me quickly, not to say he couldn’t or could, but that I would be a complete idiot. if I didn’t. and miss the opportunity to work with my daughter in this job ”. 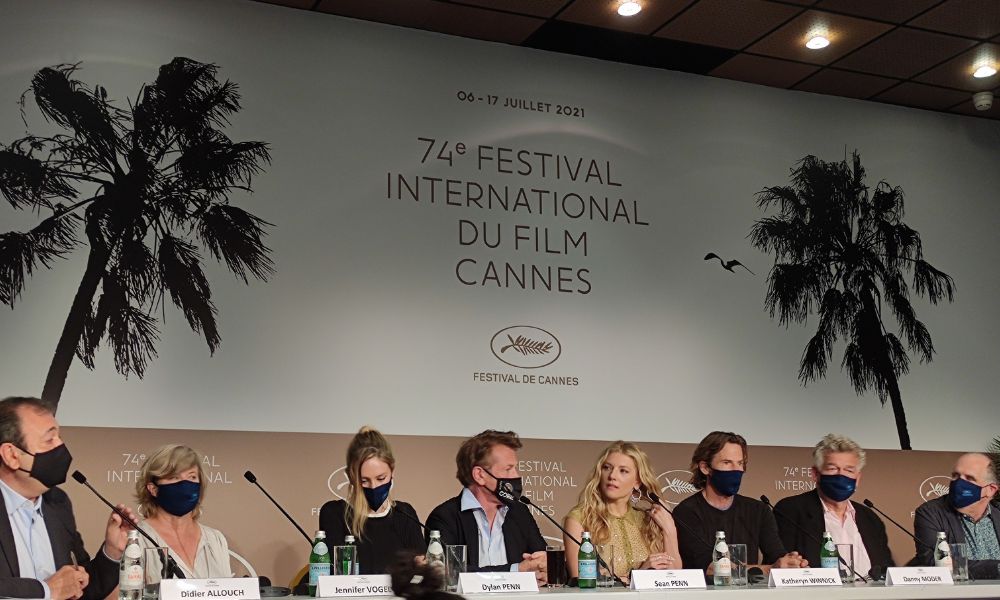 Under pressure from the producers and the advice of his compatriot Matt Damon, Sean Penn accepted the double game. As he represents an absent father, Penn mentioned the hypothesis that he was, due to his acting profession, a absent father also absent in the lives of sons Dylan and Hooper Penn (also present in the film). The artist explains that it is quite the opposite: “I have never spent more than two weeks away from them. (…) In fact, when I’m not recording, I’m at home 24/7 ”.

Out of the set

Known for his humanitarian acts, Sean Penn trapped the disinformation of Donald Trump’s administration at the start of the pandemic and declared it “obscene”. “We have been disappointed, neglected, ill-informed,” he said. The actor wore the mask of the CORE project (Community Organized Relief Effort, in the translation Community Organized Relief Effort), which he helped to publicize and expand the Covid-19 tests and to distribute food, in Los Angeles, in the US state. , at the very start of the contagion in April 2020.