Amazon Prime has finally announced when “Reação em Cadeia”, a Brazilian action film in the style of “Fast and Furious”, will be released on its streaming service.

The feature will debut on the platform on November 27.

The film is directed by Marcio Garcia and stars Monique Alfradique, Bruno Gissoni, André Bankoff, Victor Lamoglia, among others.

Guilherme (Bruno Gissoni) is an auditor in a large company and when he discovers that the money is embezzled, he gets a promotion: “creative” internal auditor. What he did not imagine was the weight that this creativity would have in his career.

When he emotionally engages with Lara (Monique Alfradique), a former high school sweetheart, he ends up falling into an even bigger trap when he discovers that the young woman is dating the struggling Zulu (André Bankoff). In an attempt to get rid of her boyfriend’s debt, Lara leads Guilherme into a criminal ploy.

Money laundering and drug trafficking: how will the auditor get rid of these two problems which directly involve the federal police? 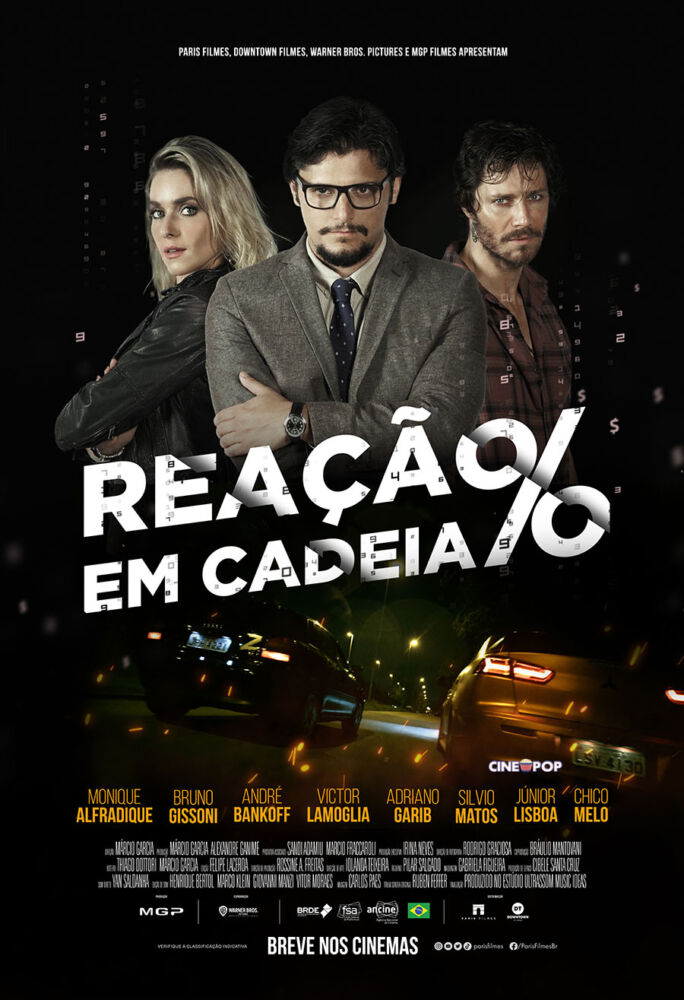