The gift of premonition

The coronavirus is of global concern. In addition to the home office for many, people have the distraction of watching movies and series in different ways. And curiosity set in from the start of the epidemic, where no one imagined the proportion it would take: the film Contágio (2011), by Steven Soderbergh, returned to the top as one of the most watched on the iTunes platform.

Ironically, the film premiered at the Venice Film Festival in Italy on September 3, 2011. In the US, the film debuted six days later. In Brazil, the first exhibition was held during the Rio Festival on October 6 of the same year, and the circuit debut took place on the 28 of the same month. 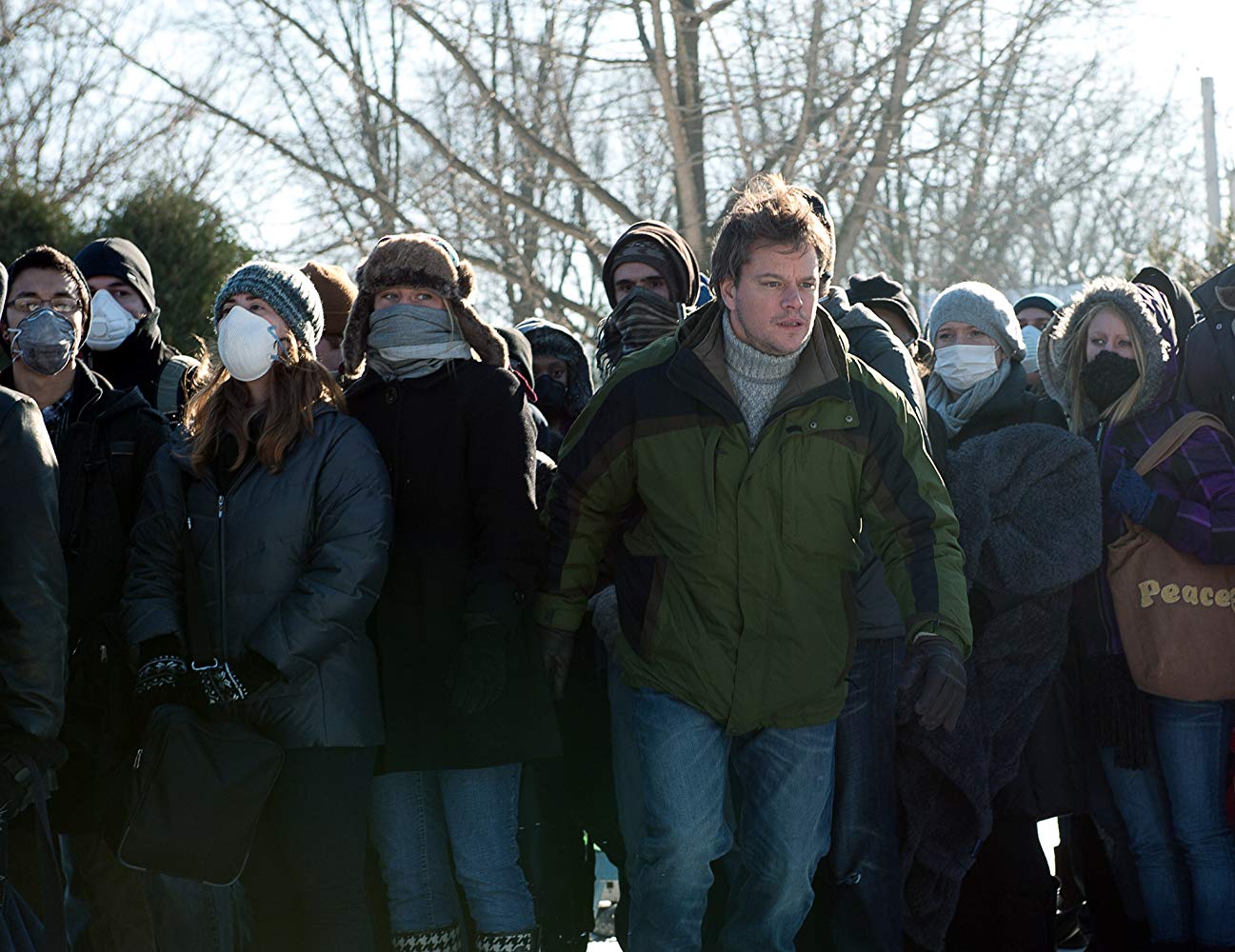 Much like he did in Traffic (2000) – an Oscar-winning film – Steven Soderbergh tackles a very real problem, focusing on different subplots that reveal new perspectives on the subject. Instead of illicit drugs, the focus is on a global pandemic. Soderbergh is one of the most prestigious American filmmakers in the history of the seventh art. Coming from independent cinema, in his first feature film, he saw his name become synonymous with success with Sexo, Mentiras e Videotape (1989), leaving with the Oscar nomination for best original screenplay. After that, he received an honor shared only with the iconic Michael Curtiz (Casablanca) in all Oscar history (dating from 1929); he was nominated for Best Director twice in the same year: by Erin Brockovich – A Woman of Talent and Traffic, both from 2000. And the only one to win by one of the two (Traffic), since Curtiz has left empty-handed of the double nomination for Dirty Face Angels and Four Daughters, both from 1938. 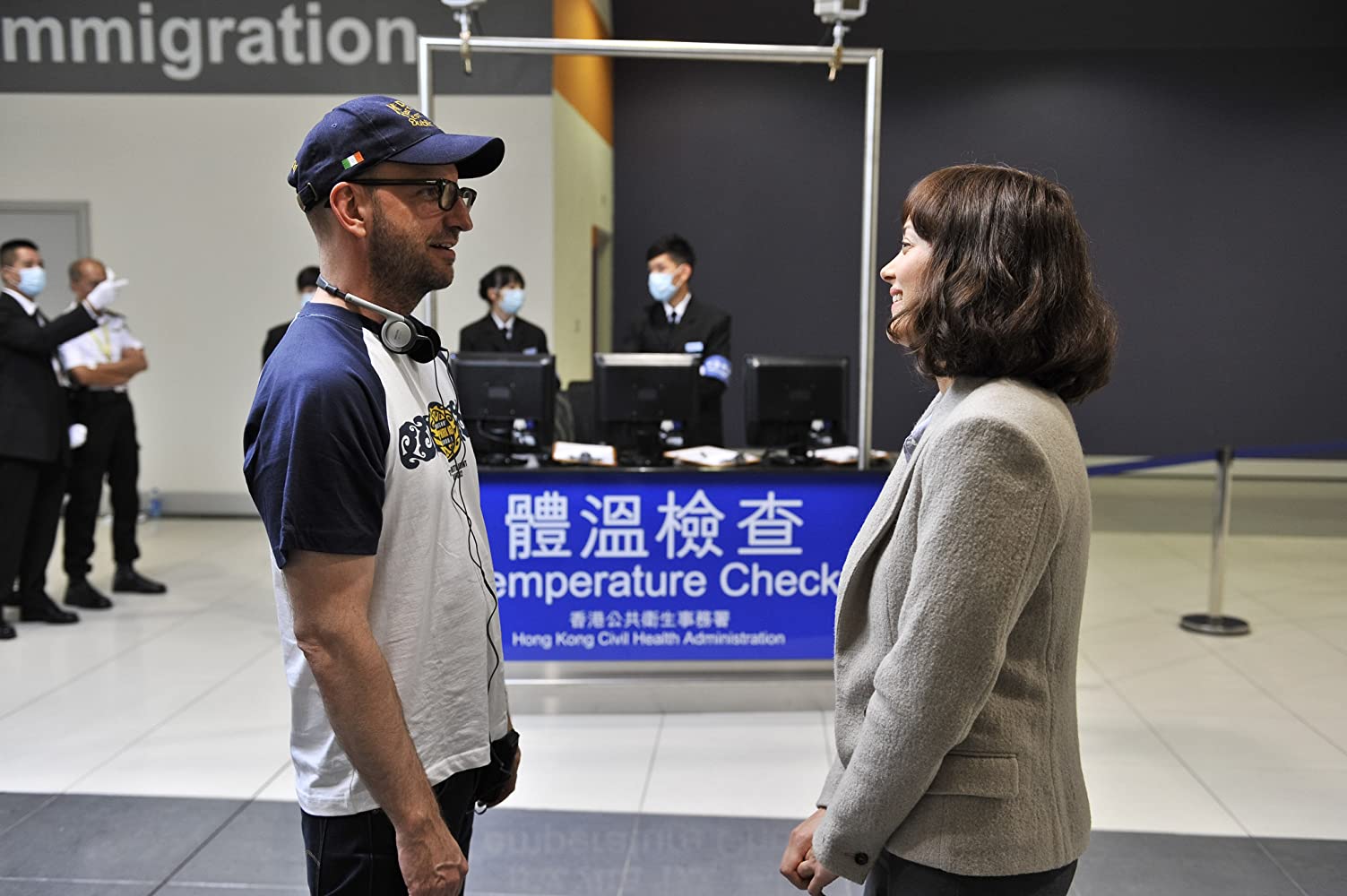 Contagion is considered by experts to be one of Hollywood’s most precise overproductions on the science of the subject it portrays. Or perhaps the most precise. One of the team’s collaborators, Dr Ian Lipkin, professor of epidemiology at Columbia University, said the virus in the film was based on some characteristics of the Nipah virus, which originated in Malaysia in the 1990s, who had gone from pigs to humans. Farmers. An article in New Scientist magazine states: “It is difficult to find overproduction invested in the realism of science as contagion. While not infallible, after all this is not a documentary, Contagio very rarely verifies its data and facts. Few productions portray the process of science so realistically, both in success and in frustration. This makes Contagion something unique ”. 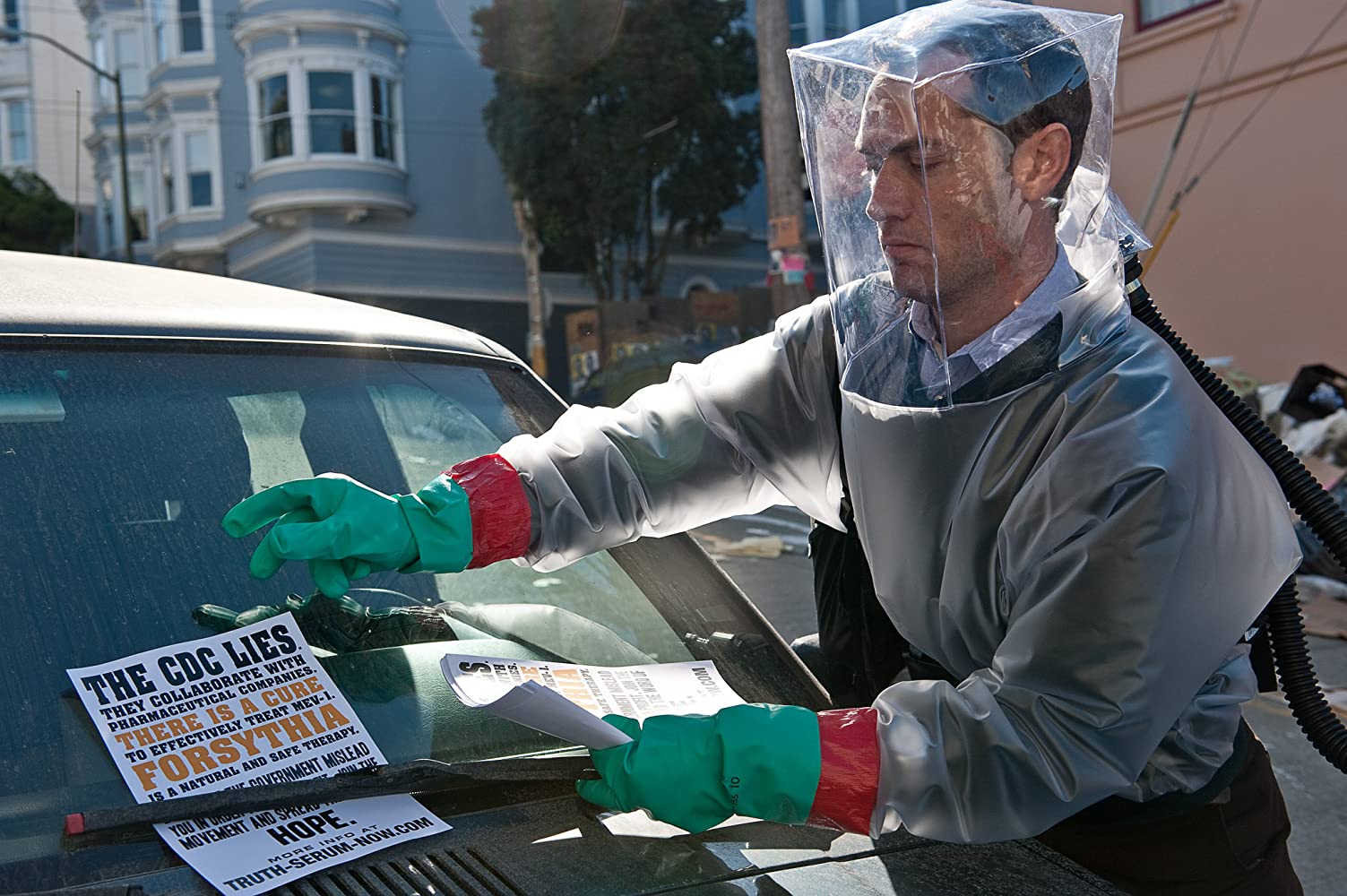 It is disturbing to watch Contagion today, in the midst of Hurricane Coronavirus. It is to be seen premonitiously for 9 years, exactly what we are experiencing today. The film goes even further and shows the consequences of an epidemic that is difficult to contain and the social reflection of a frightened and paranoid population. The negative effects this would entail.

In the plot, just as in reality, the virus leaves China and is taken to the United States through the character of Gwyneth Paltrow (Oscar winner for Shakespeare In Love, 1999) – insert your joke here. The role, by the way, almost passed into the hands of another Oscar winner, Jennifer Connelly (Uma Brilliant Mind, 2002). Contagion is full of stars participating in the subplots, many not sharing the stage, but lending weight and credibility to this desperate drama. There are five Oscar winners, in addition to Paltrow and director Soderbergh, Matt Damon (Untamed Genius), Kate Winslet (The Reader) and Marion Cotillard (Piaf); and five other nominees: Laurence Fishburne (Tina), Elliott Gould (Bob, Carol, Ted & Alice), John Hawkes (Winter of the Soul), Jude Law (The Talented Ripley and Cold Mountain) and Bryan Cranston (Trumbo). 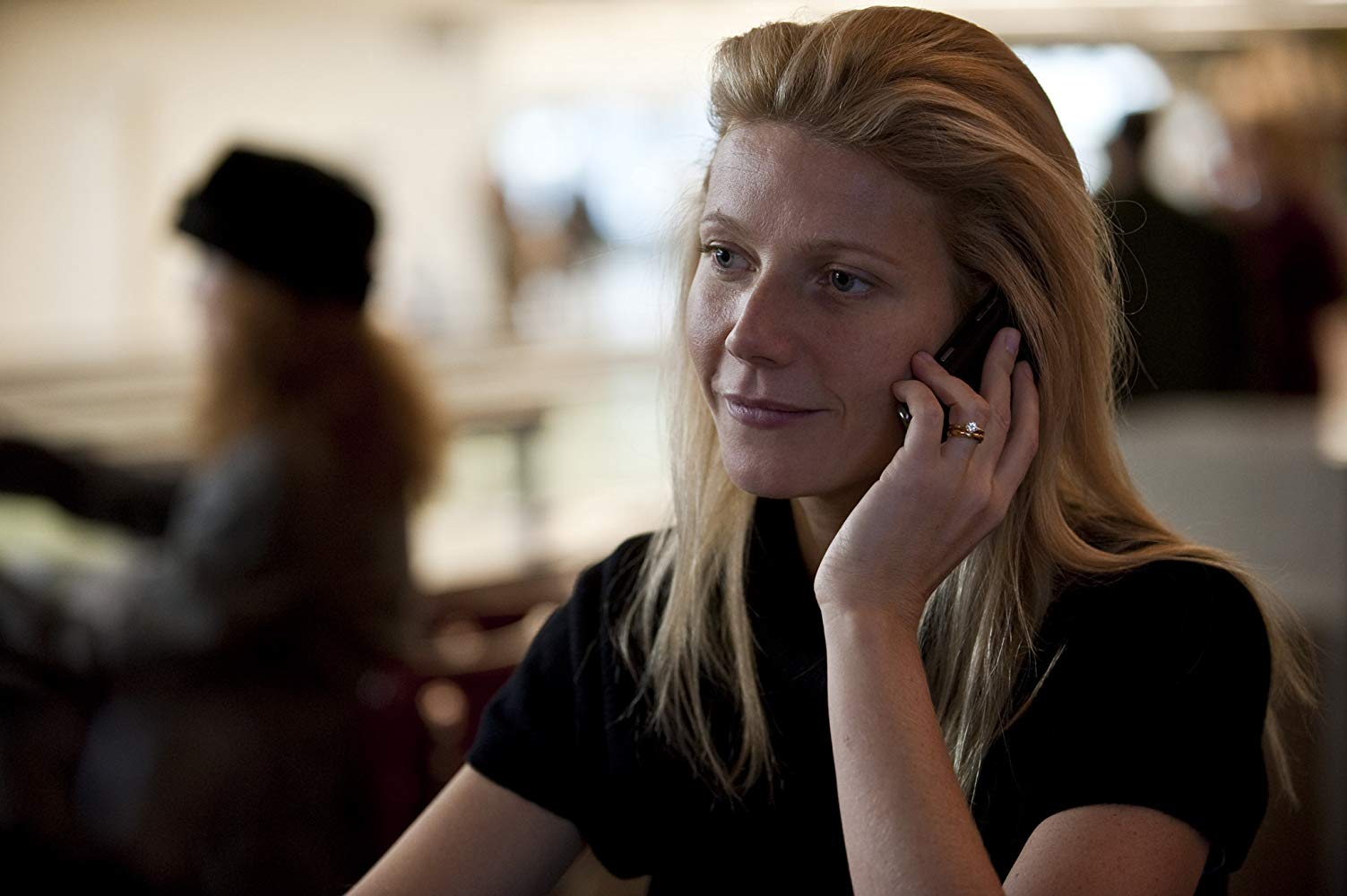 Speaking of The Talented Ripley (1999), Contagio marks the reunion in the cast of the three protagonists of such a suspense, with Damon, Law and Paltrow, despite having little to nothing here. There’s no defined protagonist in the movie, that’s what we can call an ensemble cast – a cast where everyone is an important part of building the narrative. The character of Damon, for example, represents the vision of the common man who is in the middle of the whirlwind and serves as our eyes before an event of this magnitude. He does what he can to spare the life of his teenage daughter, even though she doesn’t fully understand the dimension, after losing his wife and young son. 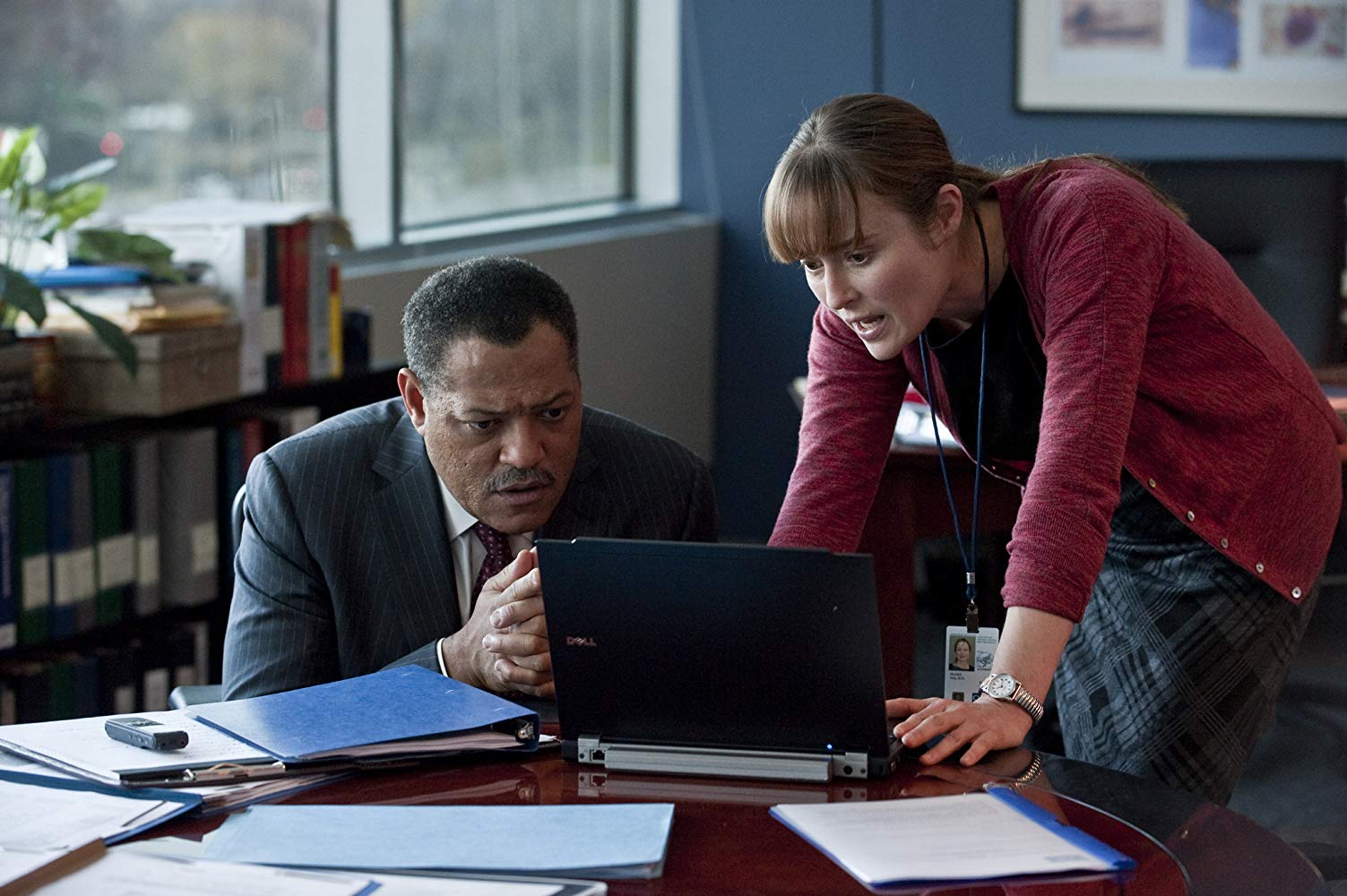 Law is treated as the villain of the film – a journalist specializing in unmasking government plots and exposing them to the public. As with Edward Snowden, this type of behavior was widely viewed as problematic by Americans, or perhaps still is. The main negative element of this action is to create excessive and sometimes unnecessary panic among the population, which governments treat with caution. After all, there is nothing more annoying than an uncontrolled mass of ignorant people. The film still shows Law as some sort of internet celebrity, with an audience of “2 million daily visitors” as his character says repeatedly, that he cannot sell his articles to a “serious newspaper” and ends up by preaching “disinformation”. A stereotype that has grown a lot during these almost ten years, and which has perhaps been adopted more today. 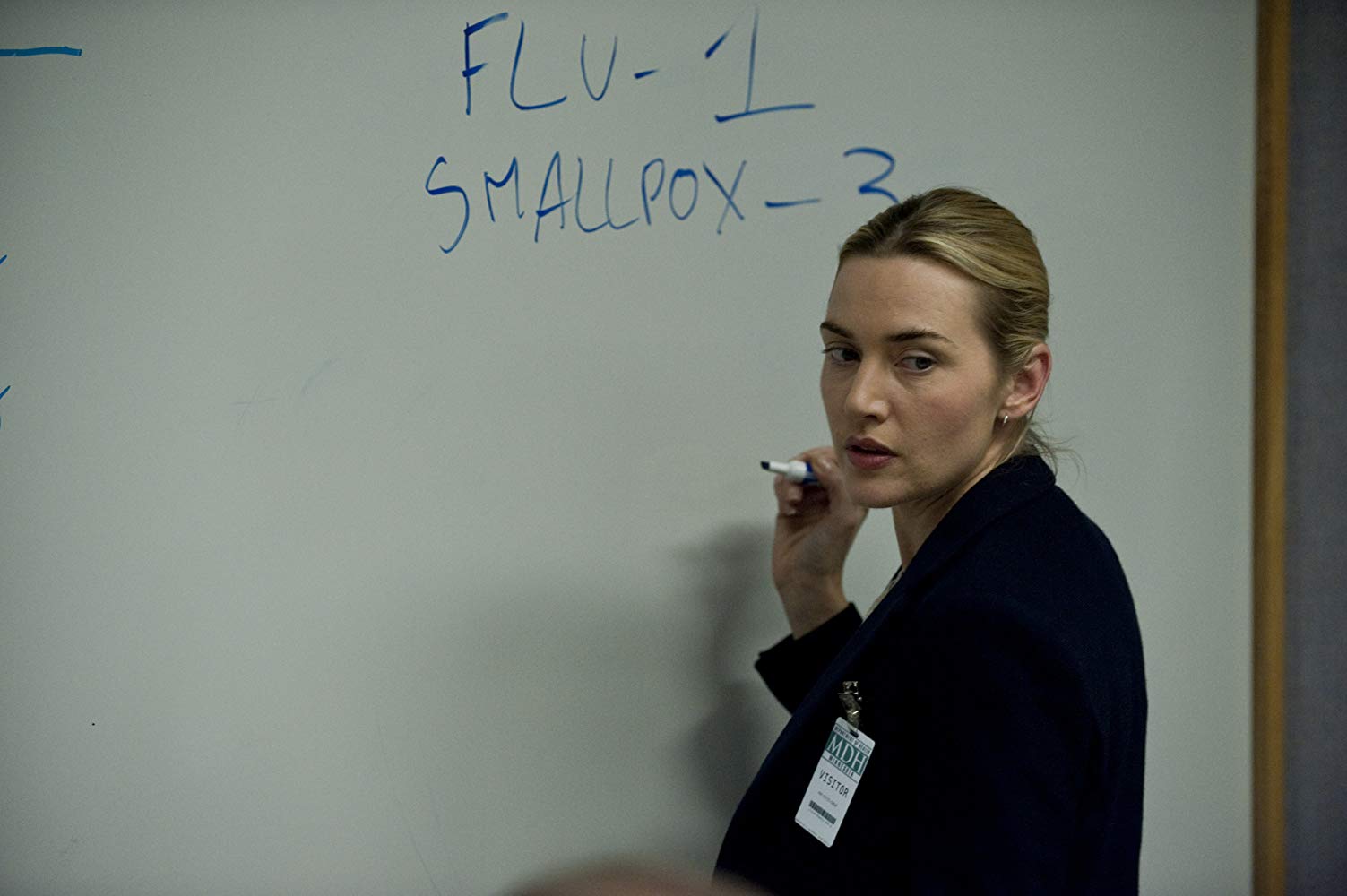 Probably the upright, heroic character in the movie is the Doctor played by Laurence Fishburne. Although he favors his wife with healing (Sanaa Lathan), he also takes her to his caretaker’s son (John Hawkes). Closing the main cast, Kate Winslet filmed her scenes in 10 days, playing an infection specialist, whose thankless job is to be a field agent. Her fate is one of the cruelest and the result of her character is incredible, a la Laura Palmer in the Twin Peaks series – in a plastic bag. The doctor of Marion Cotillard, member of the World Association, ends up being kidnapped in China and negotiated in exchange for vaccines for a village, a good cause of which she is disconcerted by the result.

As the experts say, contagion is not the same as everything we experience, experience, or will experience (we hope). The virus in the film, although transmitted by contact and by air, is fatal to everyone, not just the elderly and groups at risk. Once infected, it also takes its victims within days or even hours, depending on the severity. With these crucial differences, the Steven Soderbergh film becomes a chilling but much needed warning and a warning alert that deserves attention. After all, we know that reality overtakes fiction with each new day. Unfortunately.