Among the allegorical circus performances there are some little-told stories. Deafened by grandiose cages that restrict all their freedom, many wild animals lived their days far from their natural habitat, for pure human entertainment. This harsh reality, which has spanned centuries, takes on a different take on the perspective of the Big Ivan, the original new dramatic adventure from Disney +. Produced and also voiced by Angelina Jolie, the production saves the true story of a gorilla raised as a people, who surprised the world with his passionate artistic ability. And here, in a paraphrase of real life, Ivan draws the dream of a colorful life that had been denied to him since childhood. 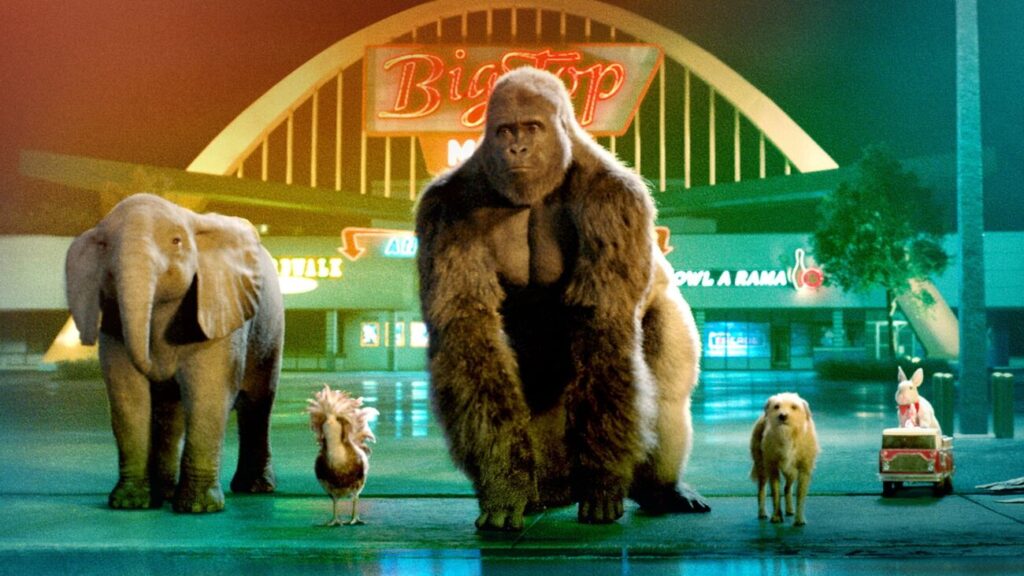 A more symbolic and metaphorical tale to delight children’s audiences, the book written by KA Applegate, on which the drama is based, aims to bring a more fantastic take on what once made headlines in America. Giving voice and color to the aspirations of Ivan and his troupe of cat comrades who also performed at a mall’s circus, the plot aims to tell the story from the perspective of those who experienced it in the skin. And appropriating anthropomorphism as the ideal language for it, screenwriter Mike White brings literary pages to life, in a production capable of captivating even the most unfeeling hearts.

Under the skillful direction of Thea Sharrock, the CGI animals and humans interact with each other in an eye-catching visual spectacle. Detailed from the construction of pussy features and body language to the facial expression that borders on awe-inspiring realism, Big Ivan is awesome in absolutely everything and has a powerful cast of voice actors, composed by Sam Rockwell, Brooklynn Prince, Chaka Khan, Danny DeVito, Helen Mirren and Phillipa Soo. It conquers the little ones through the dynamic of the characters that form the attraction of the circus and captivates adults for the elaborate thinking that underlies the film from start to finish. Essentially, the feature is for everyone and brings a powerful message to every type of audience. 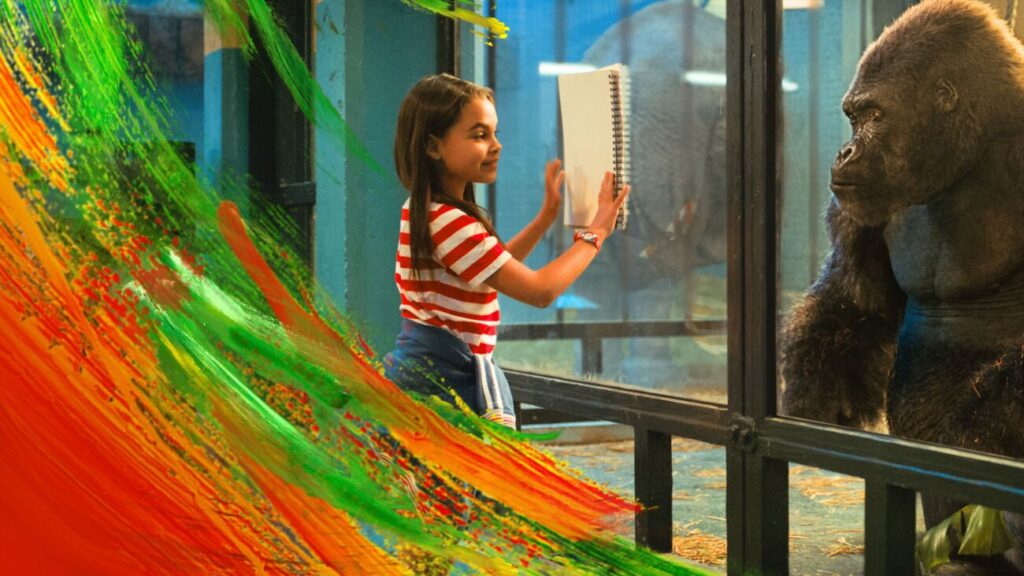 Making a hybrid between the lightness of uncensored humor and a particular drama that involves broken family relationships and genuine real-life issues (like a financial crisis), the production is a balanced and almost flawless combination of drama, d adventurous spirit and even the documentary factor. Shedding his spotlight on the one-off question of caging wild animals for profit, Big Ivan remains relevant throughout his endeavor, as he still explores the obvious problem circuses face when the eyes of the world turned to an atrocity that forced wild animals to perform flashy shows.

Sensitive and delicate from start to finish, the film still manages to skillfully develop the intricate layers of the protagonist played by Bryan Cranston. Here, he brings Mack to life, a man who keeps a painful past and lives a lonely present, making his greatest joy the act of making others happy with his animal circus. Besides the socio-environmental problem posed by his work, he is a figure full of layers, more perceived by a more adult audience. Neither bad nor good guy, he is a man who does what he can with what he has and conquers the public with an emotional and relational depth in everything he does. Under the characterization of the award-winning Cranston, what might be a character without charisma and popular affection, becomes an identifiable and understandable figure. 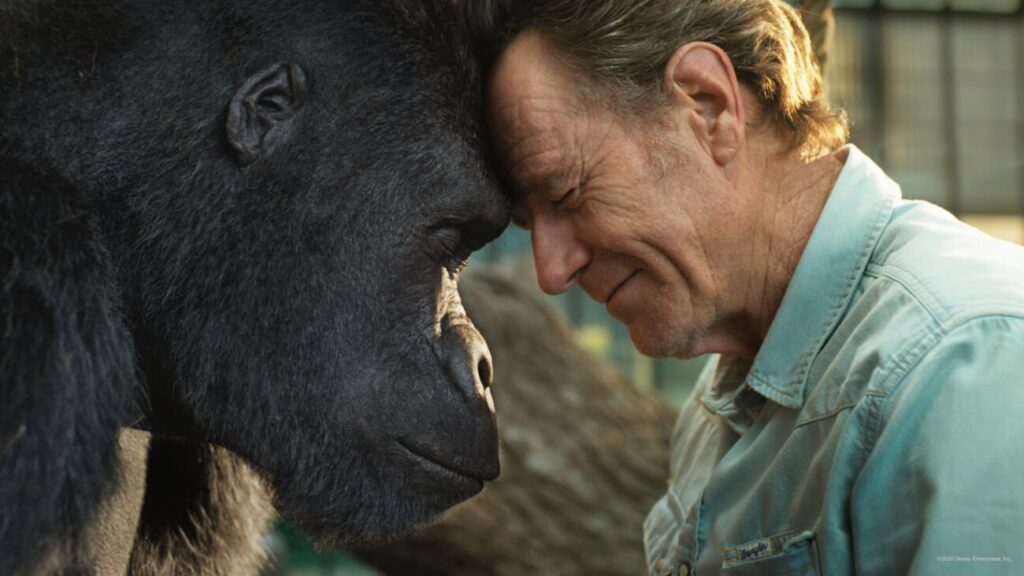 And this same didactic is applied in all spheres of production, mainly in the human-animal relationship. With an insightful approach taken by Sharrock and White, the film consolidates as a differentiated kinesthetic experience. By placing ourselves in a privileged position where we are able to feel the pain of both groups of characters, we are brought to reflect on our role in front of nature, as we become emotional as the plot intensifies before our eyes. . With elaborate coloring that protects the green throughout the movie – keeping it only for character Ivan’s big climax, Big Ivan is much more than pure family entertainment. It’s also a nice class on social and environmental responsibility and sensitivity.