Since the release of the great thriller Para Minha Amada Morta (2015), Bahia-Curitiba’s Aly Muritiba has proven to be an increasingly productive and restless filmmaker. Whether later in the cinema with Ferrugem (2018) and Nós por Nóis (2018), or even on television and other streaming services, with the hits Carcereiros (2018) and O Caso Evandro (2021). This year alone, in addition to the aforementioned Globoplay documentary series, Muritiba presents two new feature films: the Jesus Kid-style comedy and perhaps the best film of his career to date, Deserto Particular. After receiving standing ovations in Italy during the Venice Film Festival and winning several awards around the world, the production was selected by the Brazilian Academy of Cinema and Visual Arts to represent Brazil at the Oscar 2022 in the category Best international film.

At this point, the most obvious type of question that arises and repeats itself is whether Private Desert will truly live up to expectations, something that always runs up against the fringes of private perception, not least because of moral values ​​and attitudes. social concepts that we carry and absorb throughout life. However, even if the present considerations are to the contrary for some, it is practically impossible to remain indifferent to what the book treats with great respect and sensitivity. There is no way, no matter how everyday, that human relationships will naturally fascinate and arouse the interest of the individual, mainly because our souls feed on experiences. And when we are faced with atypical situations within what society has generally built, what many call an error in the Matrix occurs. 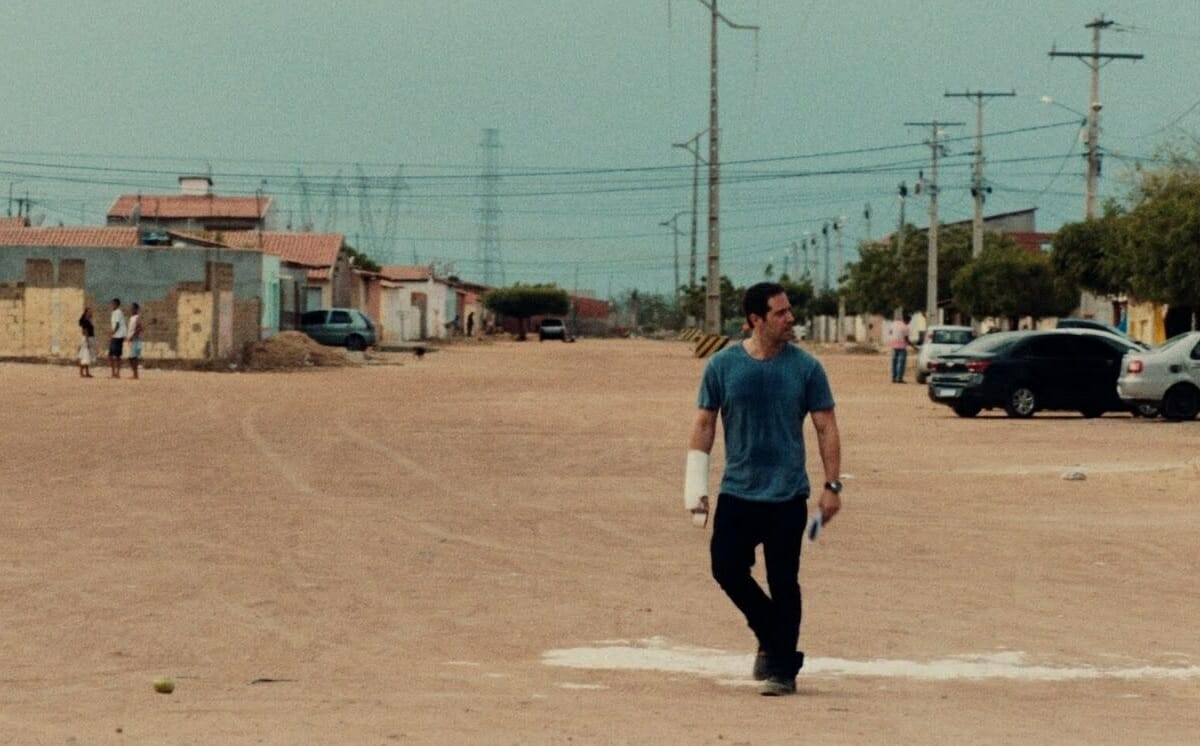 Produced for six years and shot in two states, the plot seems at first simplistic because it brings out the routine of Daniel (Antônio Saboia), the son of a retired soldier who suffers from Alzheimer’s disease and has need a comprehensive care. Daniel was also a respected police officer, but was removed from society for extrapolating into violence and leaving a boy in a coma, now having to take turns doing odd jobs and looking after his father. This daily life transforms the subject’s life into a void that is only filled when he corresponds with Sara, his virtual passion that lives inside Bahia. Daniel has never seen her in person, but he’s madly in love. Everything changes when Sara finds out about the police incident and stops responding to her lover’s messages, leaving Daniel in utter despair. Without thinking too much, he goes alone on a road trip from south to northeast and, there, something absolutely unusual happens and everything changes completely.

And that changes for real, including in the whole structure and atmosphere, because from then on, the film which was once a drama becomes an intense, painful and forbidden love story. Sara ends up becoming the main protagonist of the film and the small town of Sobradinho serves as a kind of microcosm that reflects an underdeveloped Brazil, which insists on evolving both economically and socially. It should be understood that each first act fundamentally has the function of humanizing the figure of Daniel and showing its nuances. We see that the man capable of spanking someone is also the same man who takes care of his father and tries to be the careful older brother – although he still exhibits a latent prejudice when he does. disapproves of his sister’s homo-affective relationship, leaving no room even for dialogue. 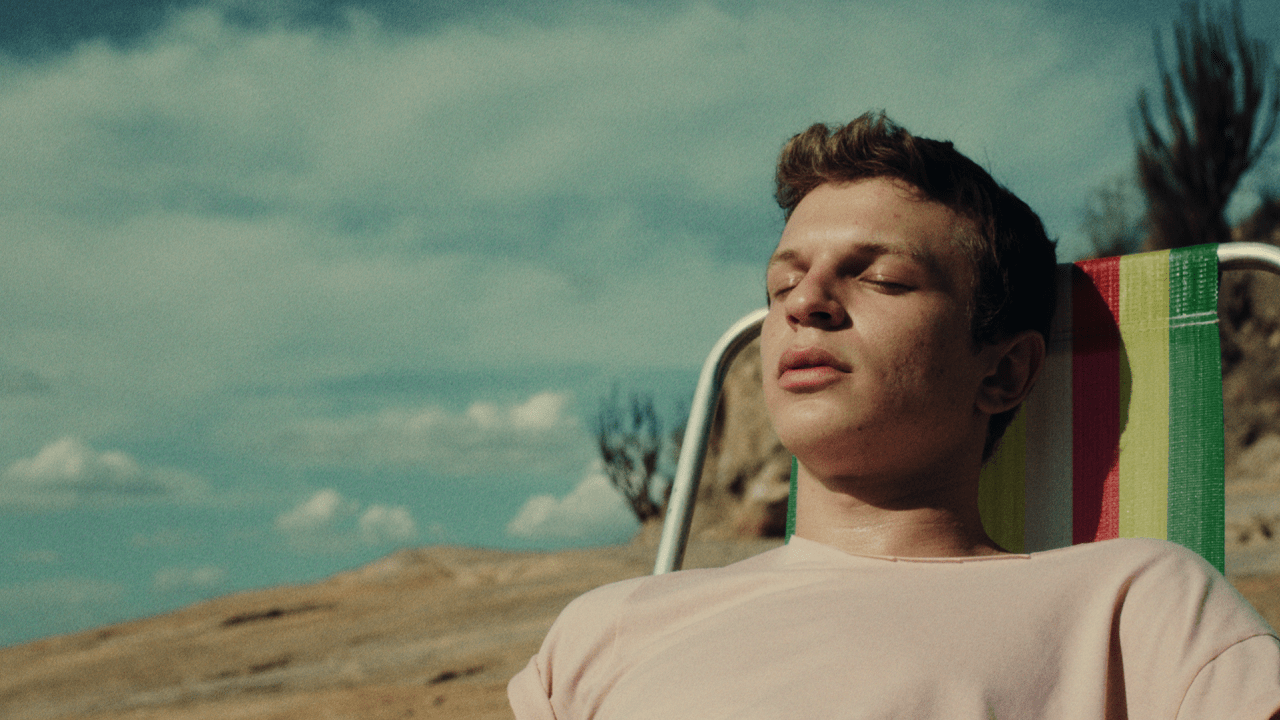 In addition to the second half, we can get to know Sara’s life and worldview in depth – and here’s a warning about the possible spoiler that may lessen some of the impact of Private Desert, because if you don’t want to not know, go to the next paragraph. In short, Sara is actually played by the young actor Pedro Fasanaro who gives his all and builds a three-dimensional figure that is both physical and sentimental. From the punctual and detailed text of Aly Muritiba himself, Sara is not the typical archetype of a transsexual person from a raw interior dominated by ecclesiastical laws. During the day, Sara becomes Robson, a guy who does physical work and who fits, naturally, among his teammates. But without ever losing his essence or denying what he feels, he is a fascinating character in many ways, especially when he exposes to Daniel what he thinks and has learned about the course of life. In fact, the parallel created between Sara’s life and a reservoir of water that at any moment could break and reach the sea is the kind of balcony that borders on excellence and earns even more points and outlines. to the writing of Muritiba. .

Aesthetically distant from the productions of the Southeast, Deserto Particular is not afraid to get dirty in the midst of all the aridity of Juazeiro in Bahia. He collects several open planes and prides himself on a natural setting that presents, like a veritable gallery of paintings, landscapes that perfectly correspond to the dilemma addressed. In fact, the film separates one of the most beautiful and striking moves that national cinematography has produced recently, when Daniel and Sara dance together to the sound of Bonnie Tyler and their cheesy classic Total Eclipse of the Heart, a song that comes with strength and class from a poem written by Pablo Neruda. We will hardly forget it after watching the scene in question, especially when the director manages to create a narrative rhyme that joins the end credits, and which also has to do with the idea of ​​the river flowing into the sea. exquisite work that places Aly Muritiba among the most interesting contemporary filmmakers of the Brazilian scene.

Text originally published on the cover of the Ciné PE 2021 festival.