Pink is one of the most unique and spectacular names in the contemporary music industry – and it’s for no reason: with her irreverent style and uplifting songs, such as “What About Us”, “So What And, more recently, “Hustle,” the singer and songwriter has achieved spectacular fame, smashed records and more sales and awards records, and has fallen into the popular taste for a passionate and bubbly identity. Owner of three Grammy Award statuettes and the second highest grossing female tour of all time (behind the legendary Madonna), Pink has emerged amid an amalgam of similarities in the entertainment scene, the consistency of which is being reinvented. Years after her official debut, it’s time to experience another side of the performer with Amazon Prime Video’s stunning “ Everything I Know So Far ” documentary.

It is true that, in recent years, films of the genre starring artists primarily from the music world have dominated streaming platforms. Although it dates back to the 1990s ‘In Bed with Madonna’, one of the genre’s most famous forays, we have, over the years, Lady Gaga’s ‘Five Foot Two’, Beyoncé’s ‘Homecoming’ and ‘Miss American’, by Taylor Swift and ‘The World’s A Little Blurry’, by Billie Eilish. Pink is the final object of study in Michael Gracey’s feature film – and the result is nothing short of spectacular, filled with very human and moving reflections on one of the most exceptional women of all (which is something ‘interesting, given that she never really paid much attention to what the media thought of her personality). 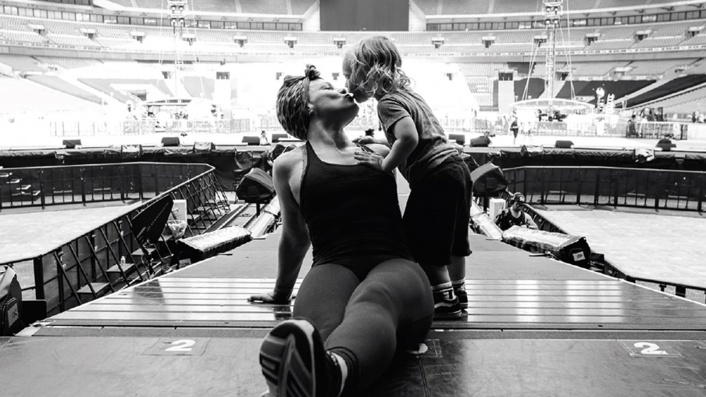 First of all, Alecia Beth Moore’s alter ego is nothing short of a trailblazer in her own world. Never content to limit himself to the obvious or what was expected, Moore joins so many other names who have marked and continue to be present in the mainstream – becoming the target of honestly ridiculous tabloids who put their character in check. , especially with the family. But the truth is, Pink doesn’t have to prove anything to anyone – and the documentary, which revolves around the “ Beautiful Trauma ” album promo tour, only serves as a foundation for a fact we already knew: she is, first of all, a human being, seeking to reconcile personal and professional life like the others and, consequently, passive of errors and obstacles.

The film follows a simple and practical structure, which functions in an immersive totality: we have, on the one hand, the continuous rehearsals for the shows, which aim at an arduous perfectionism and which do not admit the amateurism; On the other hand, we are transported backstage, in which Pink takes care of her two children, Willow Sage Hart and Jameson Moon Hart, who accompany her around the world, realizing that everyday life can be so much more. artistic than they think. Serving as a rock that sustains the family, as Pink punctuates well in the middle of the feature film, there’s her husband, Carey Hart, a former professional biker. 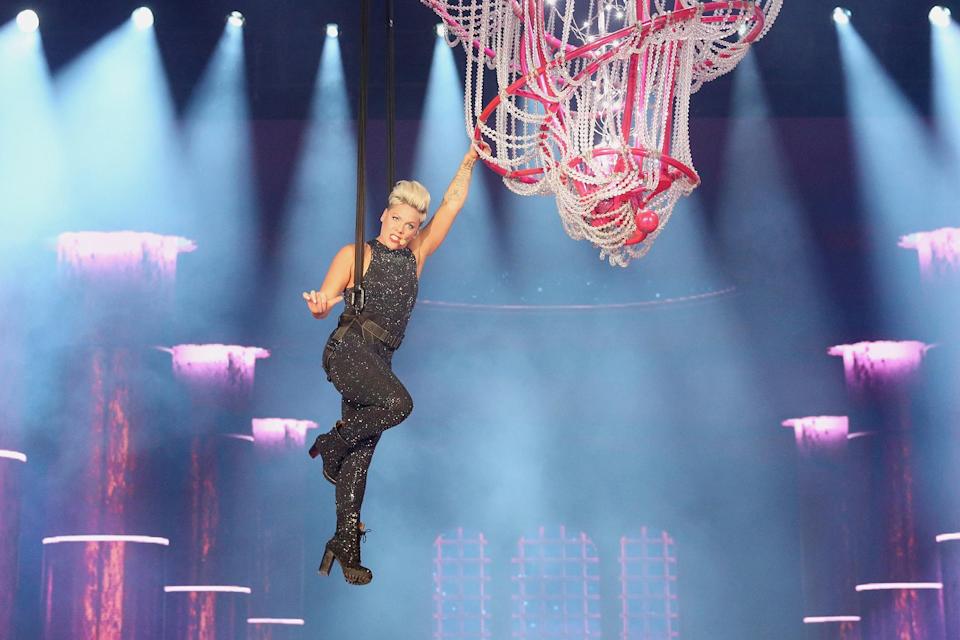 While it is only fitting that certain formulas are used in a job like this, it is Grace’s bewildering and dynamic drive that keeps us eager to find out what will happen with each new streak. Borrowing various elements from the exuberant “ O Rei do Show ”, the director’s appreciation for the imaginary frenzy and atmospheric oscillation of each act is remarkable: the most personal moments turn into a sort of recorded diary, in which the performer reveals secrets about her past and details about her relationship with Hart, Willow and Jameson, her fans and what she represents to herself. In fact, he doesn’t even become the center of the plot, making way for everyone close to you who you consider extremely important to get up every day and move on.

When he takes the stage, there is a noticeable change, which begins with rehearsals and ends with a powerful and impeccable performance. Making sure everything is in its place, Pink takes on a confessional air that explores traumas from previous shows – like the 2010 fatality in Nuremberg and how she overcame her fears of turning the tide and getting to where she is. : in a presentation at Wembley, one of the most iconic stadiums on the planet. More than that, the documentary highlights your training as a gymnast and the incorporation of one passion into another – turning concerts into breathtaking circus performances. 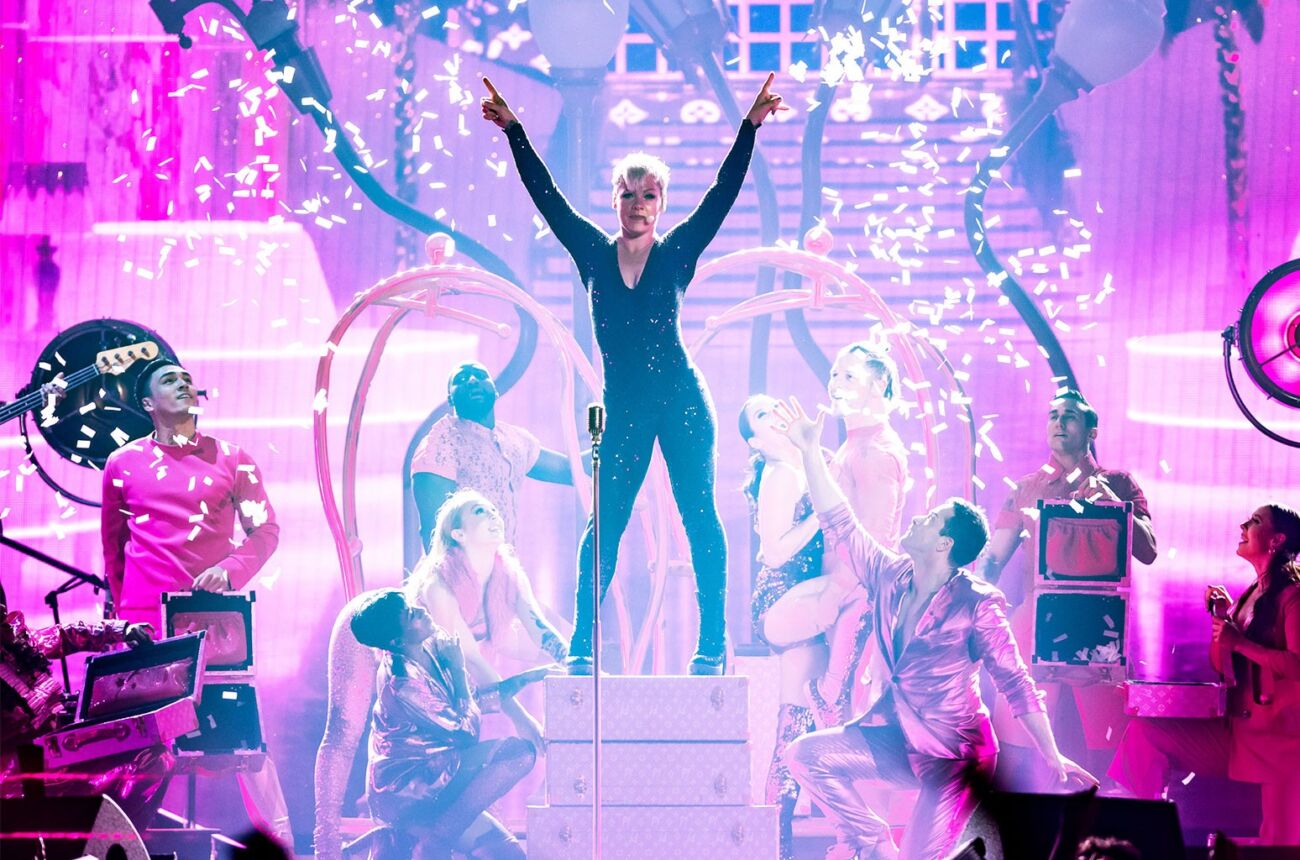 “Everything I Know So Far” is a touching portrayal of a character who deserves more attention than him, especially today. The pink is a symbol of empowerment and victory, someone who has never forgotten who he really is and who has never had to hide what he represents for the oppressed, the displaced and those who believe that ‘they don’t belong to the status quo. 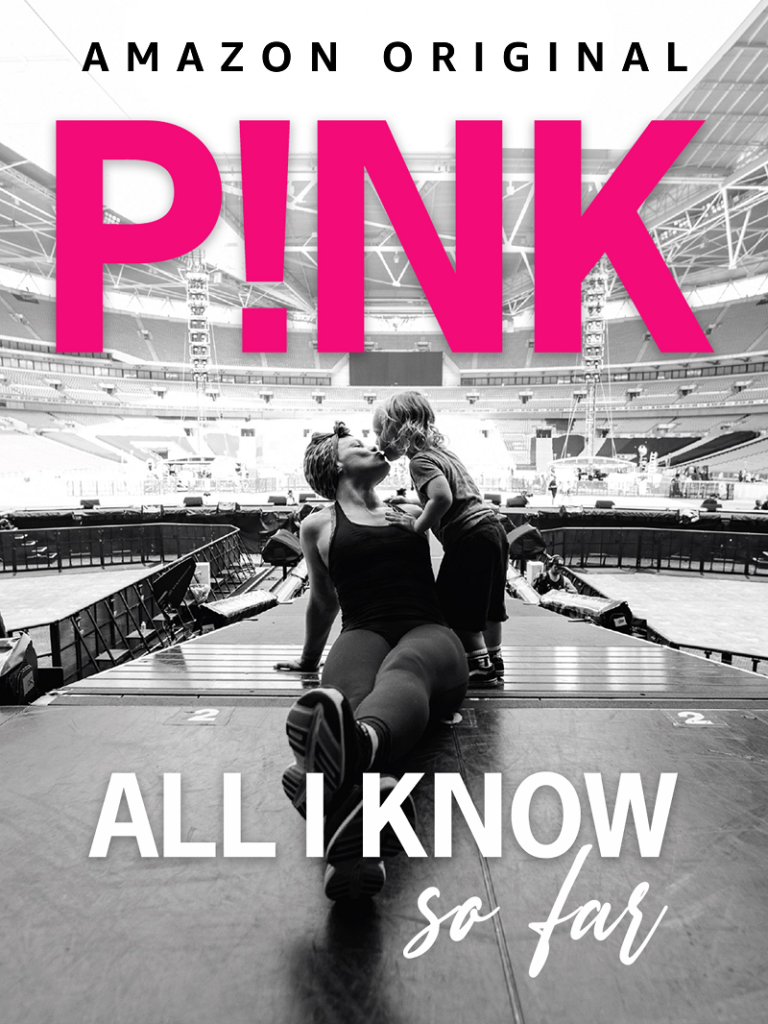