Period productions hold a special place in the hearts of audiences – which is why they are so successful. From classic adaptations of ‘Mulherzinhas’, a novel by Louisa May Alcott, and ‘Pride and Prejudice’, by Jane Austen, to the anachronistic irreverence of the recent ‘Dickinson’, with Hailee Steinfeld, such works transport us to a world quite different from ours, full of important historical figures, loving intrigue, and an exaggerated affection for status and marriage. Of course, most of these stories are not limited to romantic characterizations – on the contrary, they take the opportunity to infuse it with critiques of the society of the time and of gender and race disparities -, using an exuberant visual. to engage us from the start. first moment.

The same can be said of “Bridgerton”. The new Netflix series, the first to be produced in partnership with prolific and acclaimed director Shonda Rhimes (‘Grey’s Anatomy’, ‘How to Get Away with Murder’), is based on the beloved novels of Julia Quinn, one of the most consumed authors today – and does a great job bringing the Bridgerton family history to the small screens. Amid eight long episodes, which sort of run into obstacles and let rhythmic issues show up more often than they should, the narrative presents viewers with an incredible, chemically-filled cast that unites the best of epics. romantic to tragicomic forays. Austenian – providing layers and layers of complexity to initially characters as shallow as a plate. 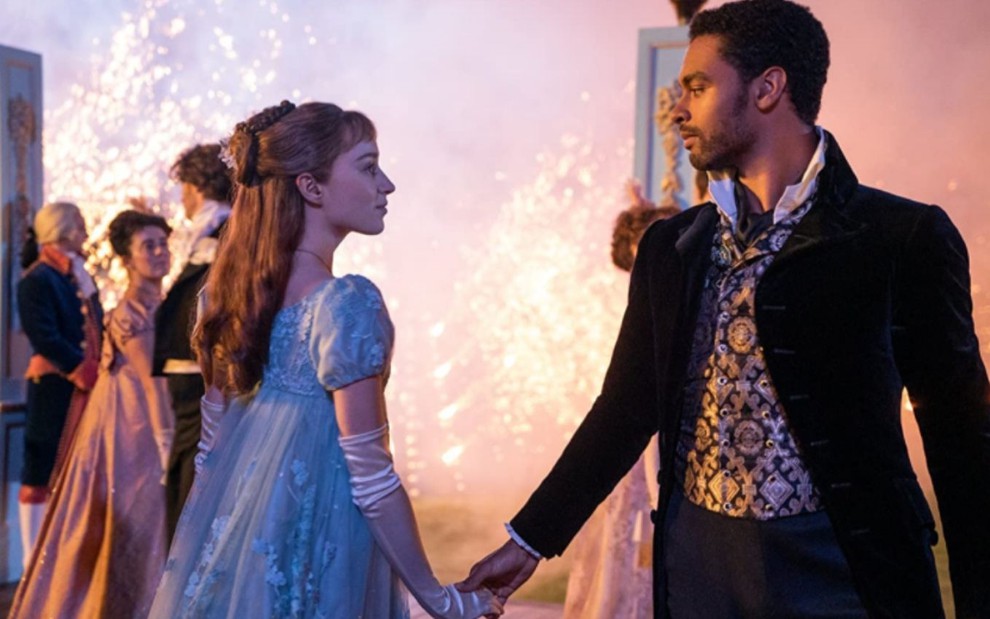 The truth is, the show wouldn’t be what it is without Rhimes’ hand behind it all. Through Shondaland, the Undertaker captures with enviable naturalness and subtlety the traits of each protagonist, allying them with secondary characters who are not eclipsed or who are only played in the multiple subplots – on the contrary, they serve from structure to the achievements and twists of the main cast. . The plot may even be centered around a specific family nucleus, but that’s where everyone else finds the ground to show off their powerful voices and colorful costumes. This is where, centered on a Victorian London, the production introduces us to Daphne Bridgerton (Phoebe Dynevor) and Simon Basset (Regé-Jean Page), also known as the Duke of Hastings.

Daphne is the Bridgertons’ first daughter – but still lives in the shadow of her older brothers, who harbor a sense of overprotection that prevents her from finding someone to marry. On the verge of reaching adulthood, Daphne enchants Queen Charlotte (Golda Rosheuvel) in the town’s new dating season and becomes the ‘rare gem’ of the year, drawing the attention of countless suitors who promise to marry her and make her “worthy”. lady ‘from the company. Meanwhile, Anthony (Jonathan Bailey), taking on the role of the man of the house after her father’s death, turns anything simple into hard work, scaring potential husbands and leaving her adrift to disbelieve. that there is a good man for his little sister. . 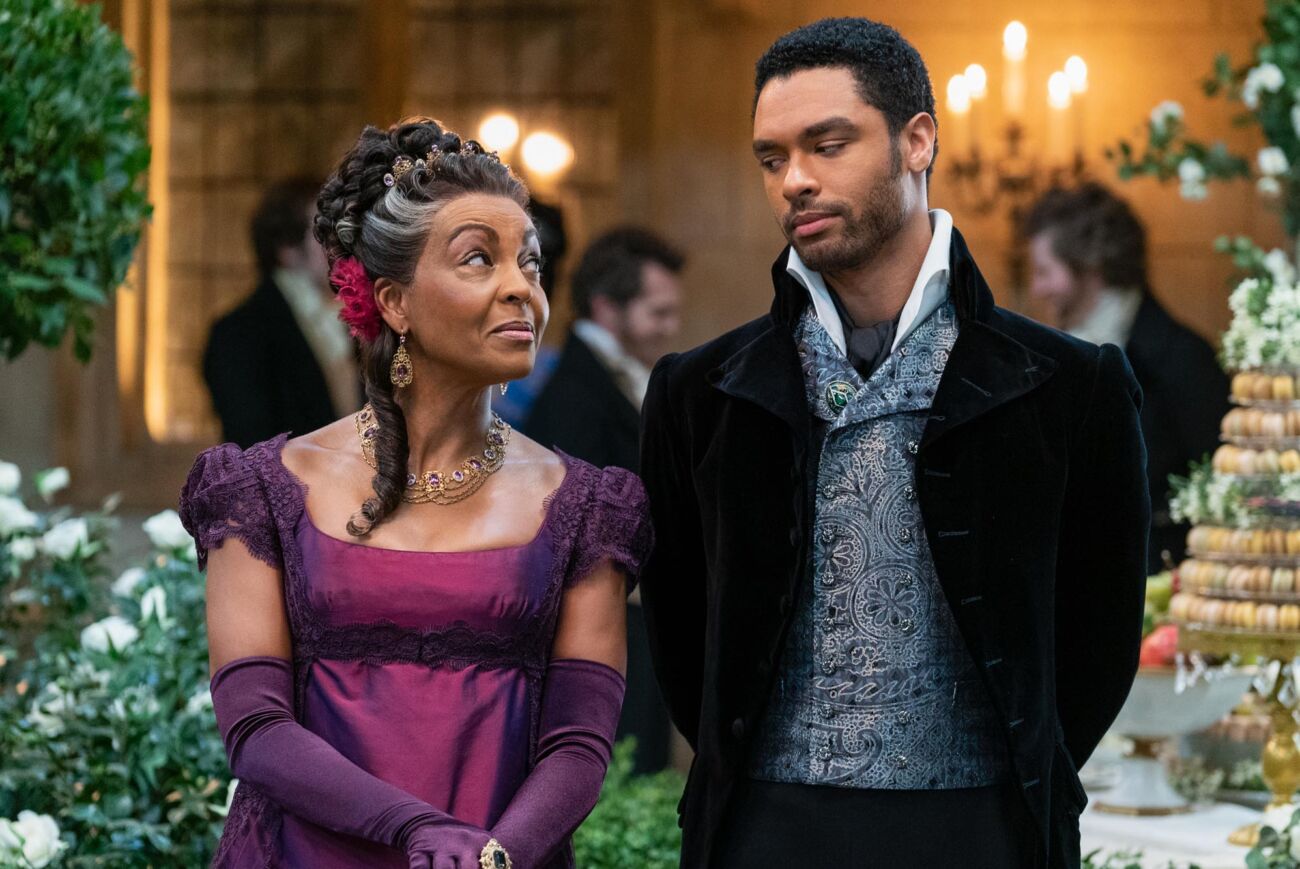 Dancing ball and ball, Daphne resigns herself to the prospect of a ruin that will dishonor the family – until she crosses paths with the imposing and charming Simon. The Duke, newly arrived from his country house, is Anthony’s best friend and immediately does not get along with the young woman. Their glaring and contradictory personalities, however, are what ignites a spark of a complicated and fervent passion between the two – which doesn’t manifest until the two come up with a complex plan to be left alone. Simon, having sworn never to marry and to bear the title of Hastings with him in the grave, pretends to woo the lady to get rid of the other women; Daphne, in turn, receiving the attention of someone as important as the Duke, again attracts the attention of other gentlemen.

At first “Bridgerton” seems just another entry amidst so many country works – but it has a subtle difference: its resonance, in some ways, with contemporaneity. The novel and serial adaptation are painted with touches of the present that blend perfectly with the garish, mottled panorama of the first half of the 19th century, seen amid dialogues that flirt with feminist trends from the 1970s onwards, even in the classical orchestra which rearranges well-known songs into dance themes – like Taylor Swift’s “Wildest Dreams” and Billie Eilish’s “Bad Guy”, both acquiring an immediate and unexpected dimension, contemplating what we have already mentioned as narrative anachronism, the same seen in “Maria Antonieta”, for example. 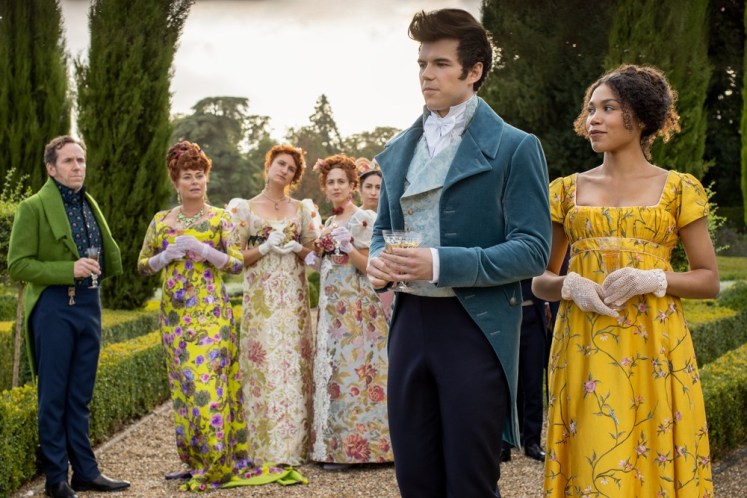 As the novel’s melodrama picks up episodes, showrunner Chris Van Dusen, who does a great job of commanding the arcs of each of the characters with firm reins, allows the slapstick comedy to be dosed in the right measure and permeates the arcs. subplots, as with the Featherington family. In this new core, matriarch Portia (Polly Walker) is a high society lady who wants to undress her daughters more than anything in life, but finds herself in a bind when her husband’s cousin’s daughter arrives from the countryside and steals all the attention of the community; as if that weren’t enough, she faces bankruptcy and demoralization of the name she bears due to her husband’s gambling addiction. Such inflections are treated with singularity and show that Lady Featherington is a ruthless woman who will do anything to ensure the good of those she loves.

Among the passionate renditions of the rest of the cast, particularly Claudia Jessie in verbose Eloise Bridgerton and Adjoa Andoh in iconic Lady Danbury, and euphoric, evocative photography that turns beautiful landscapes into small English oases, the series may even slip away. at times and repeat the movements with tedious consistency – but, in the end, it’s a great choice for those who need an escape from reality and for those who would like to imagine themselves at lavish royal balls, don’t caring about nothing else dancing like there’s no tomorrow