Launched in December 2019 in France, eight months after the fire at Notre-Dame Cathedral in Paris, the feature film Notre Dame premiered in Brazilian theaters on February 11, 2021. Visiting the Varilux Festival in 2020, the work is named after the emblematic cathedral of the French capital, but it is a disappointing comedy. In other words, Notre-Dame brings together surrealism, poetry, musical freedom, romance, theatrical situations, but it lacks comic consistency or timing for its daring tales.

Directed, written and played by Valérie Donzelli, the film attempts to bring magical elements to the troubled daily life of a Parisian. In this case, the architect Maud Crayon (Donzelli), mother of two pre-teens and around her ex and the parents of her children, is the heroine of the fairy tale proposed by Donzelli’s screenplay alongside Benjamin Charbit (Finally free). The chaotic storyline of emotional and professional instability sets the tone for a comedy of everyday situations, however, the argument is flawed. 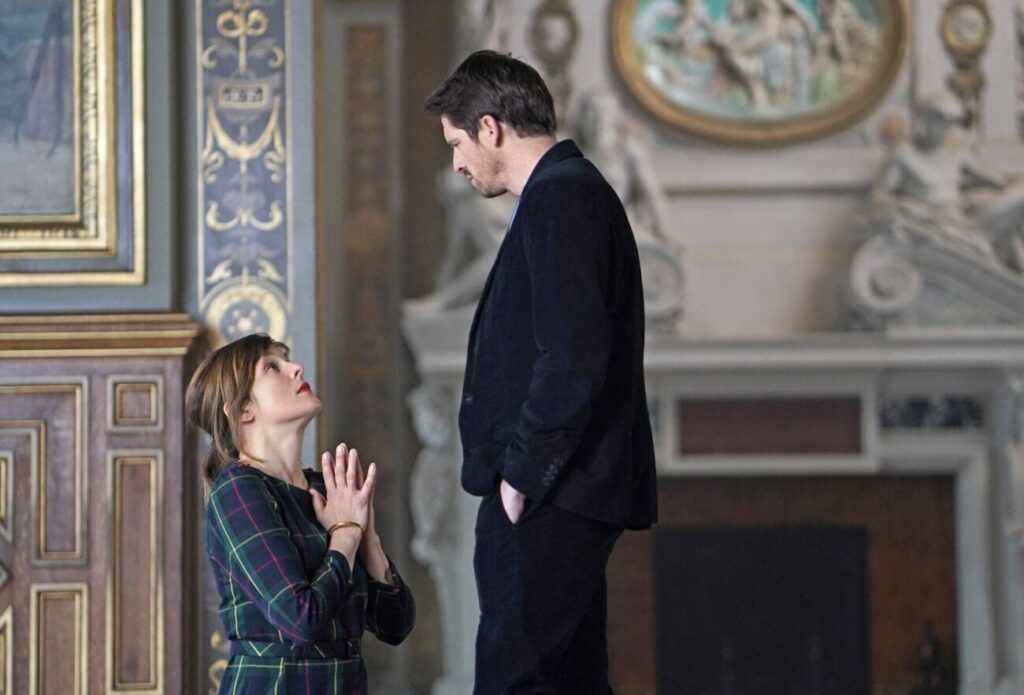 By a magic of fate, Maud wins a competition to revitalize the courtyard of Notre-Dame cathedral. At the same time, the architect discovers that she is four months pregnant with her ex-partner (Thomas Scimeca) and her ex-boyfriend from the past Bacchus Renard (Pierre Deladonchamps) is the journalist responsible for following each step of the 115 million euros project of the mayor of Paris. In addition, her egocentric and snobbish boss Greg (Samir Guesmi) decides to take over 50% of her project, a situation she accepts and follows the boat.

Without a touch of charisma, Valérie Donzelli gives life to a woman without ambition, without grace, without style or even a will of her own. Taken together, the entire cast has no sense of humor. At 30 minutes, Notre Dame is already tiring, because she presents various information on the life of the protagonist, but we do not see her in confrontation with any of them. The third unplanned pregnancy of a woman over 40 is just an instrument of romantic confusion between ex-relationships, without presenting any point of reflection in Maud’s life. 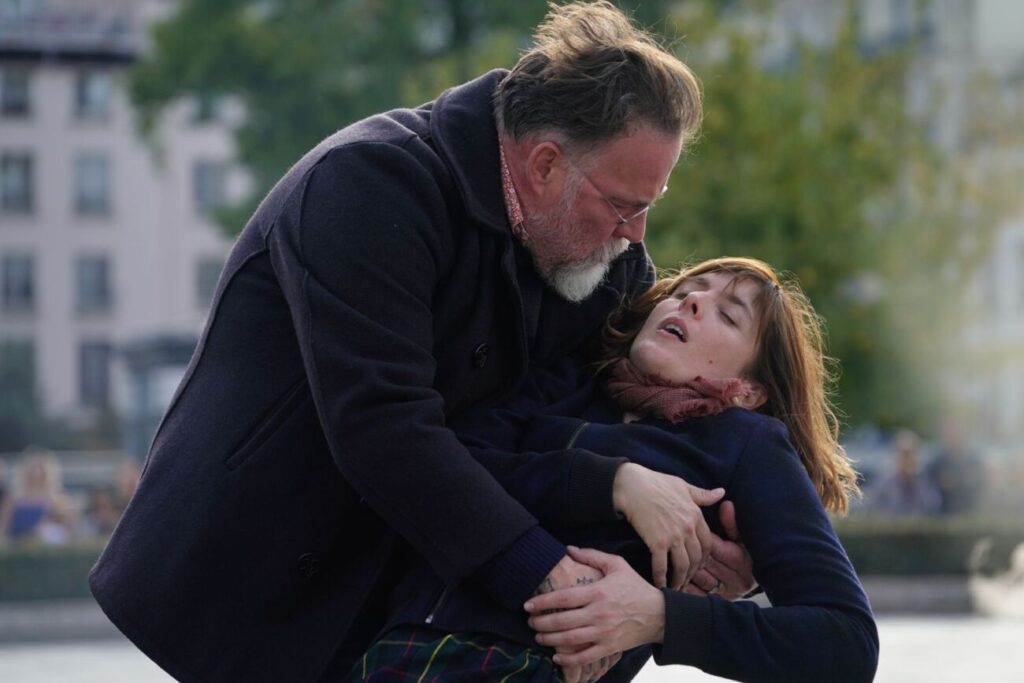 The absurd situations experienced with the ex-partner would be funny, if the plot developed a bond or tension between them, in addition to the children. Amid this narrative mess, Maud’s project – completely different from the one that won her the award – is seen as tacky and pornographic. In this way, the film draws us into an illogical legal dispute in which it adds two other characters, a lawyer (Claude Perron) and his intern (Pauline Serieys), in bizarre and regrettable theatrical performances.

Completely different from the dynamics of A Guerra é Declarada (2011), a work that reveals the daring side of the director and screenwriter, Notre Dame tempts, struggles, makes an effort, but does not convey anything captivating or innovative. The musical number is the least painful sequence in the film, as it finally manages to mix two different elements (a sweet melody of tragedy with weird words) and create a comedic moment. 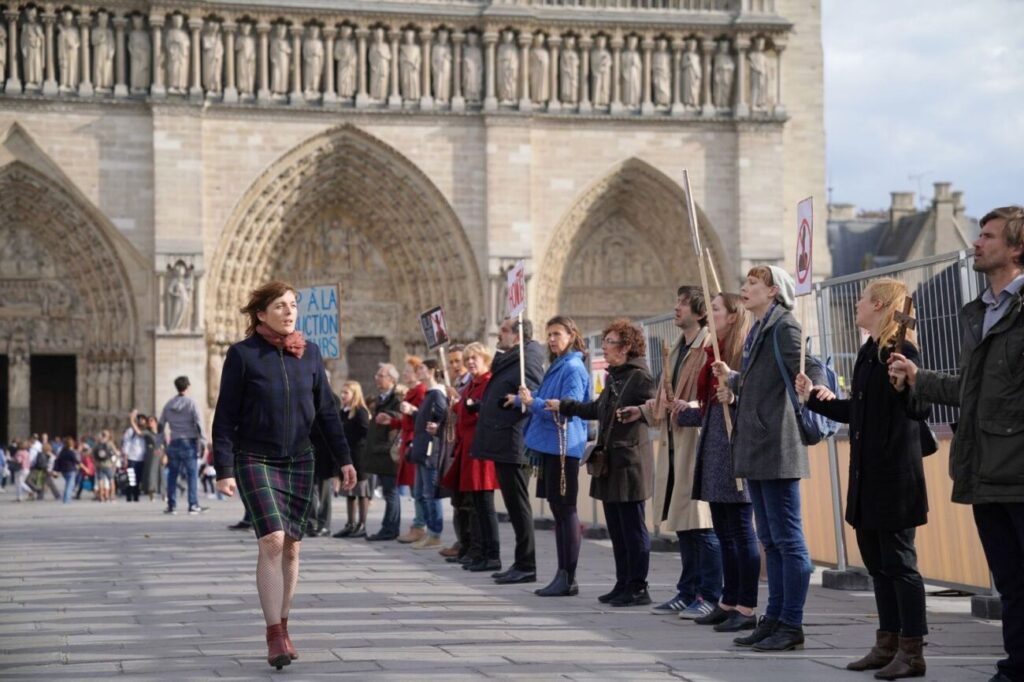 With an offline narrative to impose and describe feelings, Notre-Dame makes a mistake by not creating the conditions for the viewer to feel an emotion. In addition, the French comedy calls for ending with a reference to the film ET, the extraterrestrial (1982), for lack of any other more creative end to an already distorted story.