Since the “ Raya and the Last Dragon ” project was reported by Disney, expectations have been rife. Was she the new princess of the enchanted castle? Could she overcome the recent Golden Globe nominee “Soul”? Then came the producer’s announcement that the film would be released simultaneously on its platform, Disney +, and in theaters, which had repercussions: some distributors refused to show the feature film and subscribers to the platform found it absurd to have to pay an additional R. $ 69.99 to be able to watch the movie on the “early” release date on the platform. With so much fuss, the result of “Raya and the Last Dragon”, after all, is a nugget: a movie that did nothing to generate a savory, easily digestible flavor. 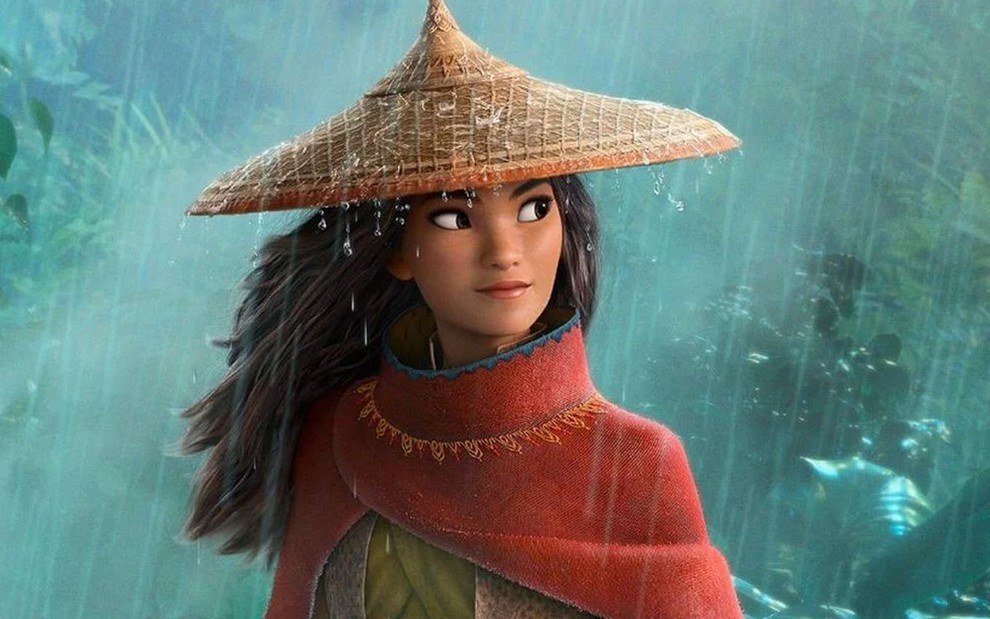 As a child, Raya (Kelly Marie Tran, in the original voice) and her father Benja (Daniel Dae Kim) had the hope of reuniting the five peoples to become one nation again: Kumandra. This had happened over 500 years ago, when humans and dragons lived together peacefully, until one day the forces of darkness threatened the land and, in an attempt to save humanity, the dragons. shared their powers and created a unique gem, guarded by the Raya family. So by bringing the five peoples together to try and ask that, if they trust each other, the land could be Kumandra again, Benja’s plan goes very wrong, as the rulers of the other peoples fight over the gem and end up smash it into five pieces, raising from the darkness the great menace that turned humans into stone statues. Six years have passed, Raya is now a lonely young warrior with one goal: to find Sisu (Awkwafina), the last legendary dragon, in the hope that he will restore the balance of the earth. 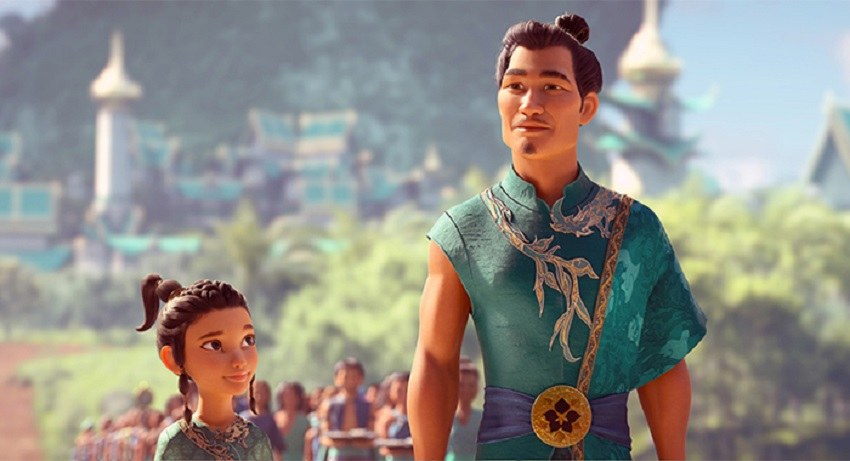 The narrative structure of “Raya and the Last Dragon” is odd, as it presents the entire plot in under ten minutes without delving into anything, neither the legend of the dragons nor the main characters. So we started Raya’s adventure without even knowing exactly what she expects from life. With a story created by eight people and the script signed by Qui Nguyen and Adele Lim, the feature film’s plot focuses more on Raya’s transformation into a sort of bounty hunter, going from location to location behind jewelry, meeting people and opponents. halfway and without stopping too long at each place. That’s it. 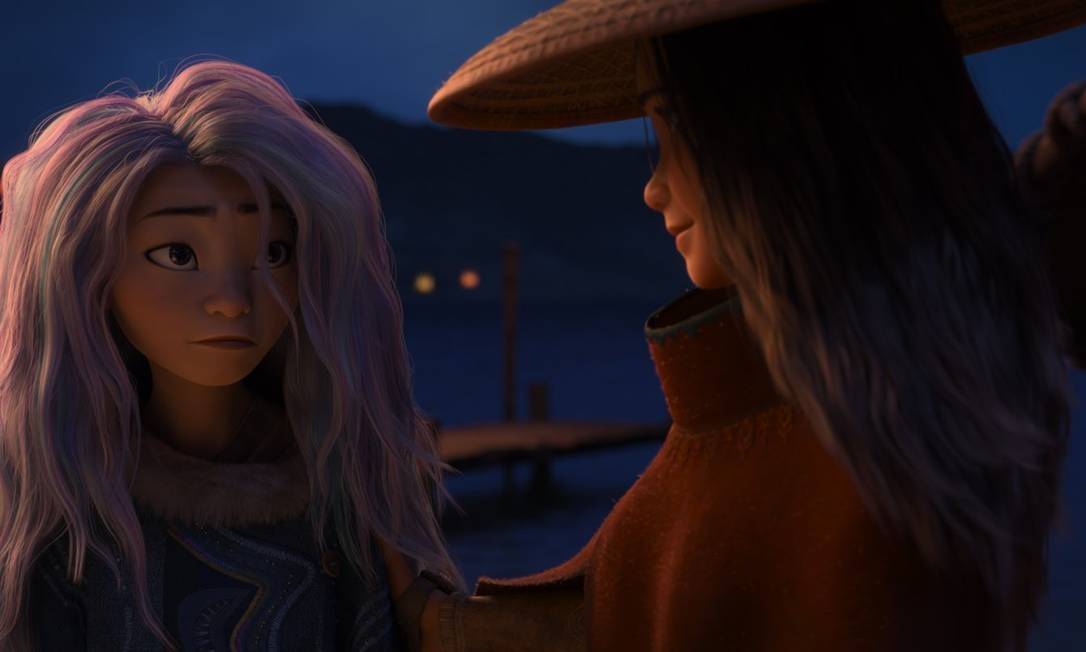 So, what the film directed by Don Hall and Carlos López Estrada ends up presenting to the viewer is a sequence of mini-adventures to fill the big screen of the cinema, in order to sell video games and to make the protagonist come across as a great warrior. . The aesthetic of the first part of the film is very reminiscent of the technique used in the ‘Clone Wars’ animation, from the ‘Star Wars’ universe – which, incidentally, seems to have been the inspiration for the production, which created a balloon armadillo that runs like BB -8, draws a desert like Anakin’s, and features persecution sequences worthy of George Lucas’ universe. In the last part we have a possible Easter egg with a citizen just like Grandma Coco, from ‘Viva – Vida é a Festa’, in the same place in the forest of Arendelle and a beeeem scenario similar to that of Asgard, Thor and Loki’s house. 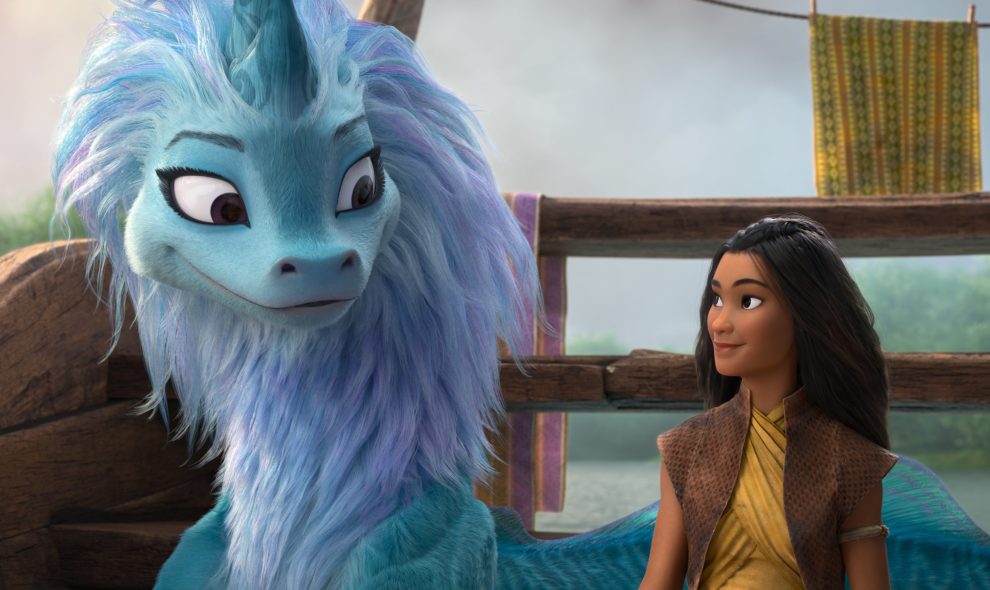 “Raya and the Last Dragon” is a very reasonable film, with little story, a lot of adventure, and a tedious way to present your proposal. Disney does not bring anything innovative in this production, on the contrary, it seems to recycle its characters – Moana, Detona Ralph and Vanellope, Miguel -, to play in the mix a pinch of ‘Kung Fu Panda’, to use the scenarios of “Star Wars” and ask us to take advantage of this copy and paste work. Bit eye-catching and with a weak message, you shouldn’t even be selling dolls. 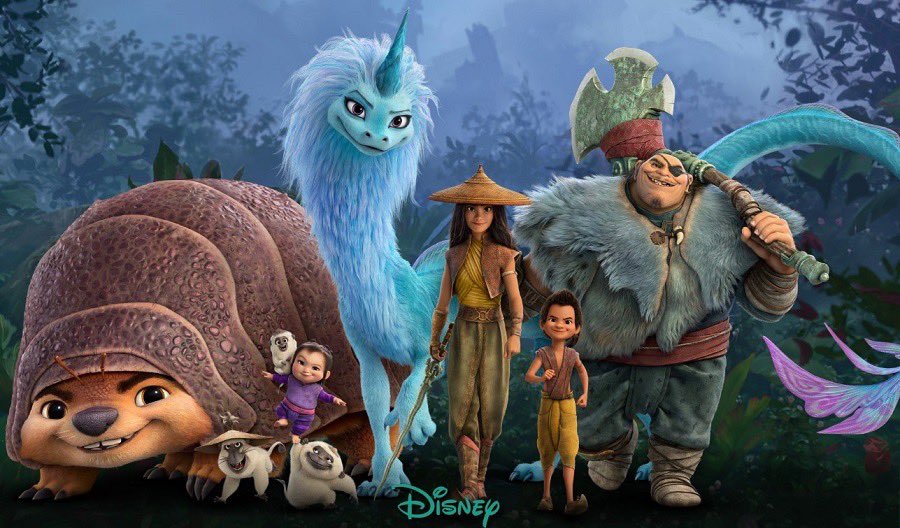