Human relations have changed a lot with the advent of the democratization of the Internet and of applications and social networks. This is already evident, but it still gives dense philosophical reflections, given the wave of problematizations that arise when the subject is the subject of a circle of conversation, an essay, an article or a material for the development of documentaries, films and serial stories.

In “ The One, ” another production on the manipulation of data and the intrusion of technology into the human factor that involves relationships, the detective tone blends with the basic elements of science fiction, in a program which brings into discussion something that is not far removed from current Tinder matches and their peers. As we know and experience, today we are no longer at the window, like Aurélia Camargo from the novel Senhora, by José de Alencar, becoming a showcase for the procession of her possible husband in the future. We also didn’t join the sneaky get-togethers after a ‘look’ at a walk in the mall or that ‘friends’ barbecue where we introduced ourselves to our friend’s only friend’. In fact, I am correcting. We still have interactions like this, but in the age of flirting apps, it has become much easier to turn to the virtual, another version of the ‘real’. 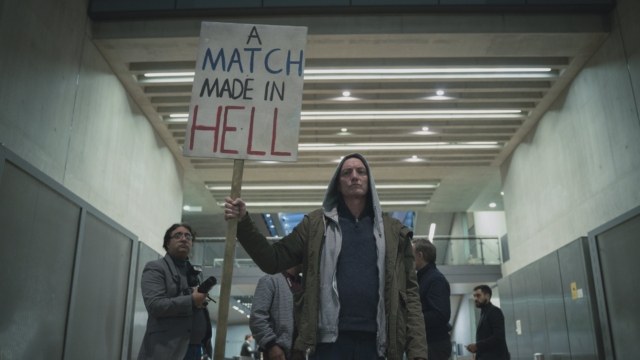 It’s much more comfortable for most. There you have found your story, you have the screen as a shield to hide from rejection. You can tell it from your perspective and analyze your interest in flirtation or sex in various shades, from photo and video files to the process of investigating the person and their customs on social media. It is a time that we have never lived before. There are no precedents, just similar versions of what we have experienced in the past, practices now accelerated in a present that is becoming dizzying. When we open an app like Tinder and put in photos, profile description, and other attractions, we are similar to the 19th century romantic character’s showcase behavior. They are different media for the same research. In the current scenario, however, the diet is more accelerated and the options are more diverse. There, we remain as the products of a showcase that must be attractive, studied, programmed and forged with the most varied subterfuges to achieve minimum acceptance and be the target of the desire of others, in order to increase our dopamine levels.

Based on the John Marrs novel, The One is an original Netflix production of 08 episodes, all in the traditional average of 45 minutes. Created and written by Howard Overman, the series presents the trajectory of Rebecca (Hanna Ware), a researcher who, alongside James (Dimitri Leonidas), develops an in-app service to discover who is the “soul mate” of the registered user. The basis of this investigation is the DNA of the person involved, collected for compatibility research. It does not take much for you, the reader, to understand that in this process of discovery and scientific daring, things start to go wrong because of a problematic factor in the process: the human being in his destiny. eternal dissatisfaction and curiosity. Revolutionary, Rebecca’s proposal creates a society of matches, with people truly linked by compatibility and others interested in bypassing the system in order to achieve their accomplishments and desires. And so, from the start, we already know that things are going to turn badly and that a trail of mystery, death and secrets is established. 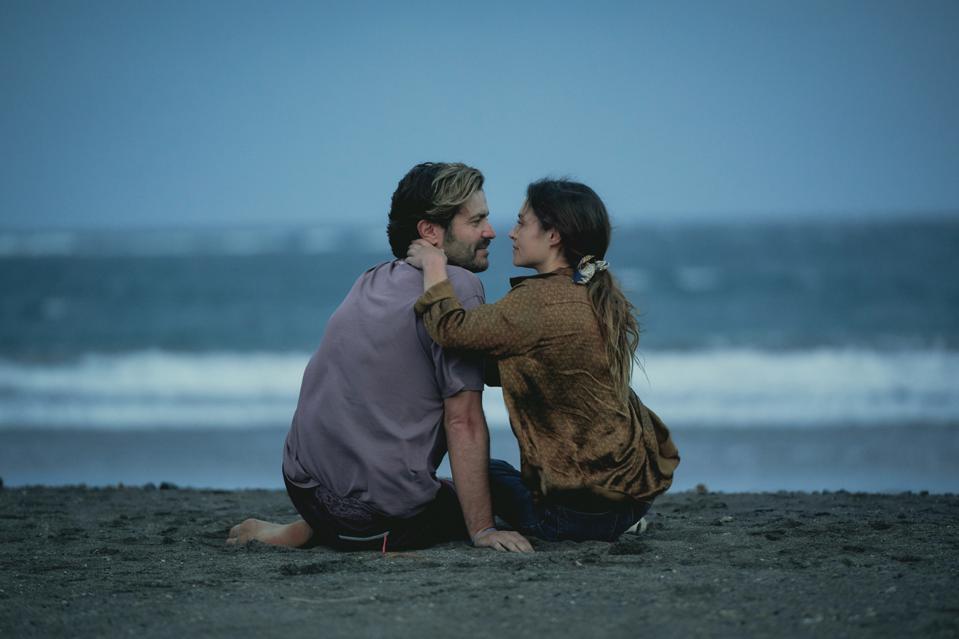 With the advent of the project in The One, the technology presents itself as something macabre, useful for our life in society, in a narrative atmosphere that has all the characteristics of a dystopia. When dealing with relationships in contemporary times, the series also discusses the amount of information and data in our present day that serves as instruments of power and social domination. In search of facilities in the face of a trajectory guided by frustrations, the characters abandon themselves to the universe of the compatibility program, with the aim of finding answers to their insecurities. Again, the issues: If the app describes its perfect match through DNA, why am I still going to insist on a relationship that wears out? If the program really works, how do I get around its “algorithm” by bringing in someone who is not compatible with me? We are constantly in search of the wonders of technology, but at the same time, in search of mechanisms to circumvent their patterns, often discriminatory, exclusive, etc.

It’s not exactly what The One says, but it is what one can reflect on the journey of its characters. As a highlight we have Kate (Zoe Tapper), a detective tasked with solving what lies behind the death of Ben (Amir ElMasry), one of those involved in the search for Rebecca who appears to be dead, mysteriously, with evidence of murder, not suicide or accident, as some imagine. The investigator finds himself in a relationship with Sophia (Jana Perez), a complicated girl who suffers an accident with a cyclist and becomes “a rock in her shoe”, since she is not as available as informed at the time of the match . Additionally, she is accompanied by a troubled past that involves her father and brother, a partner, among other chaotic matters. 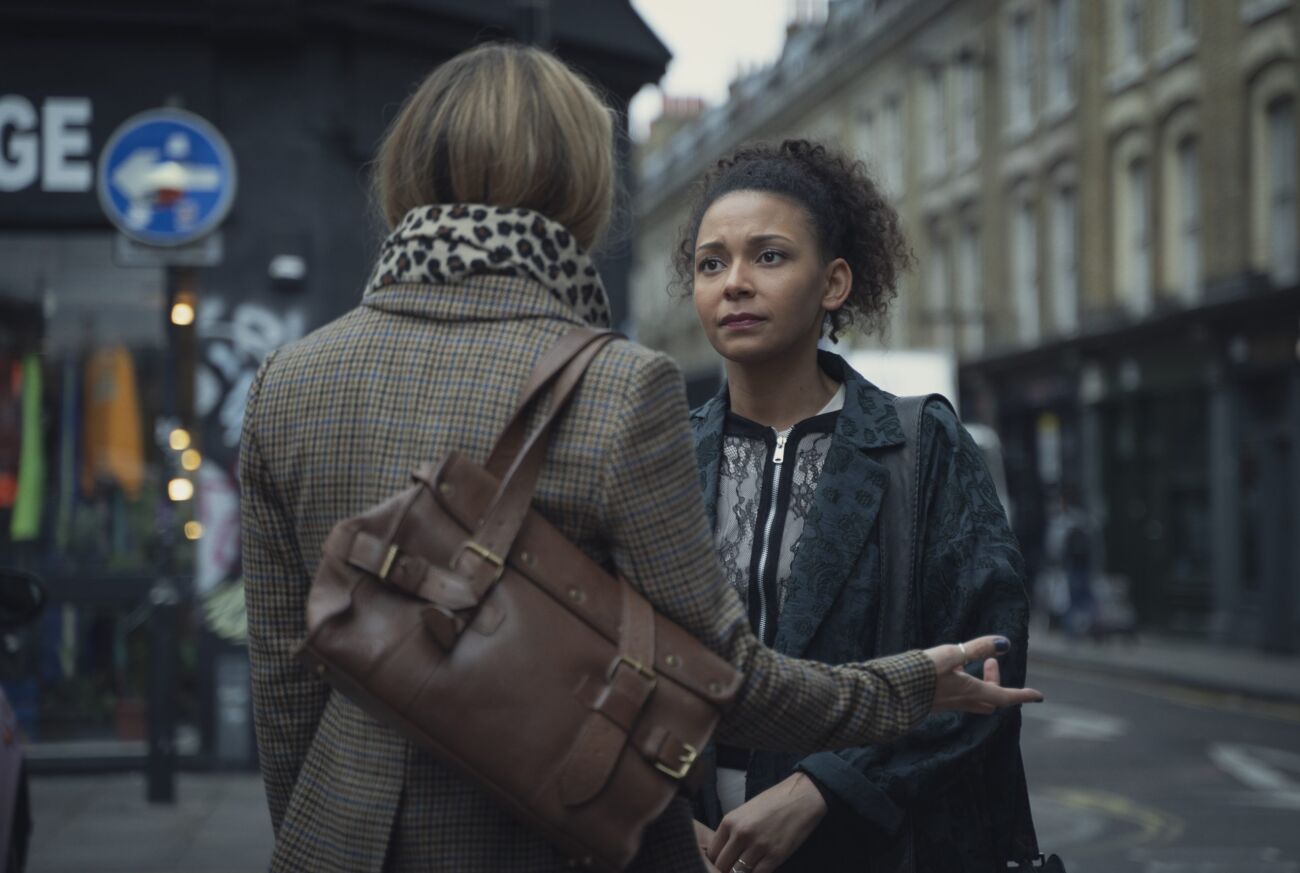 Another circle of important figures is that of Hannah (Louis Chimimba) and Mark (Eric Kofi Abrefa). They experience an intense romantic relationship, but the young woman discovers that her beloved’s match is the sultry Megan (Pallavi Sharda), a woman who must be removed from the couple’s life for the relationship to continue. There are still other characters, but everyone in general moves quickly on the stage and does not generate much interest. In addition, these are fictional figures captured by the photographic direction signed by the predominantly cold Daniel Atherton, as well as by the production design of Julian Fullalove, collaborator of the dystopian vibe offered by the series which still has a good musical job. in the direction of the percussive texture signed by Dave Rowntree and Ian Arber.

Throughout the marathon, I noticed how The One dialogues a lot with ideas from the book Amorous Relationships in the Digital Era, published by psychologists Adriana Nunes and Maria Amélia Penido in 10 informative chapters. The texts dialogue with debates on the positive and negative influences of the digital age in creating conflicts and anxieties in the lives of today’s users. Purpose, the book emphasizes that interactions in the virtual world are similar to what we consider to be real. In both spaces, we share emotions, talk, make new friends and even have sex. Earth treated as cyberpsychology, it is a universe that gained its popularity in the mid-1990s, was the emergence of chat rooms, followed by Orkut, Facebook, Instagram and apps such as Badoo, Tinder, Scruff , Grinder, among others. It is an arena for expanding the possibilities of relationships, something that should only be positive and ideal for the advancement of humanity in the face of new possibilities of communication. But it’s not. By inserting DNA and a more aggressive system intrusion into the physical aspects that make up the human being, The One demonstrates that we want a lot, but we are not yet prepared for the vast possibilities that present themselves with the device. ‘applications and networks available for our consumption. 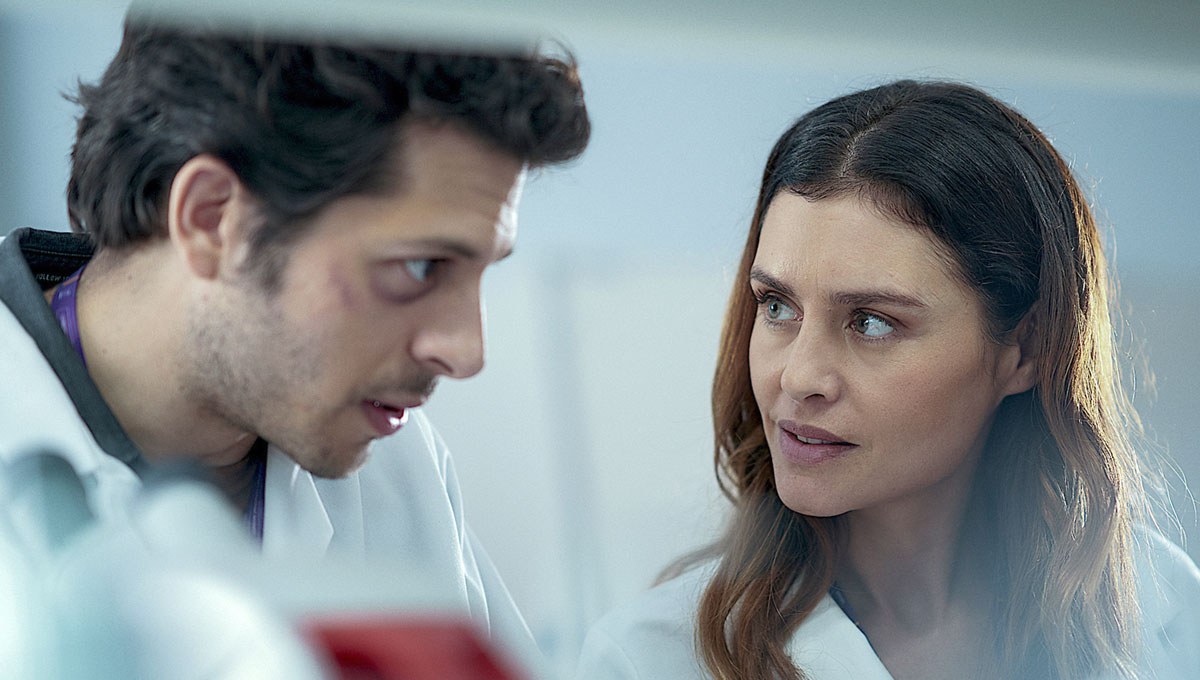 Directed by Jeremy Lovering, Brady Hood and Catherine Morshead, the episodes follow a very irregular rhythm, with moments of greater intensity mixed with the stagnation that pervades most of the passages. The One is a visually sophisticated series, but suffers from the aversion of its mostly uninteresting characters with awkward postures for our catharsis. If the element of entertainment is harmed by this question, the philosophical debate is at no time harmed.

Along the production there are points of articulation with other narratives from the same universe, like Soulmates, Weird City, Osmosis and the famous episode of Hang The DJ, from the fourth season of Black Mirror. These are products of the current cultural industry that give us grants to think about technology vis-à-vis humans and their unpredictable postures. The research data may be correct, but the behavior is still far from going through a direct process of robotization. They are anxious, desperate people in a constant game of maintaining their most basic desires.

As the protagonist Rebecca points out in one particular episode: “If we’re going to bet, why not roll the dice and get a six right away?”. It’s what people want in The One, but the price of maintaining that status is expensive and not everyone can afford it. Allegorically speaking, it’s like interest on credit cards and loan sharks. The snowball in the process is gigantic and after entering the exit can be too complicated.