One of the most important works in building the new live-action version of Cruella is precisely the visual concept of the villain of the same name. Known for her irreverent and exaggerated style, the fashion stylist demands a distinct production, consisting of a synchronized combination of costumes that is an extension of her personality and a careful montage of images, through makeup and hair.

And according to the film’s makeup artist, Nadia Stacey, it was essential to transform actress Emma Stone into a chameleon figure, who could transform from Estella to Cruella in surprising ways. At a closed-door event, where CinePOP was one of the guests, the pro gave details of her creative process – which directly impacted the film’s final outcome.

“I think what’s most important to me is that the hair and makeup in this movie is used as a tool for illusion – something I’ve never seen in any other movie. She must disguise herself for the baroness. And so, when we first see Estella, she has to be believable as a girl growing up in London. And so she creates this character in Cruella. And then when she starts to get to those red carpet moments, there’s also some sort of mask in all the makeup, because she has to dress up. So I needed the difference to be huge between the two looks. I had to keep Estella very simple so that we had plenty of room to develop Cruella. And I know that I will never have the same opportunity to create so many looks at once. 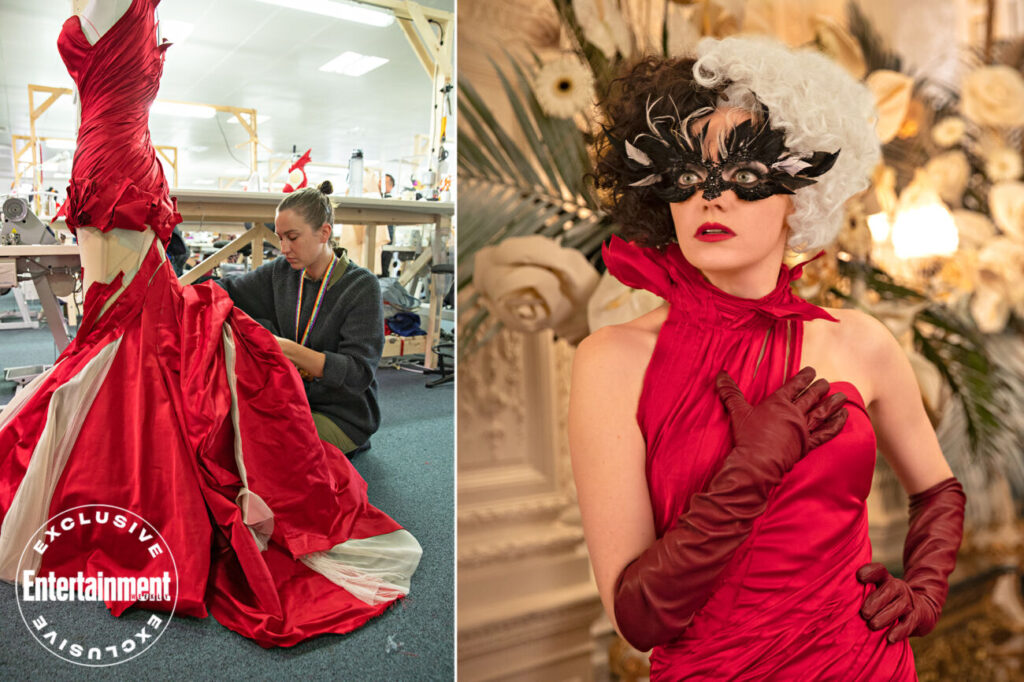 Stacey also gave details of the laborious steps involved in building Cruella’s wigs, pointing out the difficulties in composing the character’s look:

“It was very difficult styling the wigs for Emma Stone because at the time we were making the movie the market for wig production was quite tumultuous and we had a hard time finding the white hair because it has to be. treated in a certain way. very peculiar way. And for a long time I only had two pieces, so I continued to use both, always making some modifications. On one of them there was bangs, which is actually a separate piece. So I made these changes, adding and removing a few elements. Which worked really well with her. And when I saw Jenny [Beaven – designer de figurino do filme] doing all her clothes changes, it all worked out. But I admit it was a lot of work, but I don’t regret it. It could have been easier to do one or two styles, but when you have all this creative freedom, allowing you to play around with the character visuals, you’re like, ‘What can I do next? “