Did you find the title of the article strange? Controversial? Eccentric? Well, that was the intention. After all, all of those adjectives apply perfectly to Cruella, the latest Disney hit that helped regain some public trust in the live-action actions of classic studio franchises. The plot is very interesting and makes a creative reinterpretation of 101 Dalmatians, without being linked to the two films made in the 1990s. The story takes place in London at the height of the punk rock movement, and the film specifies that this choice is not It’s no mere coincidence in incorporating all the subversion of time into the narrative elements and the characters themselves. It’s as if all of Cruella’s debauchery and extravagance is present throughout the story, setting the tone for the plot by playing with the controversies that populate the main circles of blockbuster debate these days. 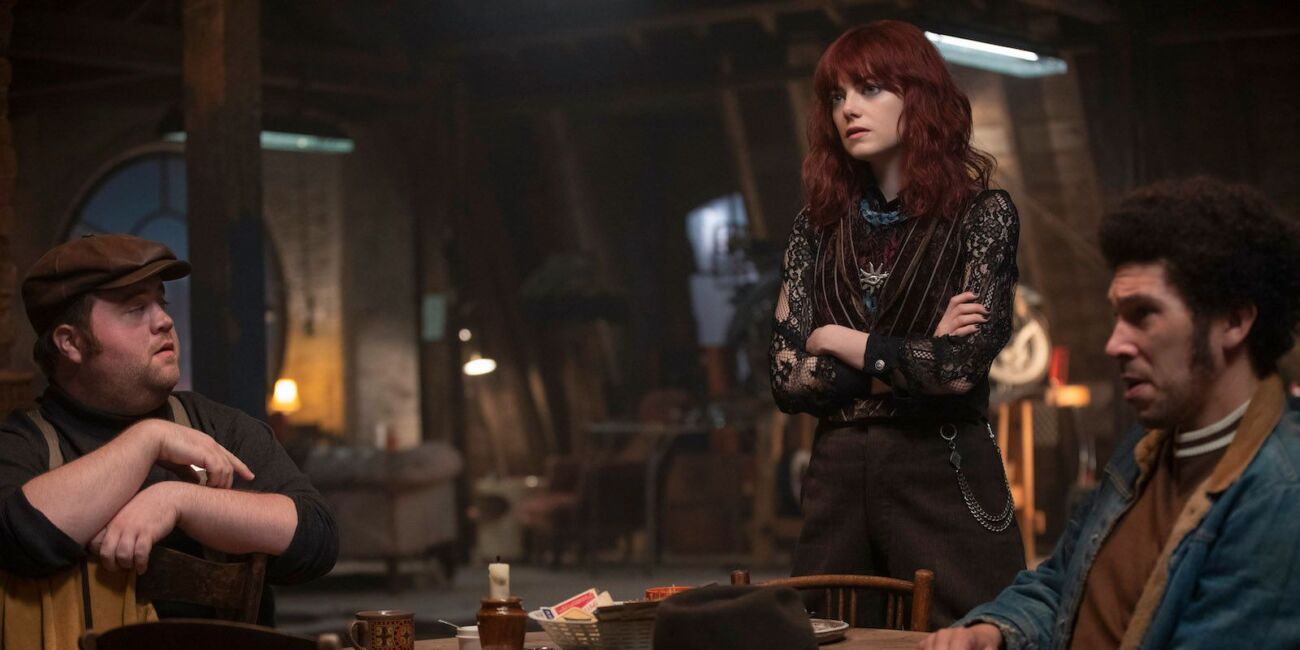 The new version of Cruella subverts just about everything one expects from the film.

Starting with the casting itself. There is nothing safer to generate negative buzz for a film than to change ethnicities. All it takes is for one of the thousands of white characters already in existence to be portrayed on the big screen as a black or Asian person for thousands of very conservative trolls or fans to come online complaining and saying that they won’t see the movie because the studio “spoiled their childhood” on them. As Cruella herself scoffs at the opinions of others, this film’s cast features a black Anita (Kirby Howell-Baptiste), an Iranian-born Roger (Kayvan Novak), and a clever Gaspar (Joel Fry). with curly hair. . Ethnic shifts occur as if they are deliberately causing these more conservative fans to complain, pointing fingers at the audience and asking, “What’s up? Are you going to complain now? “. And viewers just can’t complain, because the character development is so cool, so well done, that their color is what matters least. 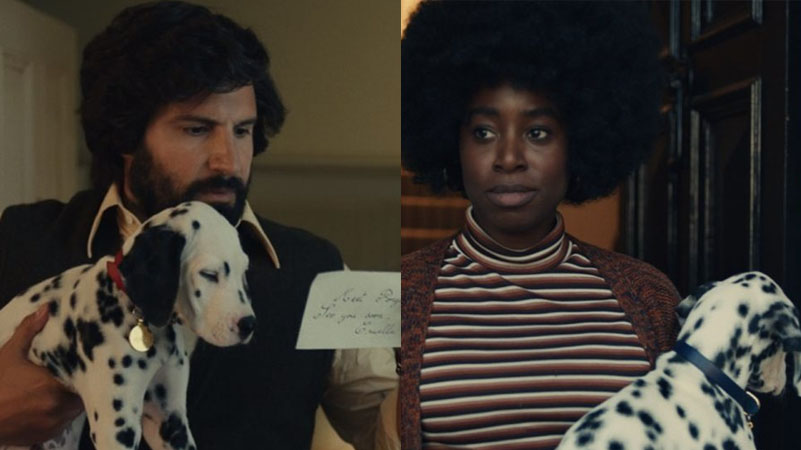 Roger and Anita are very different from animation or old movies. And it does not affect their development in any way.

Likewise, another topic that generally generates controversy is the presence of homosexual characters. With Artie (John McCrea) adopting a very extravagant look, Disney introduces a gay character and again leaves Horacio (Paul Walter Hauser) to identify with the character, leaving him open. And these are not characters thrown in there for free or forcing a performance. No, they enter the plot in a natural way, adding a lot to the movie. 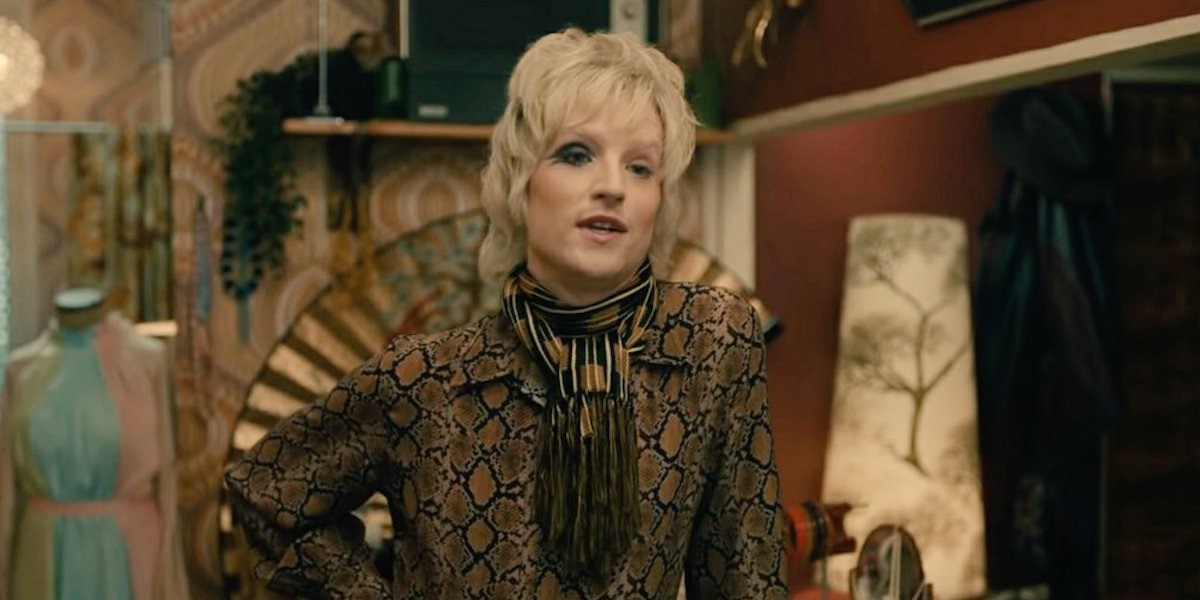 Archie sports some of the film’s most elaborate costumes and steals the show when he appears.

Another point that audiences generally don’t like is the role-swapping of heroes for villains. And in a movie in which the protagonist is a woman known for her desire to kill Dalmatian puppies, there was this concern about how violence against animals would be portrayed. The solution found is entirely satisfactory and in no way reduces Cruella’s weight in history. In fact, the way they deal with the character of a girl who still carried the evil within her and tried to hide throughout her life was just stunning. All this carried by a brilliant performance of Emma Stone, who knows how to make the transition between caricature and shocking in a masterly way. And knowing just how much Hollywood critics harbor a strong aversion to caricature, inserting those villainous moments typical of children’s films was a masterstroke. 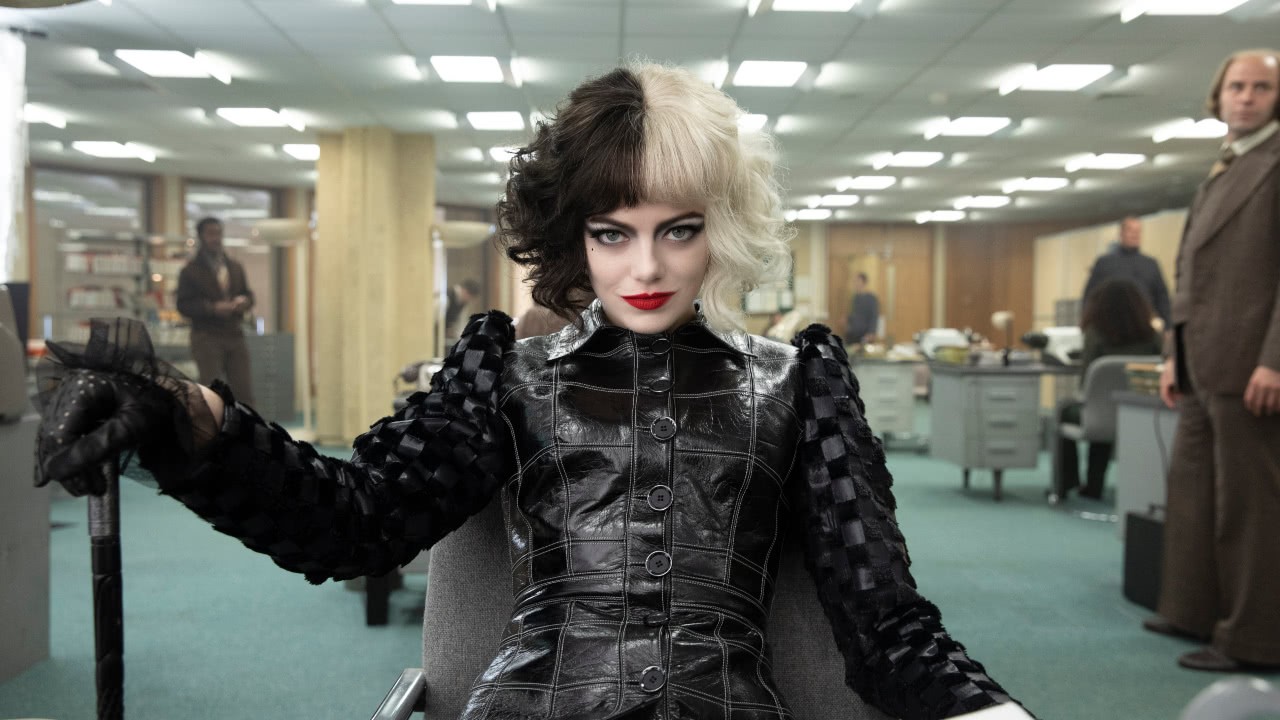 Flirting between the absurd and the caricature, Emma Stone shines like Cruella.

This question of the subversive female protagonist is not new to the director, since Australian Craig Gillespie also directed Eu, Tonya (2017), which tells in a very raw, perverse and funny way the real tragedy. history of the skater Tonya Harding (Margot Robbie), whose life was marked by abuse, assault and huge controversy at the end of her career. In other words, he already had this enormous baggage to carry out the “biography” of Cruella. However, outside of skating and in the fashion world, also known for a series of bullying. And the way he finds to create a villain for a villain movie without resorting to the cliché of putting the “good guys” in the role of antagonists is a lot of fun to follow. 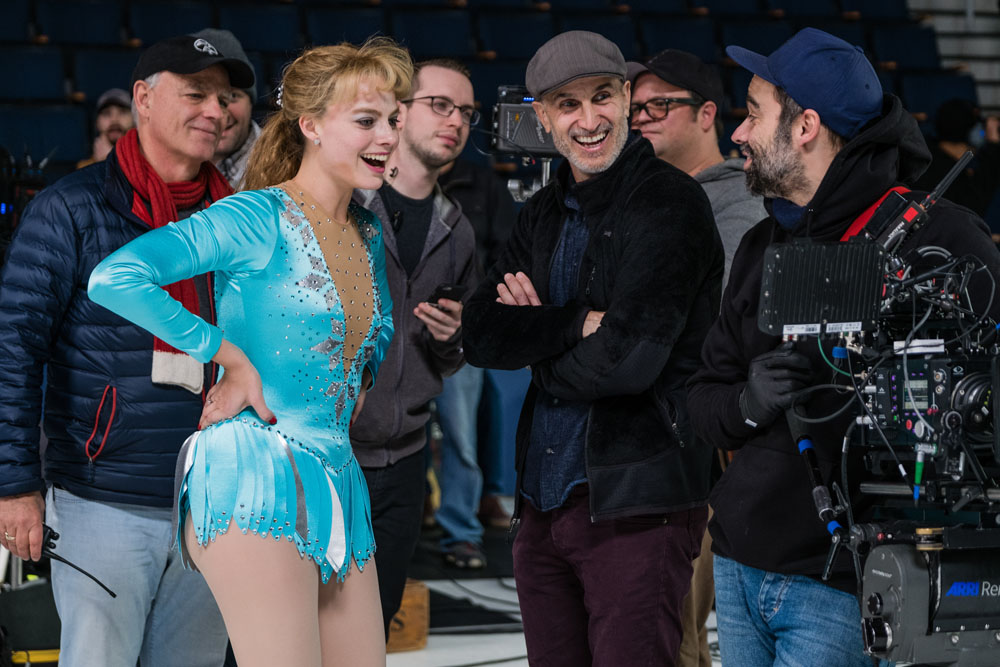 In “Me, Tonya,” Craig was already working on a story about a controversial female protagonist, in which costumes also played a full part.

And there’s no way to talk about the subversion of this movie without remembering the costumes. Within Disney itself, there is a terrible tendency in these live actions to resort to CGI dresses, see Cinderela (2015) and A Bela ea Fera (2017). This time, they brought in Jenny Beavan, winner of two Academy Awards for Best Costume, to work on the costumes and, without exaggeration, bring the story to life. Without the work of Jenny, who has made some of the most impressive dresses in recent cinema, the feature wouldn’t be the same. And it’s unusual to leave a movie commenting on costumes as much as this movie. It is as if the dresses, coats and accessories tell a story of their own, reflecting not only the personalities of the characters, but also the London personality of the time. It is literally fabulous work and adds indescribable value to the production. 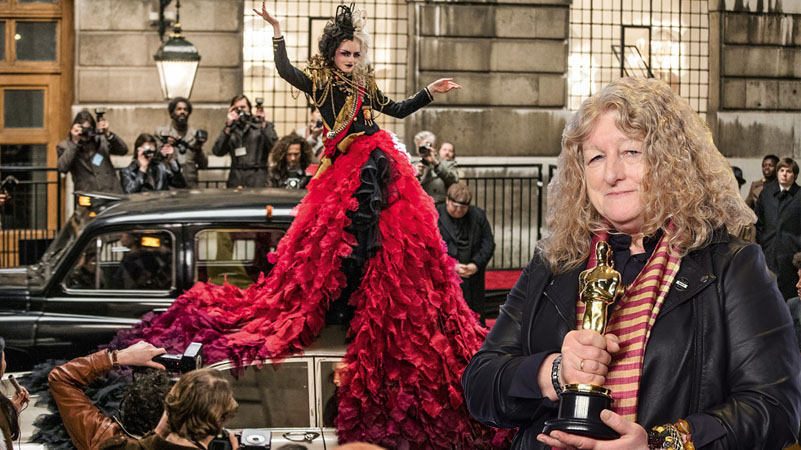 Finally, the soundtrack plays a lot with the era in question, bringing back some punk rock classics, but also uses themes that have been branded recently in superhero movies. The base audiences for a movie set in the fashion world and dark hero movies are usually not the same, from a more business perspective. So bringing this mix breaks all expectations. 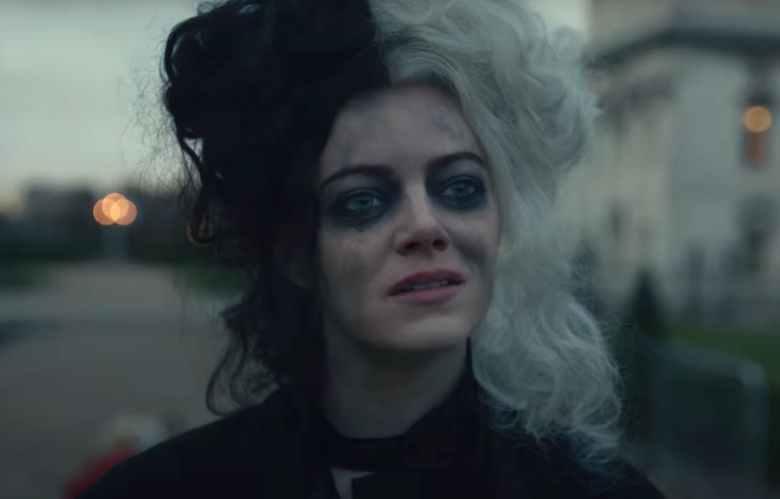 This subversive idea is only possible thanks to a mix of various talents that make up Cruella. Just like the character, who lives with different personalities within himself, these different areas, such as directing and costumes, earning their own voices and coexisting to tell a great story, reveal themselves as something powerful and powerful. striking. Okay, it’s essential for a great movie that these sectors understand each other, but the case here is that each one goes to a location almost independently and ends up combining perfectly, delivering some of the best live action of the Disney classics, if not the best. 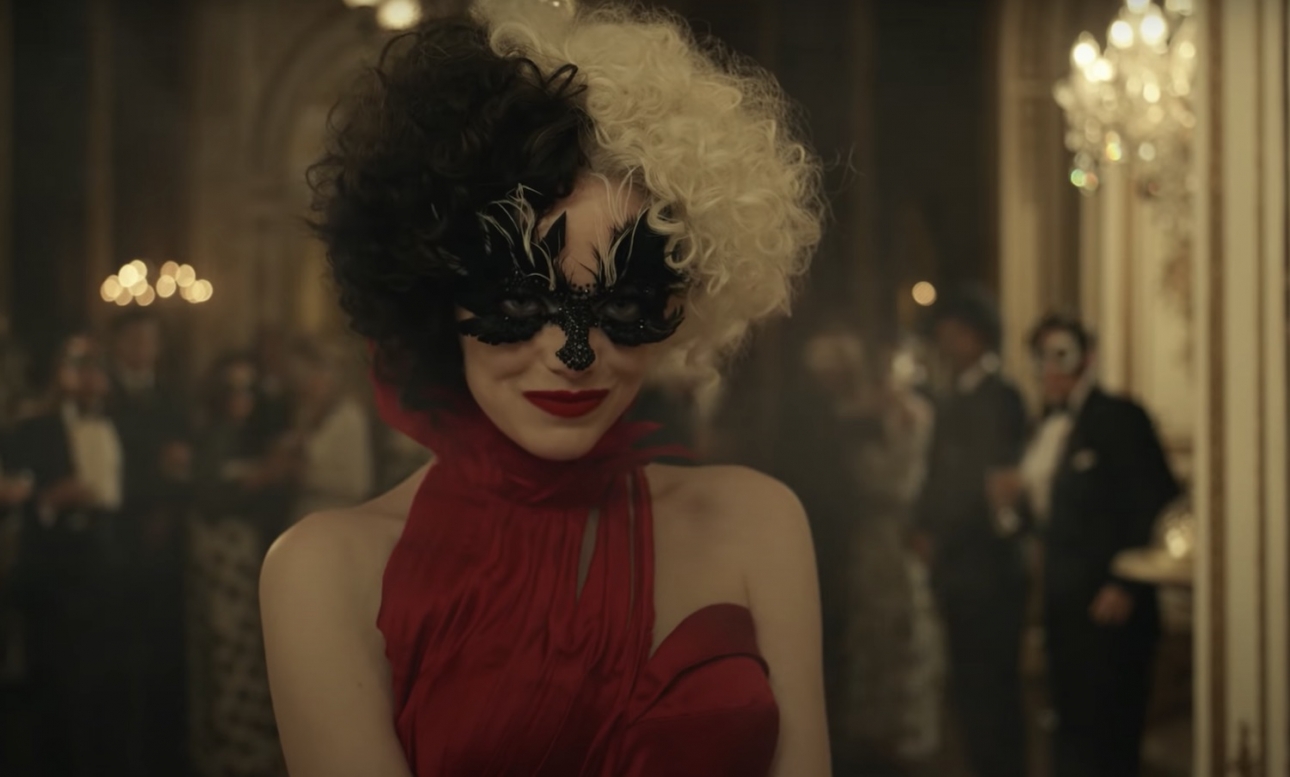 Cruella is shown in theaters and on Disney + via Premier Access.