The series made history and we still remember it today

In an era where streaming services are increasingly announcing new productions to compete with each other while digging rights to adapt stories from publishers outside of the DC Marvel axis, it’s worth stepping back to another era. simpler.

In 2014, the TV production market was completely different, with the traditional strength of cable channels persisting. These were the days when HBO and AMC went head-to-head to determine which of the two could produce the highest-quality series worthy of recognition; while the former saw its huge hit Game of Thrones break audience records with every episode and raise the technical bar for television series; the second had ended Breaking Bad to gargantuan levels of cheers as Mad Men entered its home stretch.

In film, Marvel Studios solidified its leadership in the comic book adaptation industry with the success of Avengers two years earlier, and was still going strong in the execution of its Phase 2 Universe (MCU). DC risked a first step in an attempt to close the distance with Man of Steel in 2013 and the Comic-Con announcement of the sequel, Batman vs. Superman. 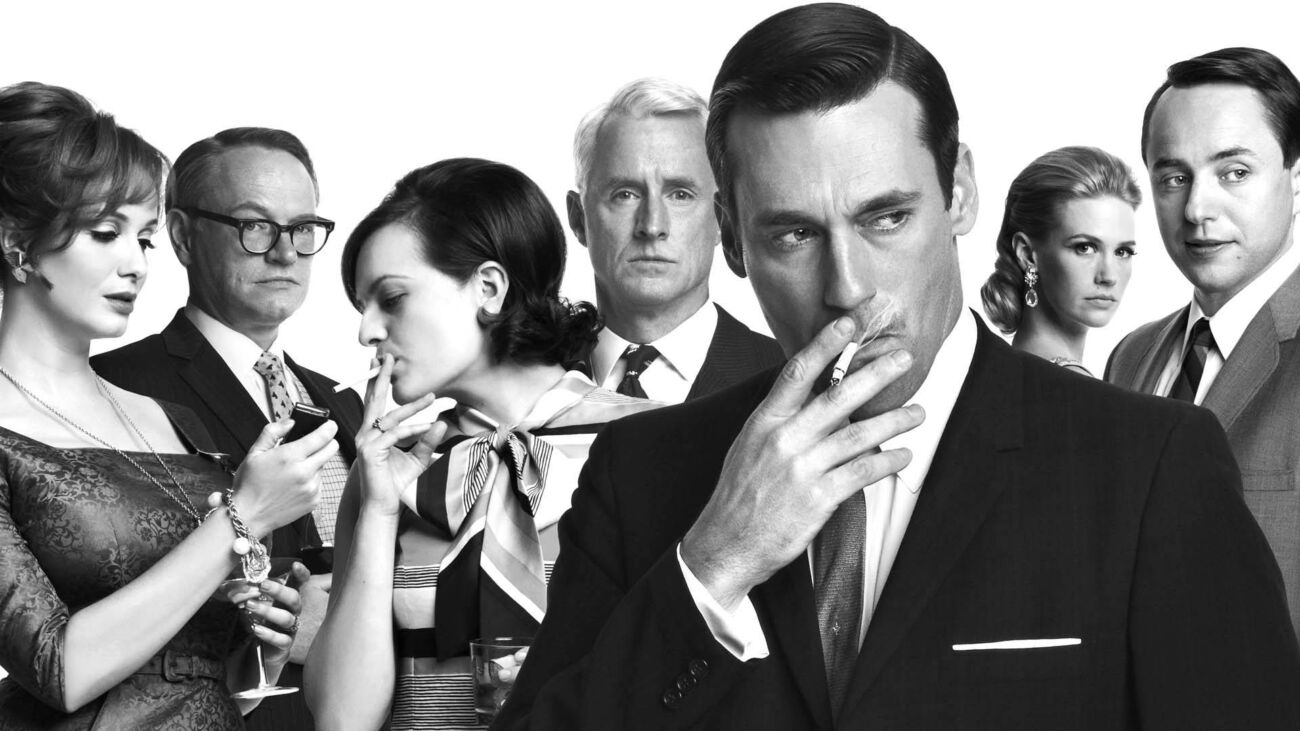 “Mad Men” was one of the mainstays of the most recent golden period of American television.

The presence of Casa das Ideias in the field of television was still rather timid, having launched in 2013 the series Agents of SHIELD on the ABC channel (which is owned by Disney) with the offer to accompany a group of agents of the aforementioned organization facing challenges imposed by supervillains. Since its inception, the project has been linked to the MCU by one-off references and the presence of Clark Gregg (recurring agent Coulson of Phase 1) as the primary name.

However, despite having initially attracted a number of viewers motivated mainly by curiosity, the program made it clear that it would not be able to carry the publisher’s mark on its own for long. At the same time, in the still unknown and mysterious realm of streaming, Netflix was making its first big impact. Around 2013, the service launched its first original series titled House of Cards, bringing the giant name of director David Fincher and duo Kevin Spacey (before the charges) and Robin Wright to the foreground of the project as the protagonists.

Hailed from the start, the political drama brought attention to this growing digital market and shattered the concept that only established TV channels could deliver top-notch productions. It was at the end of 2013 that Marvel Television (whose penchant was more towards animation than anything else) and ABC approached Netflix by offering it four characters: Daredevil, Jessica Jones, Luke Cage and Iron Fist; in order to produce the Defenders crossover.

The revolution of the “House of Cards” was to prove that streaming for newborns could offer great productions.

After deciding that the first production would be Daredevil, it was time to approach a producer to order the series. At this time, the name of Drew Goddard was chosen; until then, his experience as a series producer was limited to Lost and Alias. The filmmaker, however, was unable to stay until the end of the first season and gave the job to Steven S. DeKnight (currently the head of The Legacy of Jupiter).

After picking up the show, the producer was simple in not wanting the show to be a literal adaptation of a story or character arc in the comics; its best-known and established elements would serve as the foundation for the execution, but the creative decisions about the script should be completely autonomous and the final say should be yours.

Certainly, the influence of certain stories visually outweighs the total autonomy of the creative team, especially in the first season centered on the origin of the vigilante in the manner of Frank Miller’s Fearless Man; the costume decisions also corroborate this line thanks to the clothes chosen to be the “prototype” of the famous costume. The series is also triggering links with the Marvel films, specifically the Avengers, in order to drop the possibility of a merger that has yet to take place. 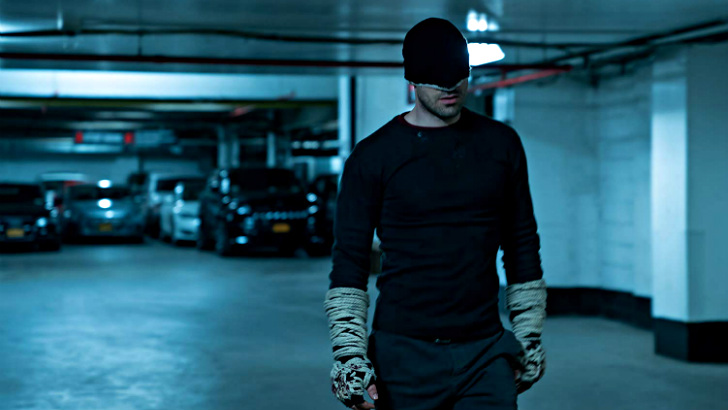 The ninja-style costume proposed by Frank Miller during his phase in the vigilante comics is in the series.

What makes Daredevil a completely different example from others in Marvel, on TV and in the movies, are certain technical and other factors in the storyline. The first is in the visual and how exquisitely the series works, the use of the shadows of the streets of New York, especially at night, as something that seems to visually consume the entire environment of the characters and how they are ultimately linked. to Daredevil himself.

The series then ends up escaping some of the bigger criticisms of the Marvel movies which are very similar look between all of the movies, there isn’t much variation in the use of lighting or aesthetic issues between them. Man Without Fear was written in the 1980s with the New York of that time in mind; Daredevil, on the other hand, brings to the city in present times the same sense of chaos and danger present in the past. This is achieved through the joint work of the aforementioned photography with the option for locations in neighborhoods such as Hell’s Kitchen and the almost total absence (except for scenes with Fisk) of Manhattan’s most famous places.

As for the scenario, its initial function is to show that its protagonist is a human being; with your faith; doubts; anguish and fear. As much as he is a vigilante with unique abilities, it is established early on that he will make a mistake and suffer for it. Still, work is being done to show that he has people he is interested in and that they will be both a motivation and a concern. 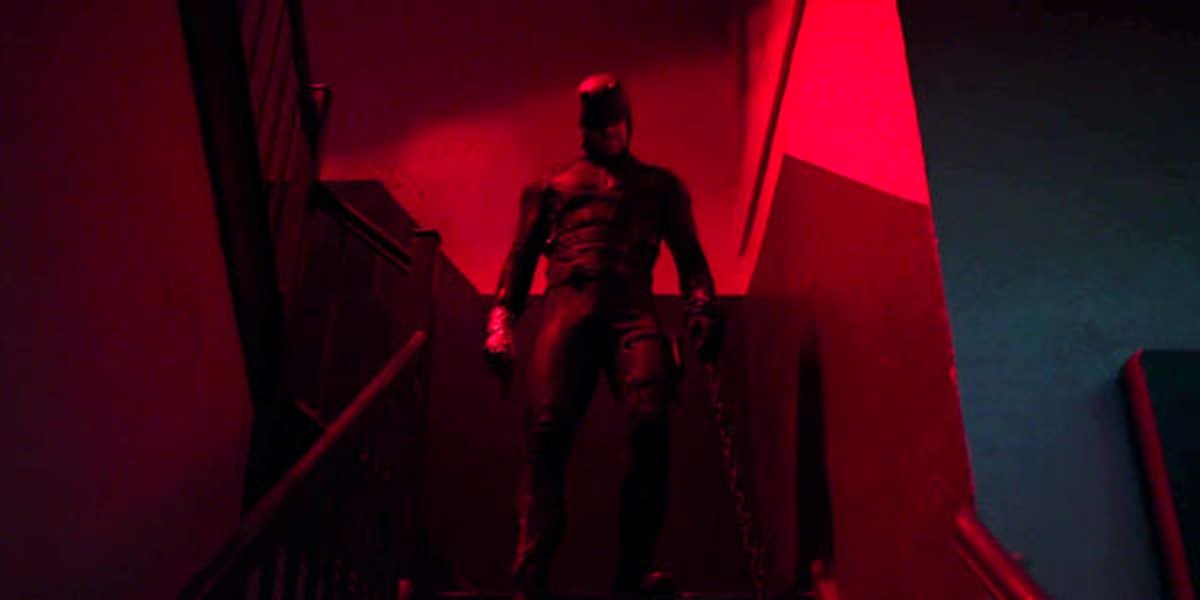 In agreement, the attention given to Wilson Fisk is remarkable, with work showing his growth in crime under the mentality that he does it to save the city he holds dear, making his journey much more upon him realizing that this that he is doing it is not for the city, and for himself – than to simply present an ascension trip to the Scarface. In this sense, Fisk and Matt are very similar and the conflict arises precisely from the opposition of the methods applied by the two.

Daredevil ran for three seasons, being suddenly canceled after Disney announced an investment in the Marvel series. Despite everything, the production still maintains a community of admirers who perceive in it a different ambition than many comic book series that have appeared all the time; something much bigger that will guarantee you a place in history when everyone else is forgotten. 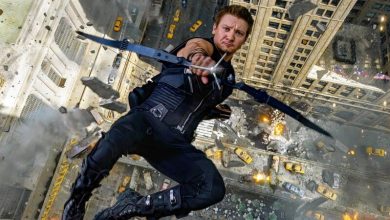 “Gavião Arqueiro” has a continuity ERROR when recapping the Battle of “Avengers Bones”; See which one!