Paris Filmes has released the first trailer for the national comedy ‘Deux + Deux’.

The feature film will be released in Brazilian theaters on August 12.

Marcelo Saback, screenwriter of ‘De Pernas pro Ar’, is responsible for the production.

Diogo and Emília have been together for 16 years, have a teenage daughter and are going through a tedious phase. But everything changes when they find out that their best friends, Ricardo and Bettina, are having an open marriage. More than that, they are adept at the practice of swapping couples, living it safe with their choice, and trying to convince them that it is possible to be very happy taking this lifestyle, let’s say, more liberal. The news falls like a bomb. After reacting badly to the idea, Emilia gets excited and convinces Diogo to go to at least one party with Ricardo and Betina’s “gang”. It was then that a series of events began which would more or less turn the couple’s life upside down. Will they put their jealousy aside and end up sticking to the practice? 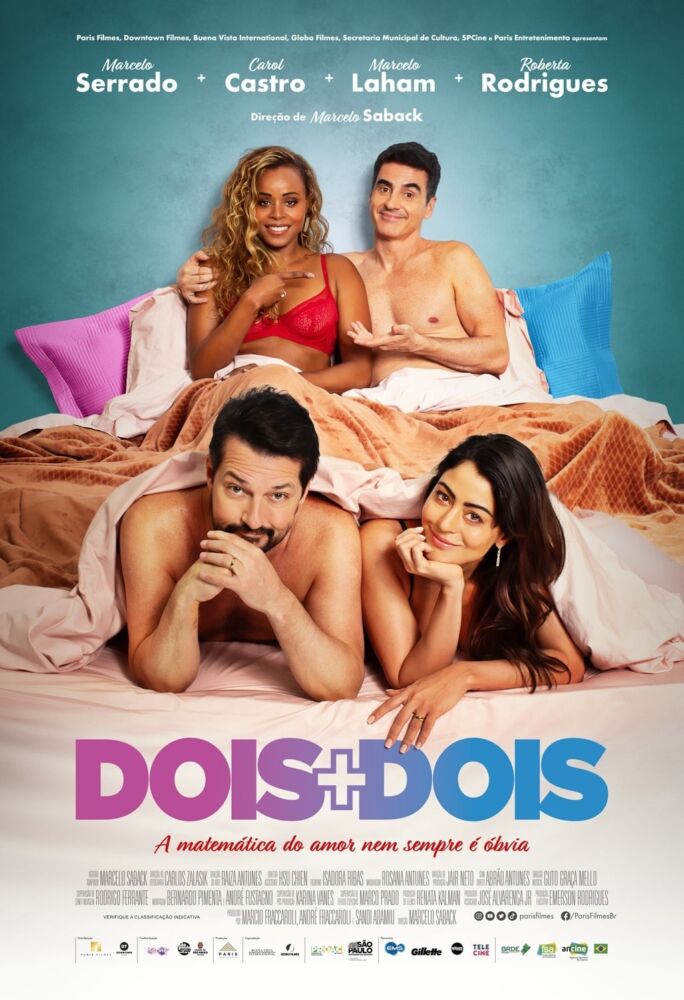