Through an official statement, Disney + revealed that it closed the third quarter of 2020 with exactly 73.7 million subscribers, all in just one year.

The numbers add up to 13.2 million new subscriptions since the last update, announced in August.

As more users are hiring the service due to the second season premiere of “The Mandalorian,” the next platform update is expected to hit around 90 million subscriptions.

In an interview with The Hollywood Reporter, Simon Murray, a renowned digital TV analyst, said Disney + could surpass 100 million subscribers in the first months of 2021.

In addition, the platform is expected to take the place of Netflix with the highest return to the number of users by the end of 2025.

Indeed, the streaming service is not yet available in all countries, which should change soon with the debut in Latin America, scheduled for November 17.

At the start of 2025, it is estimated that Disney + numbers could reach around 202 million, which is nothing new, given the popularity of the platform.

At the start of Q2 2020, Netflix reported that its user count had reached 183 million … But the company has been in the market for over 20 years. How long will it take Disney + to get there?

Depending on your expansion campaign, the platform may not take long to become the streaming giant.

By the end of 2020, Disney + is also expected to reach other territories, such as Japan and Western Europe, which will increase the number of subscribers exponentially.

Still, Murray predicts that Netflix will rack up 258 million subscribers by early 2025, but Disney + has the potential to surpass the mark by the end of this year.

Previously, Disney announced that the pre-sale of the annual subscription to its streaming service is now available in Latin America, including Brazil.

Additionally, subscribers will be able to watch Disney + on mobile smart TVs and any internet-connected device, including video games.

The platform also allows you to enjoy high quality content without commercial disruption on up to 4 devices simultaneously, unlimited downloads on up to 10 devices and set up 7 different profiles.

It should be noted that the president of Disney in Latin America, Diego Lerner, confirmed in an interview with Veja that the studio will invest in films and series developed by local actors and directors, depending on each country, including Brazil.

“Brazil is one of the 10 most important markets in the world for Disney. We will have content directed by Brazilian actors and directors. There will be investments in series and films. Streaming allows us to have this diversification. It’s a richer experience than television […] In fact, anything on display at Disney + from the rest of the world will also be available in Brazil. Said the executive.

Discover the films and series that will be released with the service:

The new Marvel Studios stories, which will arrive in the region for simultaneous release in the US currently scheduled for 2020 and 2021: Falcon and the Winter Soldier, which brings together Sam Wilson / Falcon (Anthony Mackie) and Bucky Barnes / The Winter Soldier (Sebastian Stan ) after the events of AVENGERS: ULTIMATE, in a global adventure that tests your skills and your patience; WandaVision, the comedy series that combines the style of classic comedies with the Marvel Cinematic Universe (MCU), in which Wanda Maximoff (Elizabeth Olsen) and Vision (Paul Bettany) live an ideal suburban life, until they begin to suspect that all is not what it seems; and Loki, a new series in which Tom Hiddleston reprizes his role as Loki and which also takes place after AVENGERS: ULTIMATE. The eight episodes that make up the first season of “The Mandalorian,” the epic live-action Star Wars saga that racked up 15 Emmy® nominations, with Jon Favreau as showrunner and Pedro Pascal as Mando. The second season will be released at the same time as in the USA. Star Wars fans will also be able to see Disney Gallery: The Mandalorian in November, a documentary series that explores behind the scenes of The Mandalorian in interviews, exclusive footage and panel discussions with those involved in the project. Additionally, Star Wars: The Clone Wars, the Emmy®-winning animated series, returns to its epic conclusion on Disney +. Films created by The Walt Disney Studios exclusively for the platform, such as The Lady and the Tramp, a live-action version of the 1955 animated classic; Noelle, an original Christmas-themed comedy starring Anna Kendrick; Togo, a real story that takes place in the winter of 1925, in the dangerous tundra of Alaska, full of adventures, which will test the strength, courage and determination of a man, Leonhard Seppala (played by Willem Dafoe, four-time Oscar nominee®)) and Togo, their main sled dogs Films that capture the essence of live experiences, such as Hamilton, which represents a leap in the art of filming live shows as feature films and will transport audiences to the world of Broadway shows in some unique and intimate way, with direction by Thomas Kail and executive production by Lin-Manuel Miranda and Jeffrey Seller, among others. High School Musical: The Musical – The Series, a new series that follows the days of East High students preparing to present a musical to school for the first time, with many references to the original Disney franchise Channel. Secret Society of Second-Born Royals, an exciting film that combines the charm of royalty with the action-packed adventures of superheroes in training. Director Anna Mastro is based on a story by Alex Litvak, Andrew Green, and Austin Winsberg. The National Geographic original series The Right Stuff is an adaptation of Tom Wolfe’s eponymous bestseller, in which he chronicles in the non-fiction genre the beginnings of the American space program. Produced by Appian Way by Leonardo Di Caprio and Warner Horizon Scripted Television, it features an executive production by Leonardo DiCaprio and Jennifer Davisson. Mark Lafferty (Castle Rock, Halt and Catch Fire) is an executive producer of The Marvel Heroes Project, which celebrates extraordinary young people making a difference in their communities. The six-part documentary series The Imagineering Story, from Emmy® and Oscar® nominated director Leslie Iwerks. The new Pixar short series in real life and Disney family Sundays, as well as the full collections of animated shorts SparkShorts and Forky Ask a Question, from Pixar Animation Studios.

Past, present and future of storytelling with a local flavor

The platform offers viewers of all ages a unique and unmatched combination, integrating new programs and films into the collection that belongs to The Walt Disney Company’s Creators Collection; visionaries who represent the forefront of creativity at Disney, Pixar, Marvel, Star Wars, National Geographic and more.

As of release in November 2020, here are some of the films, shorts and series that will be available to stream exclusively in the region through Disney +:

Classic animations from the Walt Disney Signature Collection, Walt Disney Animation Studios, created or inspired by the imagination and heritage of Walt Disney, including: SNOW WHITE AND THE SEVEN DABLES, BEAUTÉ ET LA BETE, PINOCCHIO, BAMBI, LE LION KING, DAMA AND THE BUM, PETER PAN, THE LITTLE MERMAID, CINDERELLA and more. The most recent Disney hits in live-action, such as: ALADDIN, MOGLI – THE BOY LOBO, THE KING LION, THE BEAUTIFUL AND THE BEAST, CINDERELA, among others. Movies produced by Marvel Studios and distributed by Walt Disney Studios that are part of the MCU (Marvel Cinematic Universe) from IRON MAN to AVENGERS: ULTIMATE. The complete STAR WARS saga, from its beginnings in 1977 to its peak in 2019, as well as movie titles that expand this universe like ROGUE ONE: A STAR WARS STORY and HAN SOLO: A STAR WARS STORY. The complete collection of innovative Pixar Animation Studios fan favorite movies, such as TOY STORY, FUN MIND, LIVE: LIFE IS A PARTY, WALL E, UP – HIGH ADVENTURES, MONSTROS SA, LOOKING FOR NEMO, THE AMAZING AND VALENT, just like that like all of Pixar’s unforgettable shorts, including Oscar® winning Bao and The Heroes of Sanjay. The complete repertoire of hit series episodes with a local Disney production that will gradually be integrated into Disney + for a new audience to discover stories like Violetta, Sou Luna, BIA, O11ZE, Juacas, Peter Punk, Jungle Nest, Highway Running the Adventure, When the Art Attack Bell rings and preschoolers can learn and have fun with Nivis: Friends from another world, Junior Express, Nana’s Floriculture, Disney Junior’s House, Morko and Mali, Clarilu Garden , Playground and Disney Playhouse. Favorite Disney Channel series like Hannah Montana, Zack & Cody: Twins in Action, Kim Possible, Mickey Mouse House, PJ Masks – Heroes in Pajamas and Jake and The Neverland Pirates in addition to a generation’s favorite Disney Channel original movies, including including: High School Musical, Camp Rock and Descendants. Incredible National Geographic Adventures including: One Strange Rock documentary series (presented by Will Smith); the documentary series Origens: The Human Evolution, which has acclaimed host Jason Silva; Jane Goodall: The Hope, the documentary which marks the 60th anniversary of her arrival in Tanzania to study the kingdom of chimpanzees; Before the Flood, with Leonardo Di Caprio; Free Solo, the Oscar®-winning documentary in the Best Documentary category; and programs produced in Latin America under the name Ciência do Absurdo. Some of Marvel’s TV series from 1979 to the present day, including X-Men, Spider-Man, and Marvel’s Runaways. 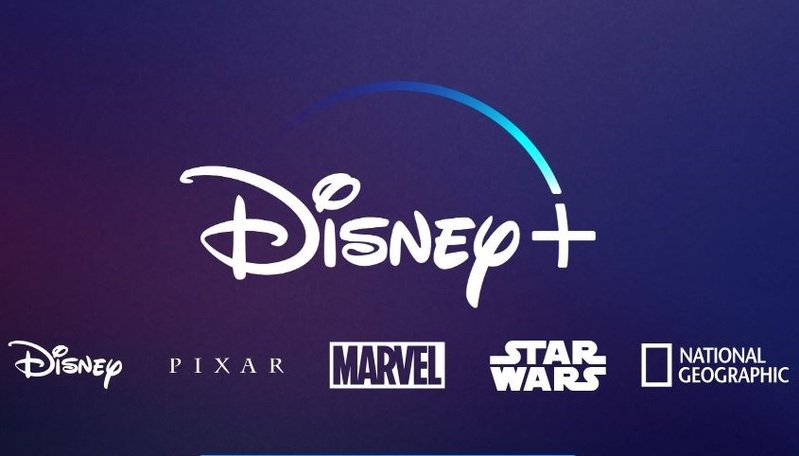