Via Twitter, Globo Filmes announced that the first film in the ‘Doctor Gama’ cinebriography will be released in national cinemas on July 29.

Directed by Jeferson De (“M8: When Death Helps Life”), the film will follow the trajectory of the lawyer, journalist and writer considered a national hero because of his fight for the abolition of slavery in the 19th century. century.

#LuizGama freed himself from slavery, became the country’s 1st black lawyer, was responsible for the freedom of hundreds of slaves and a fundamental figure in the abolitionist struggle. #DoctorGama hits theaters on 7/29, a good opportunity to reflect on racism! ✊ pic.twitter.com/DC9gSpCFJx

Son of a free African (Isabiel Zuaa) and a Portuguese descendant, Luiz Gama (César Mello) was sold by his father to slave traders when he was only 10 years old, and was eventually taken to São Paulo.

In town, he obtained his freedom as a teenager and learned to read on his own. His interest in reading opened several doors for the development of the man he was to become.

Throughout his life, Luiz made use of his forensic knowledge and freed hundreds of victims from slavery. He used the laws with knowledge and precision through a document which authorized the practice of law, given by the Judicial Branch of the Empire. 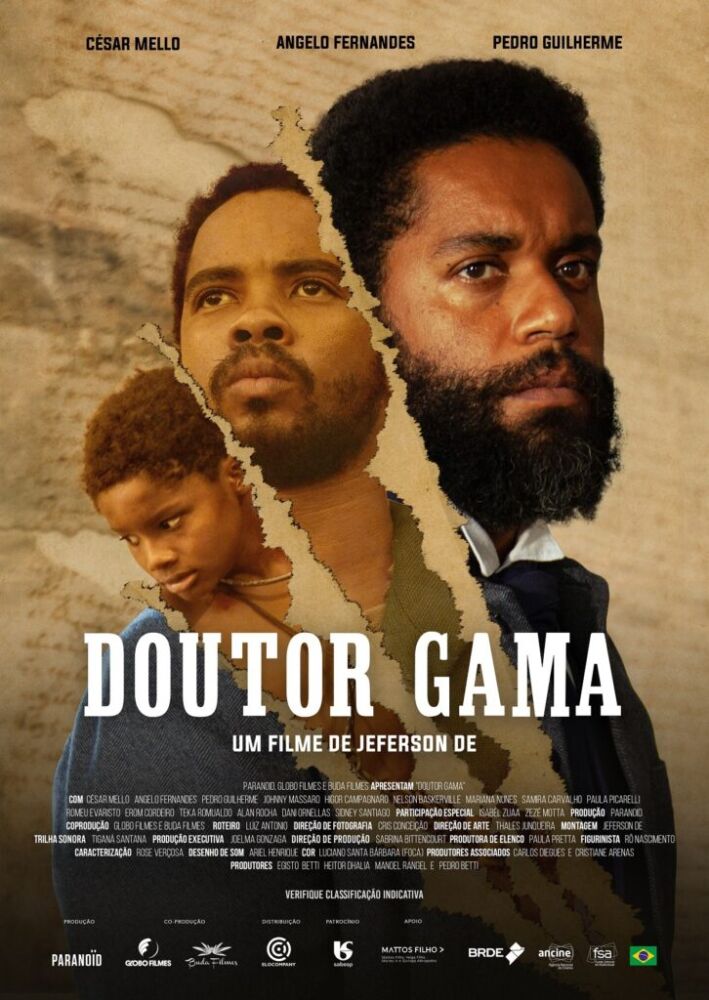