Via Instagram, star Henry Cavill posted a new behind-the-scenes video for the ‘Enola Holmes’ sequel, confirming that today (28) was his last day on the set.

In the sequel, he reprise his role as Sherlock Holmes, the famous detective brother of the main character.

“Talk, guys! Today was my last day on ‘Enola Holmes’. And I spent all day thinking about not going out and doing this run. It was a little dark and a little cold, and I was convinced all day that these are good reasons not to run. But I left, I did it, I loved it and I feel really great. So if you’re sitting at home thinking about not running today, put on your running shoes now, get out there, and do it. You won’t regret it, ”he said in the video.

Harry Bradbeer returns to directing and Jack Thorne, who wrote the first, will script the sequel.

“I can’t wait to start working with my Enola Holmes family again! Enola holds a special place in my heart – she is strong, fearless, intelligent and courageous. I can’t wait for fans to see how his journey continues! “, did he declare.

The film is based on Nancy Springer’s “The Mysteries of Enola Holmes” series of books, which includes six books. The first and fifth books in the series were nominated for the Edgar Awards in 2007 and 2010, respectively.

The first film is estimated to have been seen by 76 million viewers in the first 28 days.

Critically acclaimed, “Enola Holmes” has achieved a 92% approval rating on Rotten Tomatoes and has already become one of the most watched productions of the week on Netflix.

Harry Bradbeer (‘Fleabag’) is responsible for the production.

“Based on the beloved Edgar Alan Poe Award-nominated book series, ‘Enola Holmes’ tells the story of the rebellious teenage sister of Sherlock and Mycroft Holmes, a super-talented sleuth who often outshines her brilliant brothers. mother mysteriously disappears on her 16th birthday, Enola asks her older brothers for help. But realizing that they are more interested in getting her out of school than solving the case, Enola does the only thing she can do. a clever, resourceful and fearless young woman from the 1880s could do … she ran away from her home in London in order to find her. Upon meeting a number of very interesting people on her way, Enola finds herself embroiled in a conspiracy that could changing the course of political history Enola Holmes brings a dynamic turnaround in the brilliant family of the world’s greatest detective. 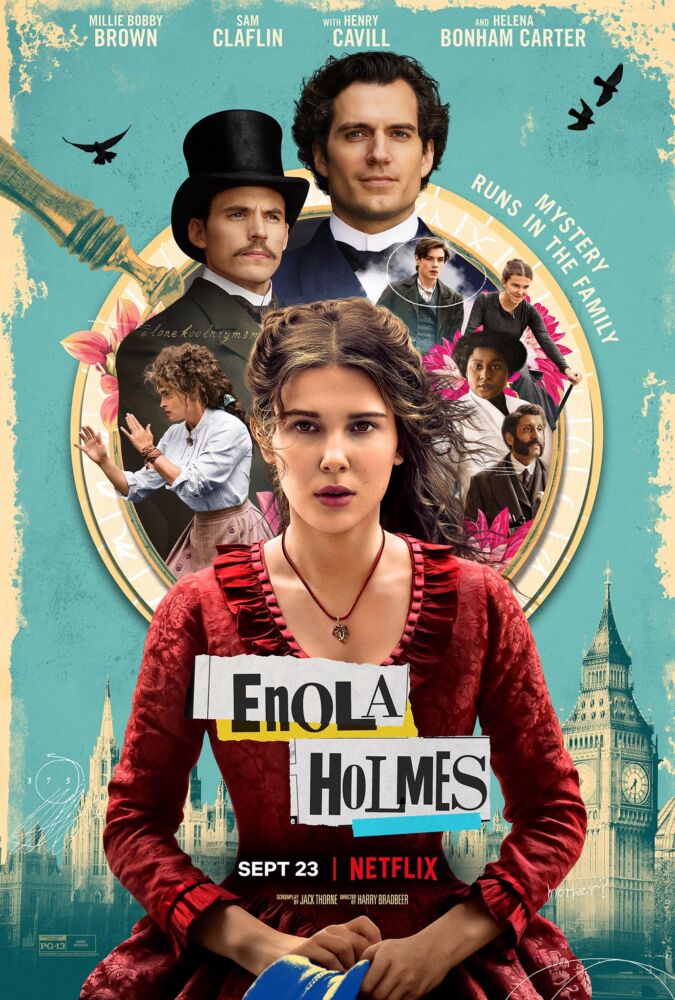