The sequel ‘Escape Room 2 – Maximum Tension’ (Escape Room: Tournament of Champions) hits theaters this week and according to director Adam Robitel, fans can expect a bigger, even more deadly storyline, with challenges. which will lead the characters to the extreme.

During an interview with ComicBook.com, Robitel revealed the new features of the sequence, highlighting the grandeur and new dimension of the pieces present in the production.

“This sequel was definitely the biggest movie I’ve done so far, besides being the most complex. Each room is its own mini-movie with all kinds of challenges. The train itself was built like a train, so there are no documentary-style shots, with cameras attached to the corners of the wall. We practically filmed the beach. We had 20,000 tons of sand that they brought from a beach in Cape Town. We ventilated the sand so that the actors sink in and that there is it everywhere, including in their eyes. New York Street was one of the towers in the rain, with things scorching and scorching. Every room felt like a nightmare, literally my own escape room.

On Rotten Tomatoes, the feature has achieved a 40% approval, with a rating of 5.10 / 10 based on 5 reviews so far. International critics praised the production’s action sequences and tense atmosphere, but noted the same mistakes as the previous film.

Check out the comments below:

“It’s a film aimed at a young audience that strikes a balance between loud optimism and despair” – The Age.

“There is enough genuine fun and fascination to make this tour worthwhile” – The AU Review.

“It’s really more of the same, just bigger and brighter, and less grotesque than the original” – Stuff.co.nz.

“Although director Adam Robitel tries to create something memorable through the edgy tone, the repetition and exaggeration speaks louder” – Concrete Playground.

“Robitel and his writers cannot leave bad habits, ignoring any sense of the conclusion to keep the money train going for a third chapter” – Blu-ray.com.

In the new movie, six people find themselves trapped in a new series of escape rooms, looking for what they have in common to survive … and discovering that everyone has played this game before. tournament for those who survived other deadly games.

Recalling that the film will be released in theaters on July 16, 2021 (six months before planned). 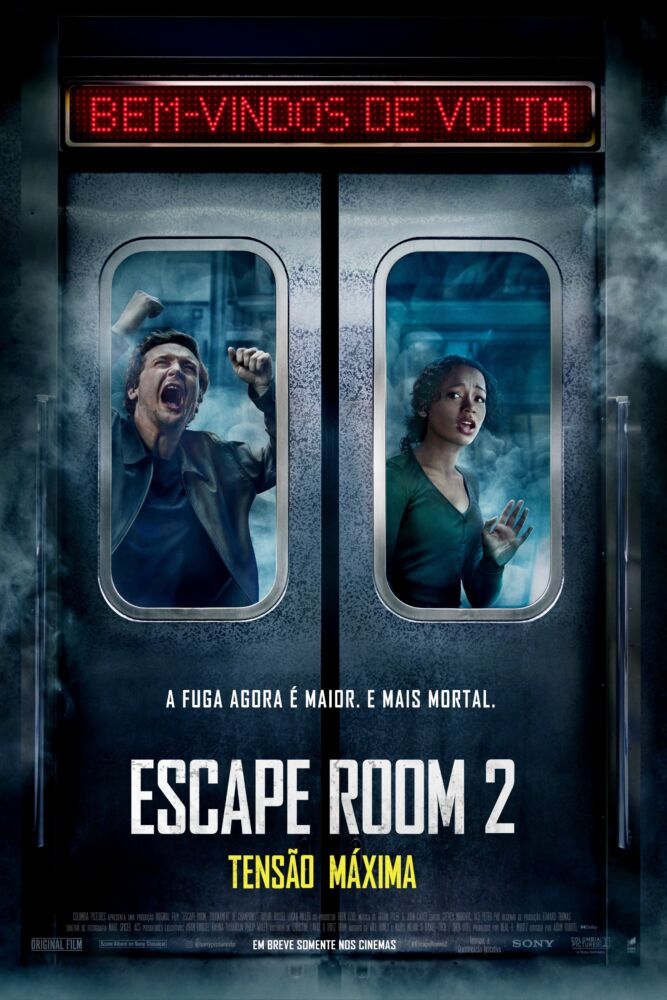