Made for fun without any pretension to enter into deep existential questions, in 2004, a film which will remain in the memory of generations and generations comes out on the screen: Eurotrip – Passport of confusion. Directed by filmmaker Jeff Schaffer, his first and only job as a feature film director, the project is a curious couple of very funny scenes, far from political correctness, which amuse from start to finish. To be the icing on the cake, a chewing gum song written for one of the characters has become a meeting place for laughs and laughs for a whole generation of moviegoers. 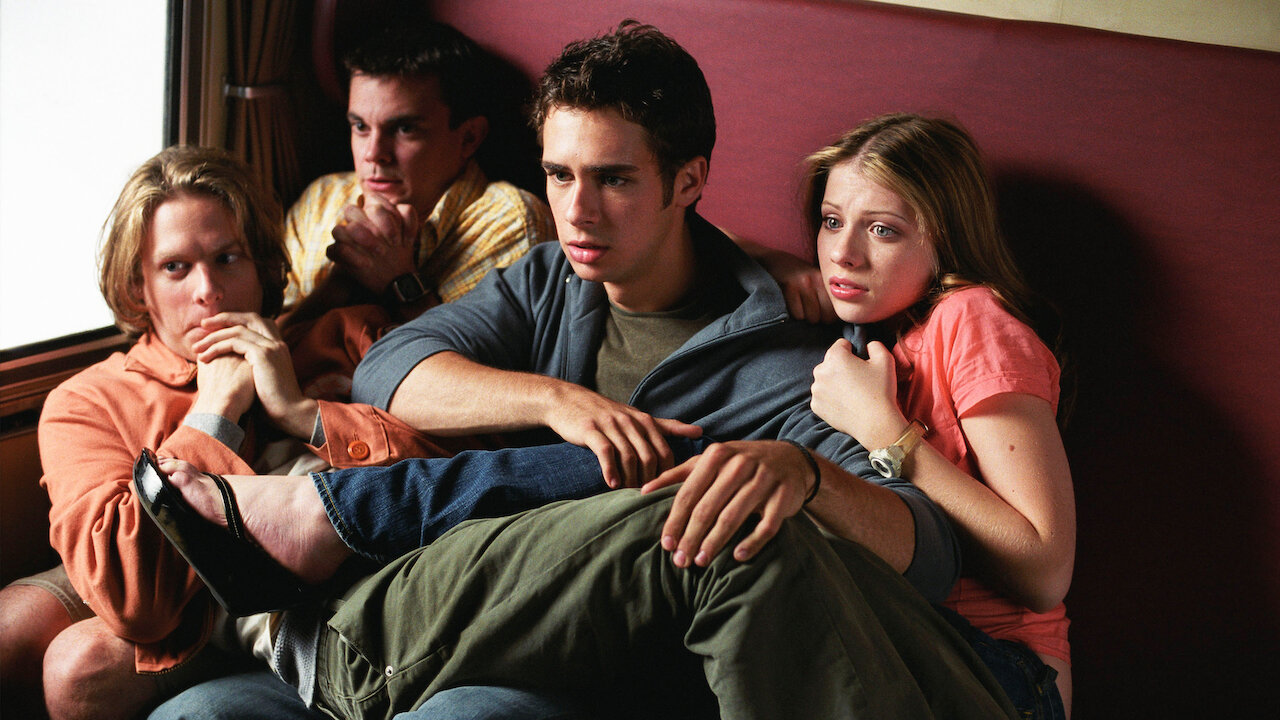 In order to try to understand the success of this film which is much talked about in cinematic circles, we analyze a few aspects:

Land full of ingredients from the 2000s 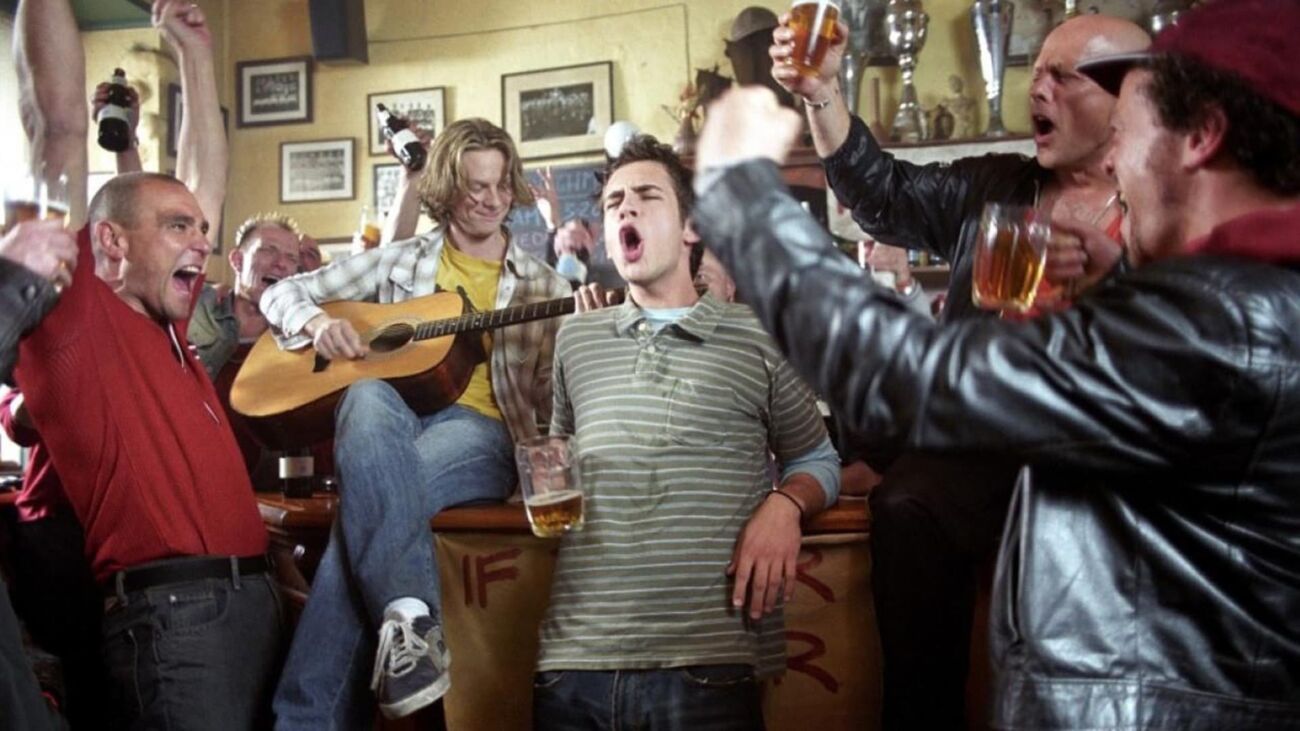 In the plot, we meet Scott (Scott Mechlowicz), a young man who has just graduated from high school in the United States and who at the same time ends up abruptly ending his relationship with his girlfriend Fiona (Kristin Kreuk) who he thought he would stay with. always. Naive, he is always laughed at by his friends and his younger brother. He practices German with a person who lives in Berlin and whom he believes to be a man, only he is wrong and the person he talks to every day on the computer is actually a pretty girl named Mieke (Jessica Boehrs ). Desperate to make this relationship a reality, he joins Jenny (Michelle Trachtenberg), Jamie (Travis Wester) and his good friend Cooper (Jacob Pitts) on a tour of Europe in search of Mieke.

Riding the wave of other films that tackle the same cut 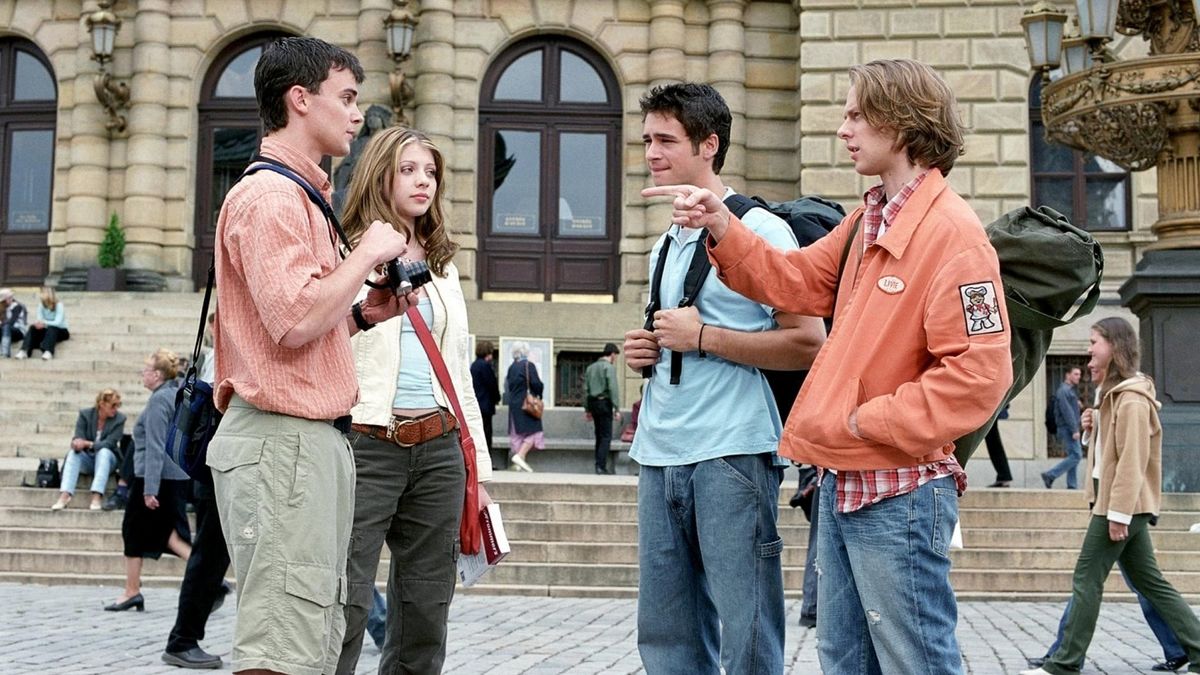 Riding the decade of the waves where films with teenagers become protagonists with their funny situations and situations that everyone has somehow faced or learned, like the forerunner American Pie, Eurotrip – Passport to Confusion searched its way to through the unusual imagination of the world of group travel. Always at the forefront of friendship, relying on friends in difficult times, facing life’s obstacles in a fun way, the film manages to get its messages across.

The exaggerations come in the form of a social context from an era already very different from today. 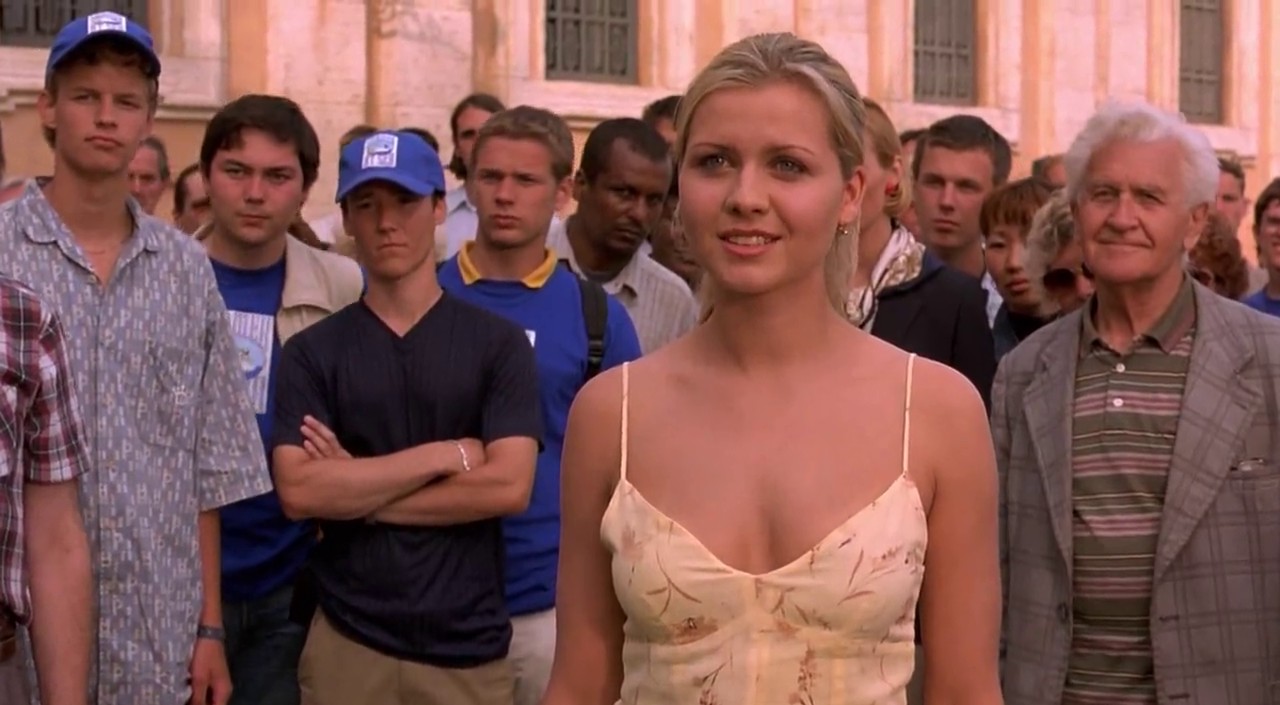 The exaggerations take the form of the social context of the time: like the value of the dollar in part of Europe (currency issue), the fame of freedom in Dutch cities, the strict Vatican control around the figure of the Pope, always on the lookout for intense museum and cultural sightseeing by tourists arriving from anywhere in Europe, the cutoff on hooliganism which is nothing more than destructive and unruly behavior linked to some British football fans, even the early days of the Internet when you think of the start of Scott and Mieke’s relationship. 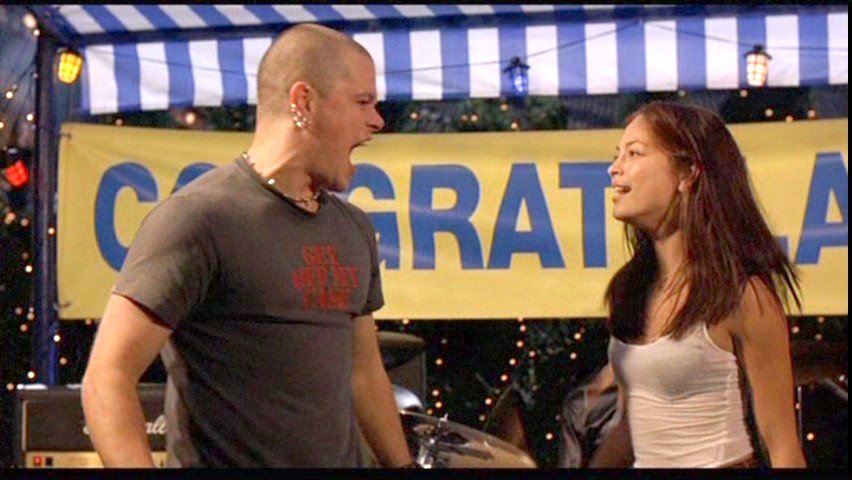 Matt Damon as the singer of the film’s most famous song is considered by many to be one of the greatest cameos in a comedy film. Canadian Kristin Kreuk, who at the time was a huge hit in Warner’s Smallville, was also a guest at the start of the film as Scott’s ex-girlfriend. 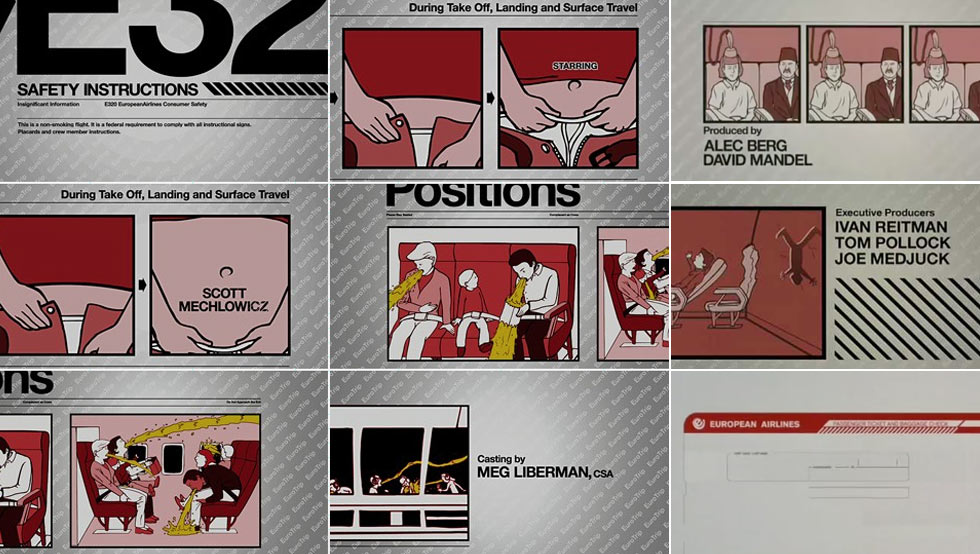 Already at a breakneck pace as soon as you play it is worth mentioning the excellent opening credits which are an animated and ironic parody of a boarding pass and a safety briefing card from the fictitious European Airlines. .

The unforgettable soundtrack and its symbolic music

The soundtrack ends up gaining an important role in this work. A group formed in Boston in the mid-90s called Lustra, without much success so far, won the lottery in 2004 by composing the song Scotty Doesn’t Know which became the great reference of this project which entertained from the beginning to the the end. The song holds an important place in the project from the iconic scene that comes into context at the start of the film.

Unusual fact with music as the epicenter of a story

At the end of 2018, Australian Prime Minister Scott Morrison had his personal website hacked. Rather than displaying information about the Prime Minister and his policies, the page featured an image of Morrison with the song Scotty Doesn’t Know played over and over again. 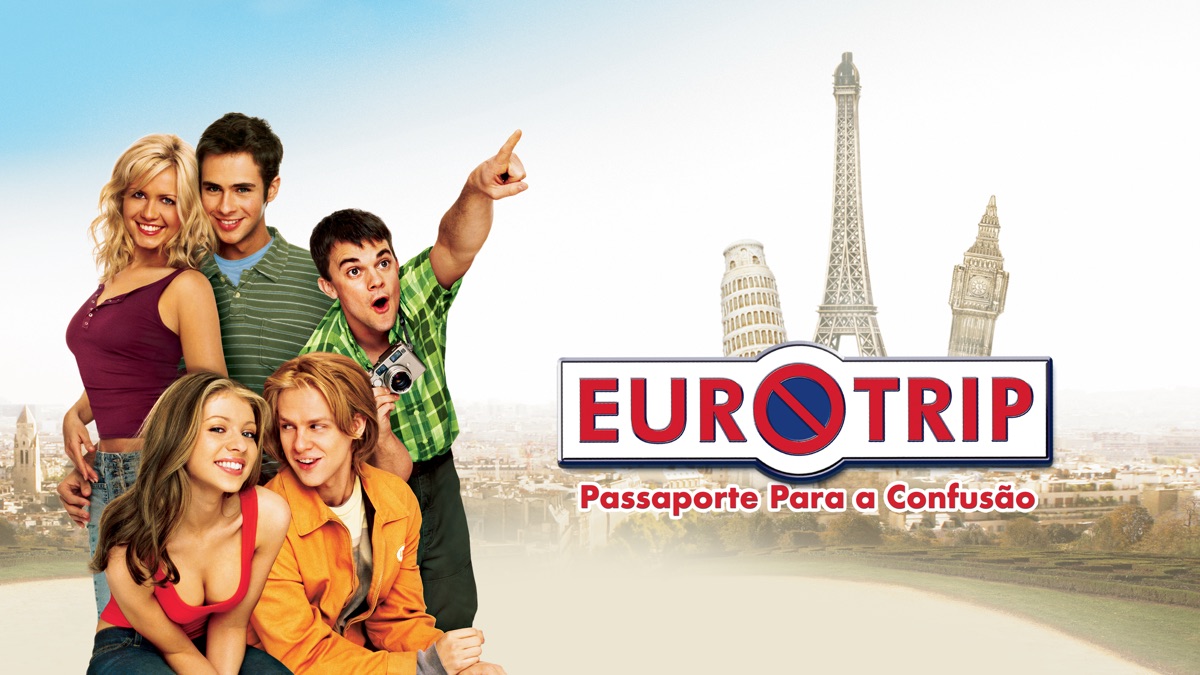 Anyone who hasn’t seen it has the option to watch it on Amazon Prime Video… and one more thing… don’t tell Scott!