After all the controversy surrounding the film at the 2021 Cannes Film Festival, Imovision, in partnership with the Mix Brasil Festival, will make its first screening in Brazil this Wednesday, October 10 at 7:00 p.m. for the guests of CINE SESC, RUA AUGUSTA 2075.

Check out the full poster with the “censored nipple”: 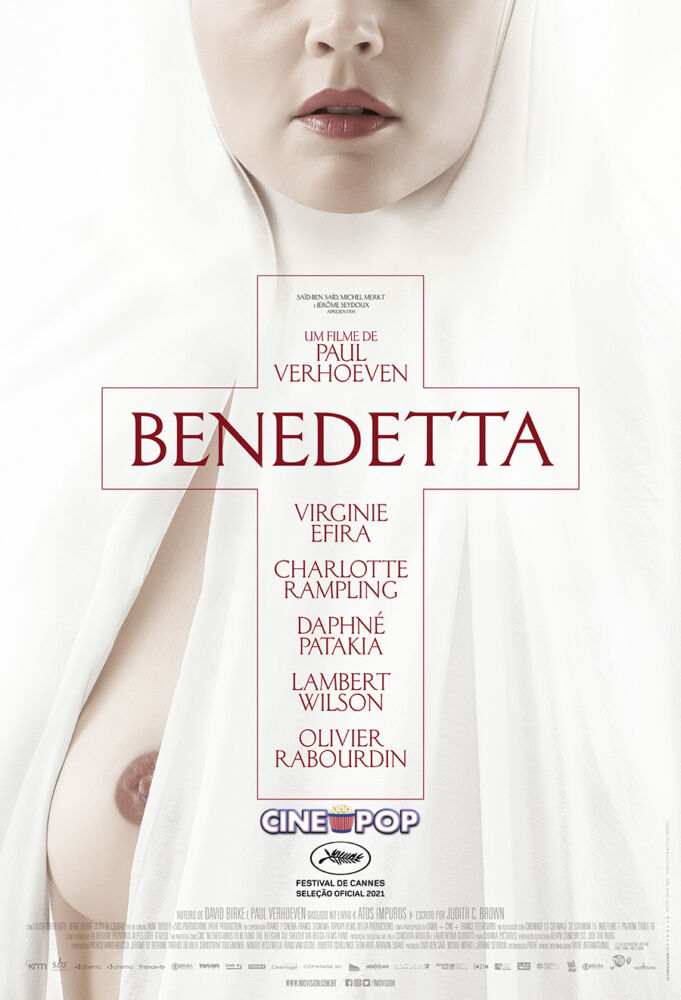 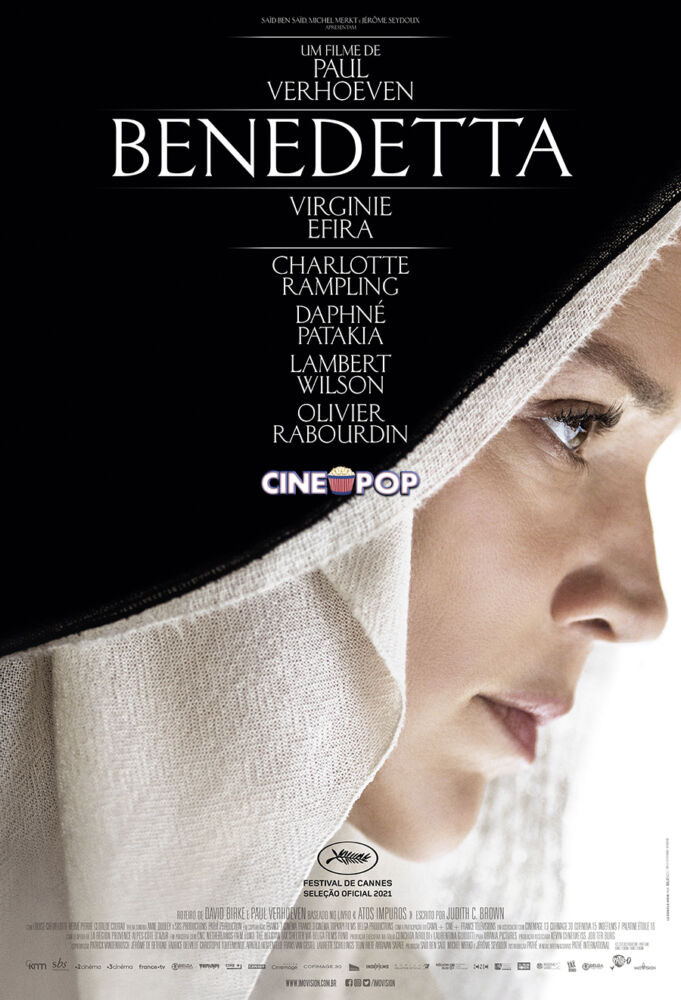 The film tells the true story of the nun Benedetta Carlini who was tried and condemned by the Catholic Church for having a love affair with another nun in a convent in the 17th century. The production competed for the Palme d’Or and the Palme Queer at the 2021 Cannes Film Festival.

Belgian actress Virginie Efira brings Benedetta to life, an Italian nun who lived since childhood in a convent in Tuscany and was known for her visions and involvement with the help Bartolomea, played by Daphne Patakia.

The story is based on the book Impure Acts: The Life of a Lesbian Nun in Renaissance Italy, by historian Judith C. Brown, which serves as a study on the novice trial by the Catholic Church and is considered the one of the first relationships between two women in modern Europe.