The partnership between Julia Rezende and Tati Bernardi has a history. Since the series Meu Passado me Condena (2012), the two have already demonstrated an improved melody in two other films. Even before Louca Sou Eu arrived in bookstores in 2016, Júlia expressed her desire to make a film. The result will be released on the big screen on February 25, 2021. It is the seventh feature film by the young director, responsible for the romantic comedy Ponte Aérea (2015) and the criminal comedy Como é Cruel Viver Assim (2018), in addition to Netflix’s Coisa Mais Linda (2019-2020) series.

Also read: Review | Then Louca Sou Eu – Débora Falabella is the climax of a new comedy-drama

If you like an ironic and responsible mood, the adaptation is great for discussing relevant issues and lightly handling heavy topics, such as melancholy, anxiety, and drug addiction. Without further ado, discover the highlights of our EXCLUSIVE interview with director Julia Rezende. She discusses the process of disseminating to the public the trajectory of the publicist Dani Teixeira (Débora Falabella) facing her mother Silvia (Yara de Novaes), her dream of becoming a writer and her romantic relationships, in addition to facing crises of panic . 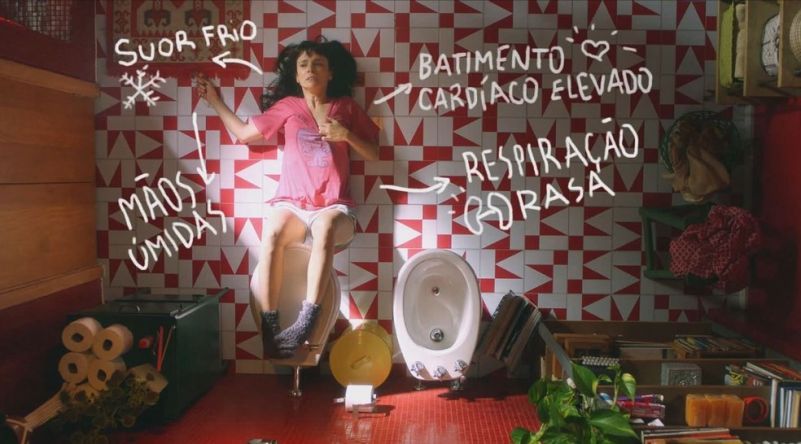 “With Tati [Bernardi], Hope to have a long term partnership, we get along very well. I have great admiration for her talent and the way she exposes generation issues.

“Adapting this book was a big challenge. It was one of the most difficult adaptations I have experienced in my career. I felt I needed an experienced screenwriter who could translate what was best about the book, while also creating a narrative with a beginning, middle, and end, because it didn’t exist. in the book. The book has a very good character and very good situations, but it doesn’t have a story that can be told in the movies. “

“The sex scenes in the movie, for example, seek the truth, seek honesty with what we are going through. When you need nudity, you have nudity. When sex isn’t meant to be sexy, it is too [dessa forma]”.

“I am in love with Amélie Poulain. It’s a film that I love, that marked me. [A referência] it was not so much the colors [vermelho e verde], but what we were looking for in Amélie Poulain is the question of [lentes] large angles in the cupboards. I think it brings a feeling of hyperbole, of exaggeration and helps people to feel very close to what the character is thinking ”.