The psychological thriller ‘Secrets of the Castle’ has just debuted on on-demand rental platforms in Brazil and for you dear CinePOP reader to find out why you should watch this movie we spoke to director Stacie Passon , who spoke to us about the challenges of adapting such a timeless story. Check out! 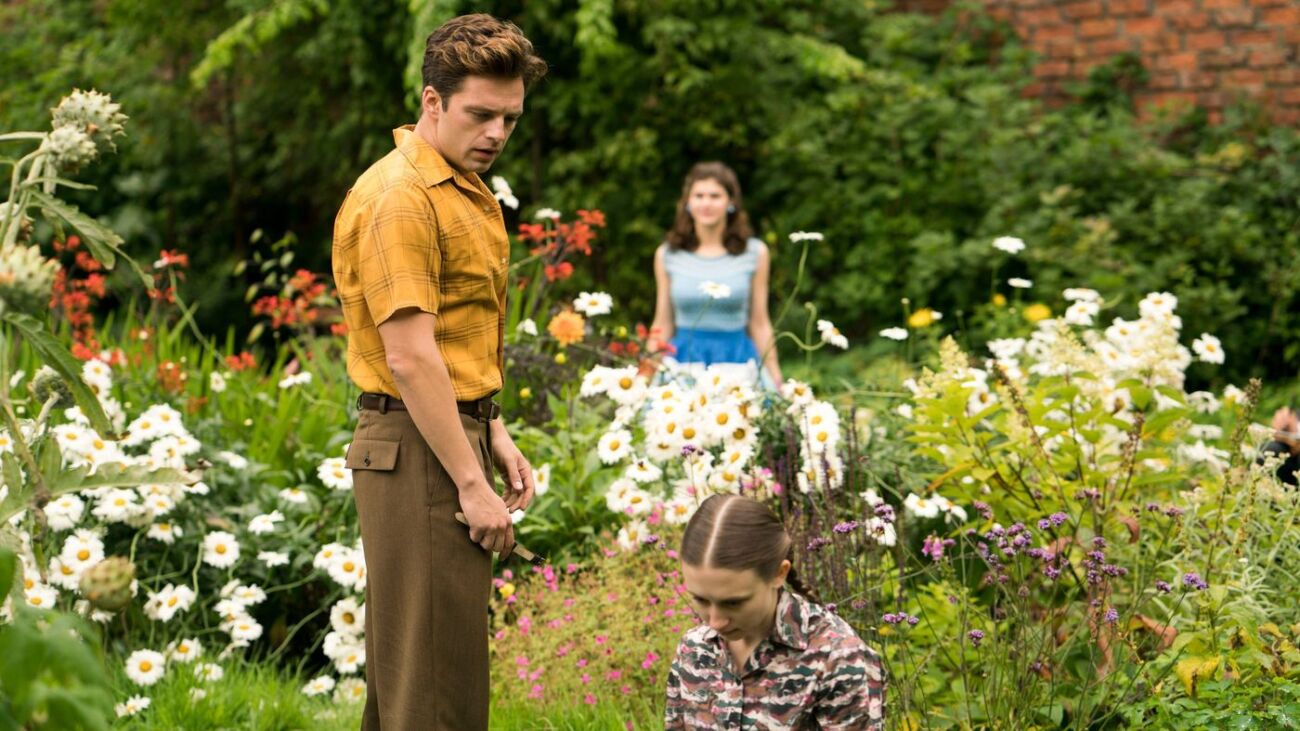 CinePop: Brazil is set to watch ‘The Secrets of the Castle’ streaming. How did you come to this project? How did you come up with the idea of ​​making this film and what do you think of the film’s arrival here in Brazil at the end of this year, with everyone at home and being able to watch the film?

Stacie: Well, that’s great because the movie is about being stuck at home, so … well, I hope that’s a good thing for the audience. I read this book as a kid and loved it. They sent me the script and I felt that as a fan I could do it justice. I love the idea of ​​two sisters who love each other completely and live peacefully at home. And I thought if that was rocked it would be terrible, and I love that premise.

CinePOP: And the film echoes that shock of having to deal with a stranger, the situation of how the sisters are seen by the people of the village …

Stacie: I wanted the film to be a love story between sisters. Seriously, I know this sounds weird – I have a sister and she saw the movie and said I was a little weird. I have always identified with Merricat Blackwood, not only because Merricat is the little sister (like me), but also because Merricat is kind of a nerd, who loves science, flowers, witchcraft and books, and you Maybe you can see it in one the previous time, her parents hadn’t allowed her to be whatever she wanted to be. And by eliminating them, she now lives this wonderful existence with a partner who accepts everything, who is her sister. And I like the weirdness about it. That’s why I wanted to make this film. 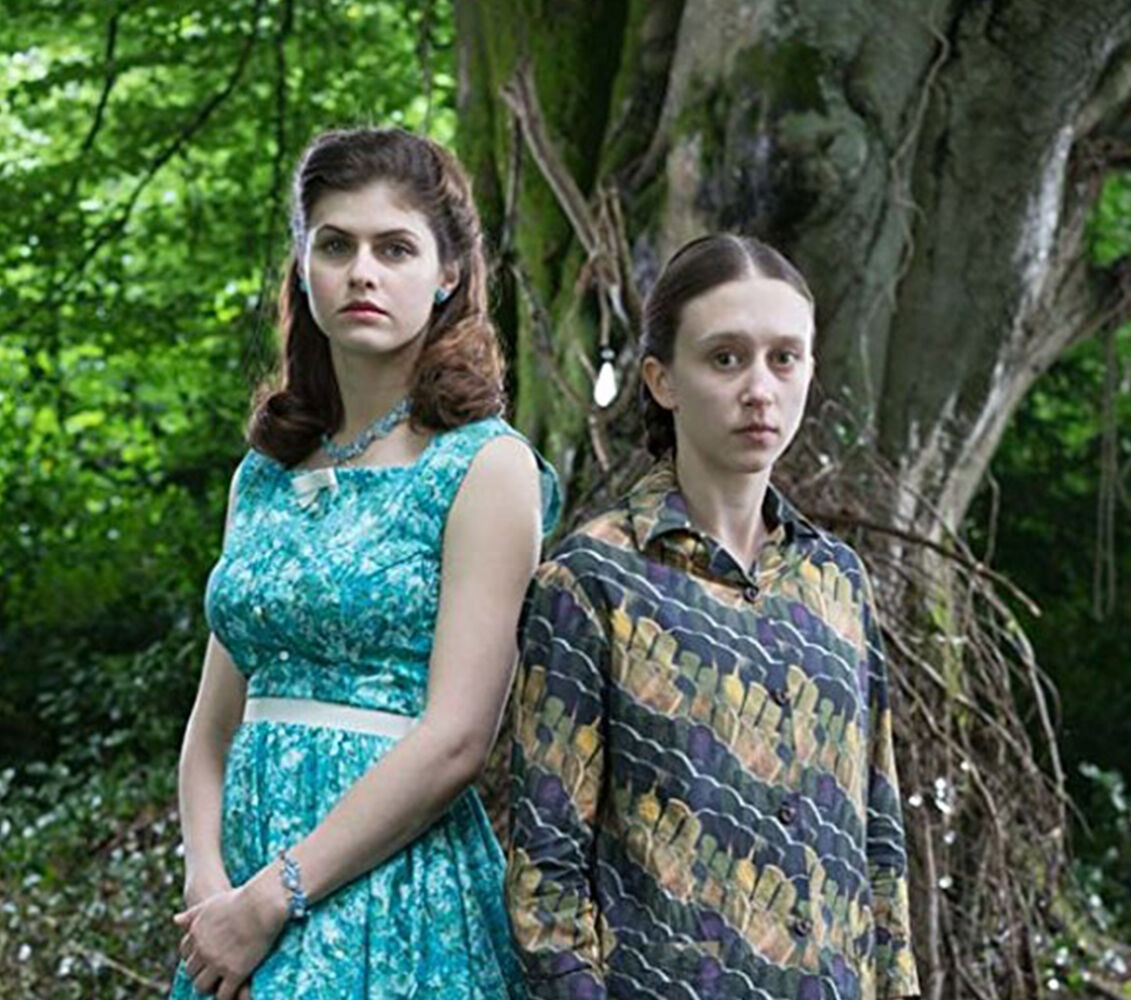 CinePOP: Still on Merricat, he’s a character who is sort of in charge of the house, right? She is the one who goes to the village to do her shopping, etc., and I wonder how the film, at other levels, also shows how women are seen in certain parts of the world, and are always seen, like those who get involved with witchcraft, those who are responsible for bringing bad things to the community, you know?

Stacie: I think the film explores all the ways that women are feared and distrustful of society. I think the good thing is that the women of the castle, the two sisters, just don’t want to get involved in how people think about them. There’s a scene at the end of the movie where the locals have written “go away” on their door, but it’s more like the sisters have written it on the door: “go away. “. They wanted to be protected from the outside world, they didn’t want to get involved in what was going on. It’s like saying to the world “deal with your problems, we don’t want intruders.” And of course what happens with this utopia is that one person comes along to claim the right to the house and, thus, lets in the ghost of all these people outside the house, so that is definitely a metaphor for trying to find the path on your own as a woman, and that’s what I love so much about the book, because Jackson surely knew her in the story. Shirley Jackson wanted to keep people out of her brain. I think she is an amazing writer. I hope I have done his book justice.

CinePOP: In that line of thinking, the film echoes everything we see in hate speech. I can see it in the movie, although the story was written over half a century ago.

Stacie: Yeah, the story was written in 1962. Of course there’s a lot of post-war trauma. And Shirley, at that point, was on a lot of drugs and had to deal with her womanizer husband at the same time. It’s funny that there’s a campaign coming up in your country and mine, a scary nationalism, and I thought about that when I was making the movie. There is a layer of political and social ideas in history that brings us to where we are today, that’s for sure. I don’t know if you know, but the day after the fire, in the movie, there are a lot of portraits of people who lived in the house, and they’re all portraits of men, and they’re burning. I’m not sure what that means exactly, but it’s an interesting look.

CinePOP: Of course! I really love the end of “The Secrets of the Castle”, really! 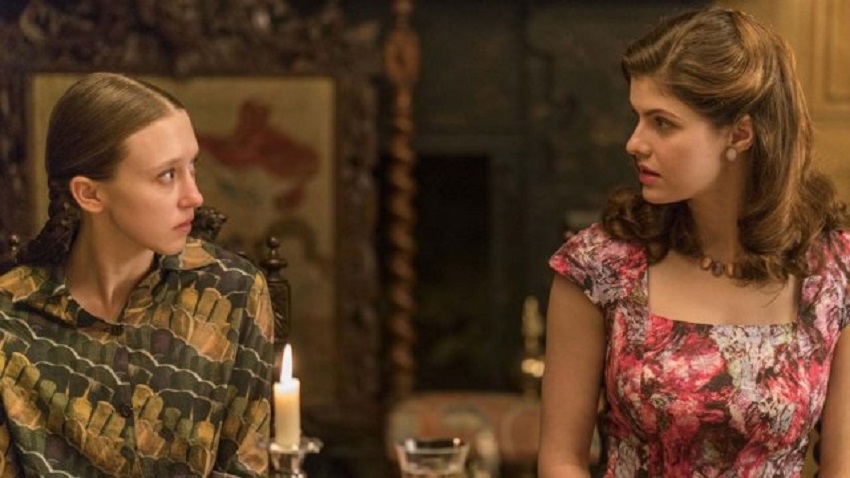 CinePOP: I can’t say more so as not to ruin the film, but I was surprised, especially because these two characters, Merricat and Constance, they are both so different and therefore the same! And Alexandra Daddario and Taissa Farmiga did the opposite work on the stage, and I could see that it was difficult for them to reach this point of interpretation because it was not possible to show a lot of emotions.

Stacie: We talked about it a lot during filming. I think both characters were trained not to show emotions. Alexandra’s character, Constance, was trained to smile. And I don’t think Merricat has that in her, to be able to exist in the world. She tries, but fails and gives up. This is the reason why she gets rid of everyone because she doesn’t understand the logic that people expect from her. There’s probably a way that Merricat would love to live that would surface if all of these oppressors went away, and I think Merricat does. I don’t know if she needs to show any feelings on her face, and it’s not weird, it’s just the way she is.

CinePOP: In recent years, there have been a number of female directed and directed thrillers. Do you think this is a trend for the next few years in cinema?

Stacie: I think women take a little more control of psychological thrillers because I think they can bring a little more understanding to the backstory of female characters, who perpetrate crime or who are victims of crime. . Whether it’s horror or suspense, being a woman brings a different perspective. A good example is “Babadook”. It’s a completely perfect movie and no other director could have made this movie. I mean, Jennifer Kent could have made this movie, but sometimes I wonder if the movie was directed by a man, what would be lost, you know? He has something to do.

CinePOP: Of course! Slightly changed, the artistic direction is surprising in “Os Secredos do Castelo”: the details, the color contrasts, the composition of the environment. At the start of the film, everything is brighter and more colorful, the sun is entering the kitchen, and from the middle to the end everything is darker. And it’s hard to find the right angle in a house to be able to capture all of this.

Stacie: We had a wonderful artistic director named Anna Rackard, and one of the things I liked most about her was her sense of color. And also the designers Eimer Ni, me and Anna Rackard, we created a color palette and we understood by bringing to the set that pink, bright blue, whites and greens would end up creating a colorful scene, but at one point, these colors went muted and became real. The idea was to start in this cartoonish form and become the basis of the darker reality. So thank you for noticing that.

CinePOP: Imagine! And, well, it seems in the movie that there are three main characters: the two sisters and the house itself. And it seems to me that the movie wouldn’t be the same if the story took place in an apartment or some other type of house or castle, because there is the garden, the stairs, several floors, etc. How did you, as a director, find the language to say this in the film, without telling the viewer?

Stacie: The house, to me, is a character and represents privilege. The girls who grew up in this privilege and did not ask for this privilege but participated in it, became like the house itself: an ornament. So when an ornament burns, a lien burns and the people who wanted to be in the house won’t want to be in the house anymore because it’s uninhabitable, but they still want it, they want to be there because it’s there. that the other is. So they don’t need privileges, they need each other. I think the castle is the perception of a privilege, and when that privilege goes away, what is left for people?

CinePOP thanks director Stacie Passon for talking to us! “Les Secrets du Château” is now available for rental on streaming platforms.