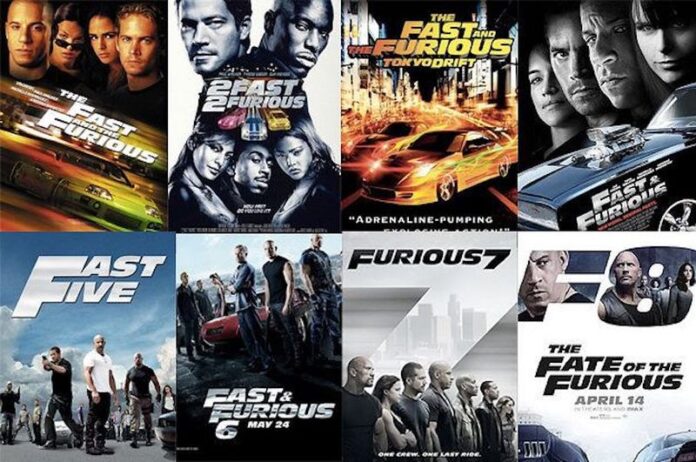 Due to the coronavirus pandemic, “ Fast and Furious ” fans have been waiting for more than a year for the premiere of the ninth film, which hits theaters on June 25 of this year.

And, to celebrate the arrival of the long-awaited sequel, Universal Pictures will be re-showing all of the franchise’s films in US theaters, starting next Friday, April 30.

The information was revealed by Jim Orr, president of the studio’s national distribution, according to Comic Book.

During the announcement, he said that:

“The films in the ‘Fast and Furious’ franchise are about family, and Universal wanted to find a way to thank our huge family of fans across the country for their passion and loyalty over the past 20 years. We thank our partners and theater administrators for their help so that we can make this series of screenings possible until the next premieres of the film.

“We are delighted to welcome the public back to the cinemas to experience these exciting races once again. And we can’t wait to wow everyone with the release of “Fast and Furious 9” on June 25th. “

Watch the trailer for the upcoming sequel:

Dominic Toretto (Vin Diesel) has always lived at full speed. After the loss of his best friend and the discovery of his son, he reduced the pace of life, alongside Letty (Michelle Rodriguez). But it is not easy to live in the present when the past is speeding towards you. And that’s what happens when Dom meets his brother Jacob Toretto (John Cena), who is encouraged by Cypher (Charlize Theron) and Magdalene Shaw (Helen Mirren) to execute a revenge plan. It’s time for Dom to reunite Sister Mia (Jordana Brewster) and the family of loyal friends, such as Roman (Tyrese Gibson), Tej (Ludacris) and Han (Sung Kang).