Early in the evening of Thursday, July 29, around 5 p.m., the Brazilians were surprised by the terrible news of a fire at the Cinemateca Brasileira, in São Paulo. About three hours later, the fire was contained (meaning the building was still burning, but the fire was no longer spreading to the sides). At this time, it is not yet possible to know the extent of what was lost in this huge fire, but one thing is a fact: this tragedy has been announced for a long time. Understand:

The Cinemateca Brasileira was founded in 1940 with the aim of being a place of study of cinema as an independent art, through courses, debates, screenings, etc. At the time, it was called Clube de Cinema de São Paulo. The following year it was closed by the repressive agencies of the Estado Novo military dictatorship. In 1946, the second club was opened and, three years later, it became the MASP film library. In 1956, he left MASP and became Cinemateca Brasileira, a non-profit civil society.

In 1957 – one year after becoming a foundation – the Cinémathèque suffered its first fire, due to the self-combustion suffered by the films supported by cellulose nitrate, which destroyed the installations. In 1969, the second fire occurred, already in the premises of Ibirapuera Park. In 1982, it was the third fire at the Cinémathèque which worsened the financial difficulties of the institution. After being integrated in 2003 to the Audiovisual Secretariat, of the Ministry of Culture, it went through a period of great diffusion of Brazilian audiovisual, between 2008 and 2013. At the beginning of 2016, however, there was the fourth fire. in the place, the most important to date. , resulting in the loss of over a thousand rolls of cellulose nitrate film. On the night of July 29, 2021, however, the Cinémathèque suffered the worst and most devastating fire in its history.

The Cinemateca collection is enormous and includes film posters, a non-film collection (documentations, collections, catalogs, archives and associated libraries), as well as reels of original fictional and documentary films. It contains cinematographic material from the Brazilian army, the Roquette Pinto Foundation, feature film scripts, theses, dissertations and around 245,000 rolls of films, referring to more than 30,000 titles.

In June 2020, the friends, employees and filmmakers of Cinemateca organized a huge demonstration at the door of the foundation, denouncing the non-payment of workers’ wages, unpaid for three months. In addition, the protest also denounced the financial stranglehold that the Cinémathèque had suffered over the past three years, with cuts in funds and the freezing of contracts, in addition to the aforementioned delays in the payment of salaries and materials. basis for the operation of the building.

On August 7, the Roquette Pinto Foundation, which managed the Cinemateca, handed over the keys to the building, unable to continue its work without the transfer of federal funds. Less than a week later, the federal government took over the administration of the Cinemateca and, as a first step, simply laid off the 52 construction workers. From then on, all activities in the building were halted (the building was previously closed to the public due to the pandemic), including research and conservation that took place internally. No new employees were hired, just outsourced security and firefighters.

After a quick stint at the head of the Federal Government’s Special Secretariat for Culture, actress Regina Duarte received President Jair Bolsonaro’s promise to become the new director of Cinemateca Brasileira. However, more than a year after the announcement, made in May 2020, the former Secretary of Culture had not yet been officially appointed to this post. In other words, Cinemateca Brasileira spent an entire year without having anyone in charge of its activities.

The current Federal Government Secretary of Culture, actor Mário Frias, who asked Roquette Pinto to hand over the keys, did not prioritize Cinemateca Brasileira in his administration. Aside from asking for the keys, shutting the doors, freezing funds and firing everyone else, he didn’t put Regina Duarte (or anyone else) in charge of the institution. Today, after the fire, the secretary – who is currently in Rome – said he was considering the possibility of the blaze being arson and said he had requested an expertise from the PF. 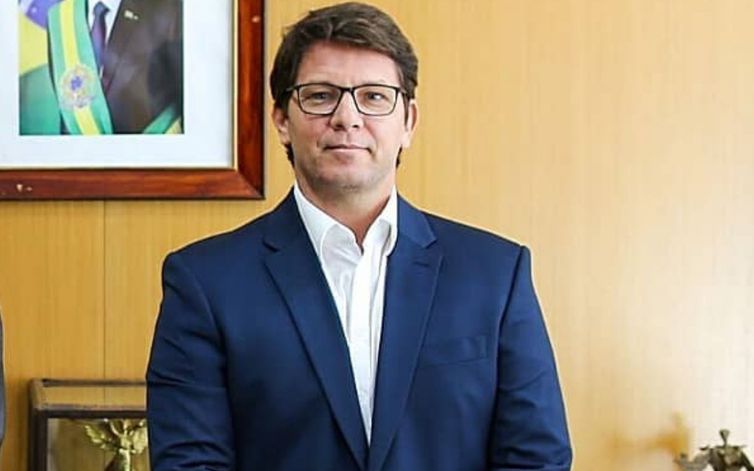 In April 2021, Cinemateca workers demonstrated publicly on social networks to defend the cultural memory of the place and to warn against the many fire risks from which the collection has suffered, especially due to the lack of technical professionals to protect itself. occupy movies.

At the end of this Thursday afternoon – sixty years after being closed by the military dictatorship – the Cinemateca Brasileira building suffered a new fire, more important than the previous ones. So far it is not possible to know what has been lost in the intellectual and historical material of Brazilian culture, however, no life has been lost. We also know that a government that favors the culture, memory and history of its people does not allow its heritage to be burnt. 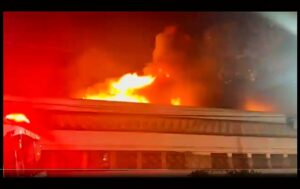