In a context of extreme censorship by the Iranian Islamic government, the cinema is maintained thanks to the singular criticism of its filmmakers. A pupil of Abbas Kiarostami (Faithful Copy), one of the country’s first directors to find success in the West, Asghar Farhadi gave a new dimension to Middle Eastern cinema, currently with impressive names such as Jafar Panahi (Taxi Tehran ) and Mohammad Rasoulof (There is no Certain Evil). Incidentally, these two award-winning filmmakers were arrested along with Mostafa Aleahmad (Poosteh) last July on charges of attempting to “inflame and disrupt the psychological security of the Iranian community” by the government.

All this censorship to tell the stories of Iranian society further heightens curiosity about them. Asghar Farhadi’s storylines are effective and play with viewers’ imaginations and their own moral quests. It is not possible to passively leave the session of one of your films. His line of work tells too much, shows too little, or rather, leaves the audience to fill in the blanks.

Showing in some Brazilian theaters since July 28, A Hero is the latest example of his feat, awarded at Cannes, but snubbed at the Oscars in 2022. From his first feature film Dancing in the Dust (2003), without translation into Portuguese, through its productions in France and Spain to the most recent, CinePOP offers a difficult ranking among the energizing stories of one of the most fascinating screenwriters today.

If you do not yet know his work, or even Iranian cinema, it is high time to investigate one of the most effective works of the seventh art. Let’s move on to the list with audience ratings on IMDb and reviews on Rotten Tomatoes (RT): 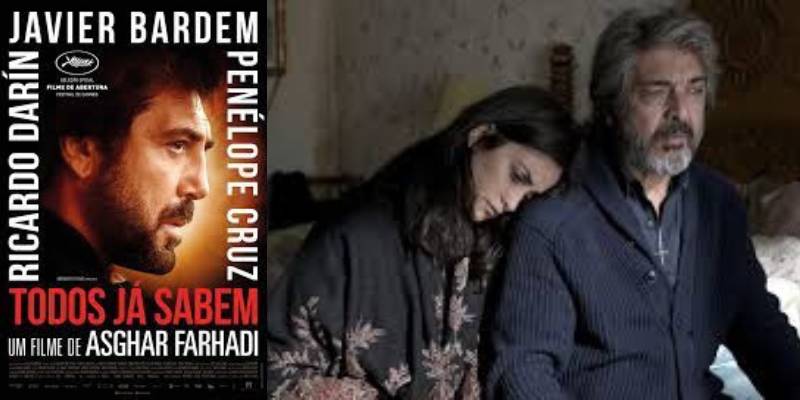 For the first time totally removed from his culture, Asghar Farhadi seeks to create family suspense in a small town in Spain. Starring Ibero-American dream cast Penélope Cruz, Javier Bardem and Ricardo Darín, the plot builds its sticking points at a wedding party, in which the daughter of Penélope Cruz’s character disappears and reunites over questions of the past trapped in their present and future. As in the director’s previous plots, actions, and reactions, good and evil set the tone of the film, but this time it’s more of a soap opera than a stunning denouement. For this reason, Stellar Cast opens this list at the last position.

Read also: Review | Everybody Knows – Suspense and Secrets of the Past in Tom Novelesco 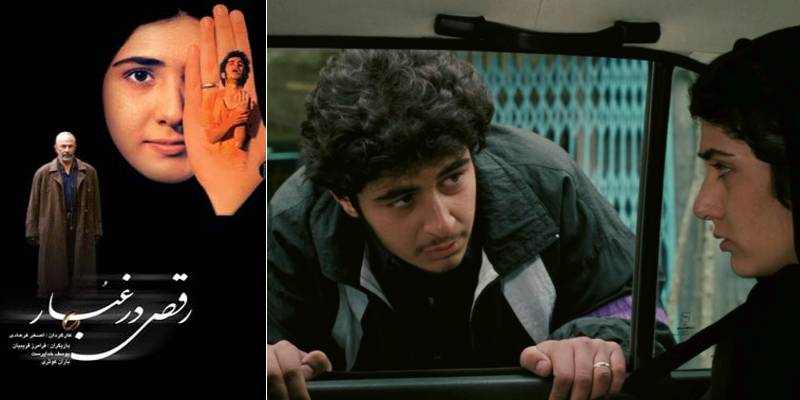 Untitled in Portuguese and distributed in Brazil, “Dança na Poeira” (in free translation) is the Iranian director’s first film for the cinema. Like all early works, it’s a sample of what the renowned filmmaker’s legacy would be. Here the moral bonds, the difficult choices and the in-betweens kept secret from the public are already present.

A boy is socially obligated to divorce a few days after marriage because his wife is the daughter of a prostitute. In the dilemma between his family and his new partner, the young Nazar (Yousef Khodaparast) works double time to pay the wedding expenses and cannot pay the divorce expenses. With a complicated plot and still not as well put together as the following ones, the character’s long ordeal sometimes escapes our interest. 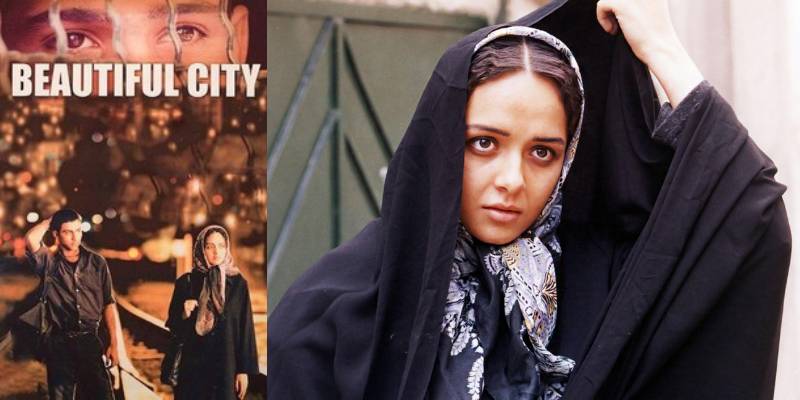 On his 18th birthday, instead of celebrating, Akbar (Hossein Farzi-Zadeh) cries profusely. This is because at the age of 16 he killed his girlfriend and now he has to go to the adult prison, where he will await his execution. The sentence, however, can be changed to life imprisonment if the bereaved father, Rahmati (Faramarz Gharibian), pardons the young man’s crime.

It’s a lesson in how Iranian laws operate in a labyrinthine judicial process, where issues of revenge and “blood money” come to the fore. Meanwhile, a life-or-death relationship develops between the convict’s friend (Babak Ansari) and his sister (Taraneh Alidoosti), who seek to raise the money to win Rahmati’s sympathy and save the youth’s life. man. As always, nothing is that simple and Asghar Farhadi immerses us in the dilemmas of the characters. 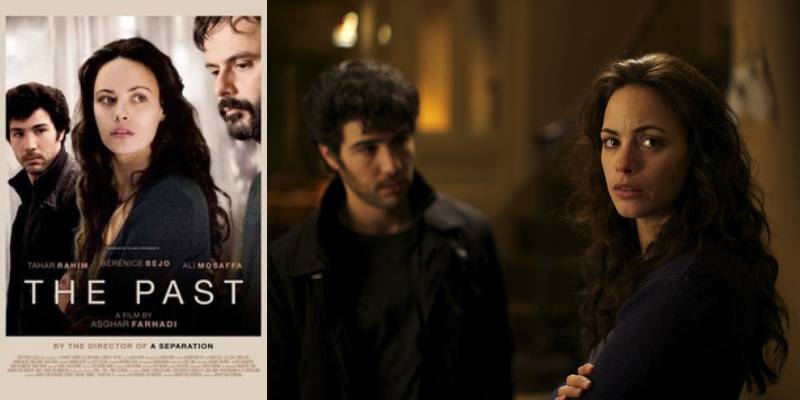 After the award-winning A Separation, Farhadi directs this Franco-Iranian co-production, with an Iranian protagonist, Ahmad (Ali Mosaffa), who has come from his country of origin to sign a divorce with his French ex-wife Marie (Bérénice Bejo). When he arrives, he realizes that things are going off the rails in Marie’s life. The eldest daughter is in conflict with her over her new boyfriend (Tahar Rahim), whose wife is in a coma and they have a young son.

The problems of the past overcome by Ahmad seem to return and every minute of new information makes the story completely change perspective. There are no bad guys and good guys, but people who have problems that intersect. The Past is a beautifully engineered collision story. Remember that Bérénice Bejo (The Artist) won the Palme d’Or at Cannes for her performance. 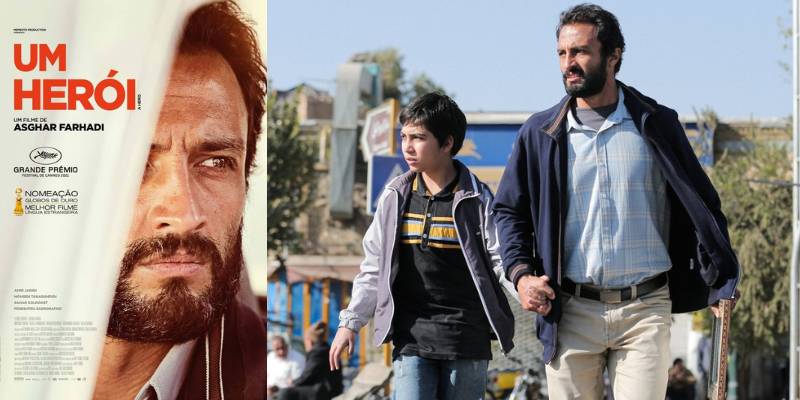 After the Grand Jury Prize at Cannes last year, A Hero was removed from the list of Oscars for foreign cinema to the surprise of specialists in the seventh art. The story is based on a real event that took place in Tehran, so much so that the adaptation of this news item provoked the accusation of plagiarism by a former student of the filmmaker in Iran. Farhadi has been exonerated and Rahim’s (Amir Jadidi) traveling story is a whirlwind of thrills. According to the director/screenwriter himself, this is his first story without “hidden information”, however, there are many doubts in the air.

Rahim is in jail for a debt he couldn’t pay. During a two-day leave, he tries to convince his creditor to withdraw his claim against payment of part of the sum. However, he is embroiled in a tangle of interests that involve revenge, media power, justice, and fatherhood. Hard to get out of breath. 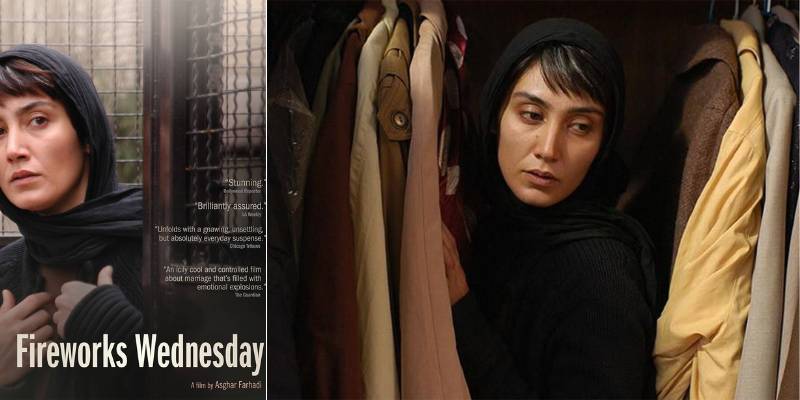 Your third film is really your springboard abroad. Launched at the Locarno Film Festival, Wednesday Fireworks is well-written and gives audiences a definite glimpse into the writer-director’s emerging talent.

Suspecting her husband’s fidelity, Mozhde (Hedye Tehrani) lives in an existential dilemma, pays no attention to her young son, wants to cancel the vacation trip, and cannot fix the messy house. Her husband then hires a maid to help him, the naive Roohi (Taraneh Alidoosti).

On the eve of the Islamic New Year, the characters experience a tumult of mistrust, secrets and misunderstandings. The scenario puts us in the spotlight several times and our point of view changes with each new detail. It is Farhadi’s first film to develop a claustrophobic atmosphere of unease between audience and characters. 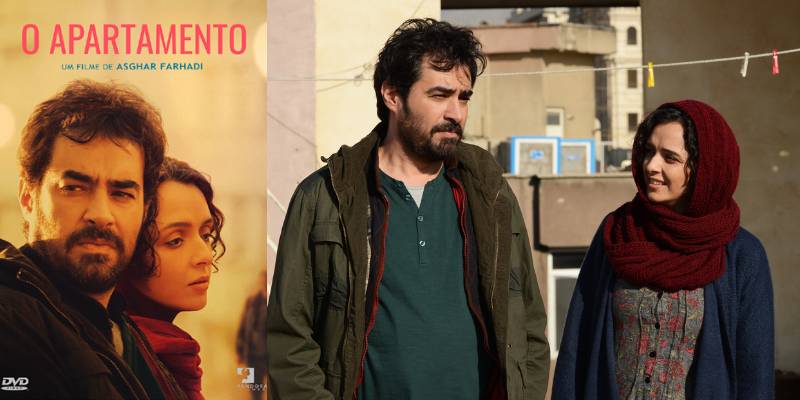 The first three films in this ranking present the best of the Iranian screenwriter: to deceive the viewer and make him no longer know where to run. Who’s right in this Oscar-winning story? The apartment showcases complex and challenging themes. There you can think of harassment, trauma, rape, xenophobia, honour, all with the lead couple having to take the stage every night to put on a play.

After their apartment is damaged, young couple Emad (Shahab Hosseini) and Rana (Taraneh Alidoosti) have to move to another apartment. Once rehoused, a sudden eruption of violence linked to the former tenant of their new accommodation drastically changes their lives, creating latent tension between husband and wife. 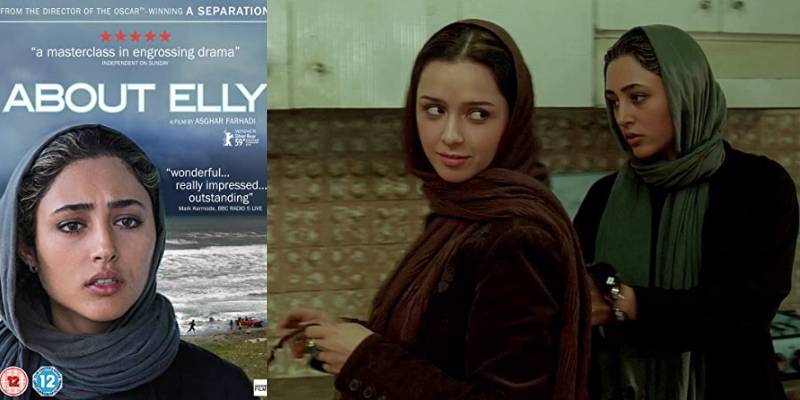 Presented at the Berlin Film Festival, the film won the Silver Bear for Best Director. Already in the mood to bring great mystery to the center of the action, full of layers to unravel, the Iranian director recounts the misadventure of a young kindergarten teacher (Taraneh Alidoosti) who disappears in northern Iran during a a weekend at the beach, during which she would be introduced to a potential suitor.

All the characters deliver truth and desperation in just the right measure and urge us not to take our eyes off each event. Why didn’t anyone in Elly’s family know she was there? Dozens of questions accumulate and the unveiling is, in fact, a perpetual doubt. Welcome to the provocative world of Farhadi. 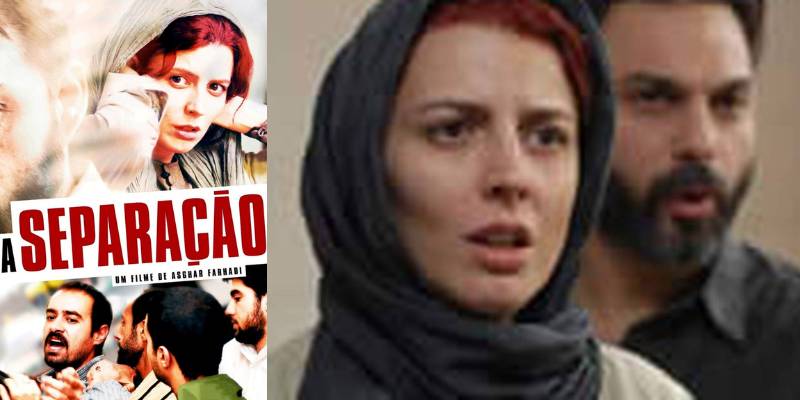 Winner of the Oscar for Best Foreign Language Film and nominated in the Best Original Screenplay category, A Separation places the Iranian director on the same level as the world’s great filmmakers. Morally complex, suspenseful, and thoroughly immersive, the film captures the mess of a dissolving relationship with acute insight and a searing ending.

When Nader (Payman Maadi), a bank clerk, refuses to leave Tehran, his wife, Simin (Leila Hatami) files for divorce in hopes of giving her daughter a better life abroad. Needing someone to care for his senile father while he’s at work, Nader hires Razieh (Sareh Bayat), a married woman whose chador hides her pregnancy.

One day, after a fit of rage, Nader pushes Razieh and she miscarries, prompting her husband to report Nader to justice. How do you position yourself in a story like this?