The official trailer for ‘Godzilla vs. Kong ‘came out today and left fans extremely excited about the Titans fight.

What not many people realized is that Brazil is mentioned briefly in the video. In one of the scenes we see the map of the country with confirmation of Godzilla’s attacks in the northeast and most of southeastern Brazil.

One of the attacks left 23 people injured.

Check out the image, trailer, and synopsis: 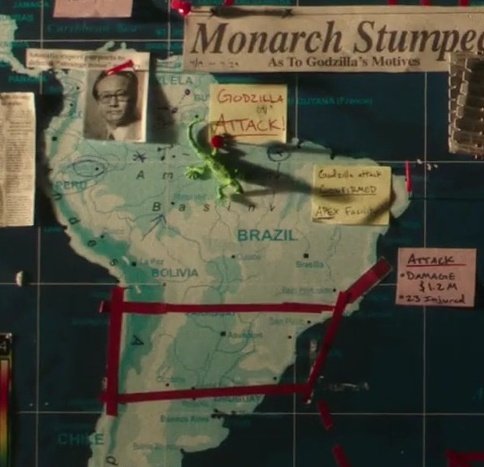 The long-awaited film will not be released until May 20, 2021 in Brazilian theaters. The US premiere is simultaneously in theaters and on HBO Max on March 26.