According to TMZ, the iconic Hollywood sign was vandalized on Friday with the image of a spotted cow in the first “ O ” on the sign.

Police sources told the portal that three people were arrested for trespassing after a police helicopter managed to follow the suspects as they descended the hill.

The act was a way for the Junior group Varsity to promote their new single, titled “Cold Blood,” which features a dairy cow on the cover art and on social media.

So far, it has not been revealed what the punishment will be for the members of the group.

In February, model Julia Rose was arrested for changing the sign to “Hollyboob” and was ultimately taken into police custody without resisting arrest.

She even celebrated the act on her Twitter profile.

Discover the photos and the publication: 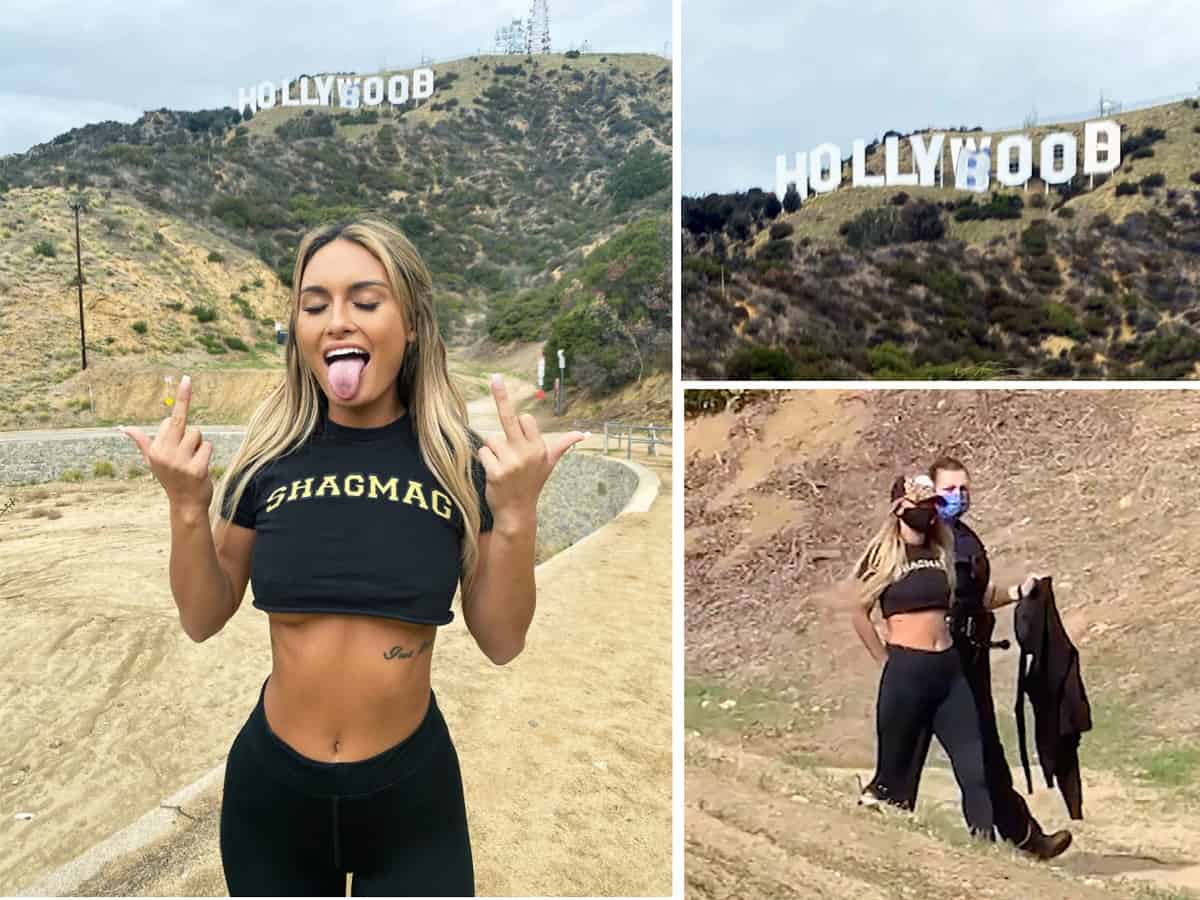 that once I changed the Hollywood sign to #hollyboob pic.twitter.com/IrIC6DpXHO