The proximity of Christmas always evokes memories of different kinds. Happy or sad, they create that very identity for an occasion already shrouded in symbolism, memories that invariably keep the child alive in everyone. While many films focus on the date itself and the atmosphere it creates, in 1991 one particular work took a different path.

At first glance, mostly with a vision of modern cinema accustomed to reboots and sequences, the idea of ​​a production like Hook – Captain Hook’s Return might seem opportunistic and certainly unnecessary. A sequel to an absolute literary classic like Peter Pan, which made its theatrical debut in 1904, in which the protagonist would return older and would have to face his nemesis, Captain Hook again, doesn’t look appealing.

Hook’s production began in the 1980s, when filmmaker Steven Spielberg approached Disney with the idea of ​​live action of the original work. The filmmaker was based on the idea, since the character’s creator, JMBarrie, had envisioned something like this in the past without ever putting it into practice. 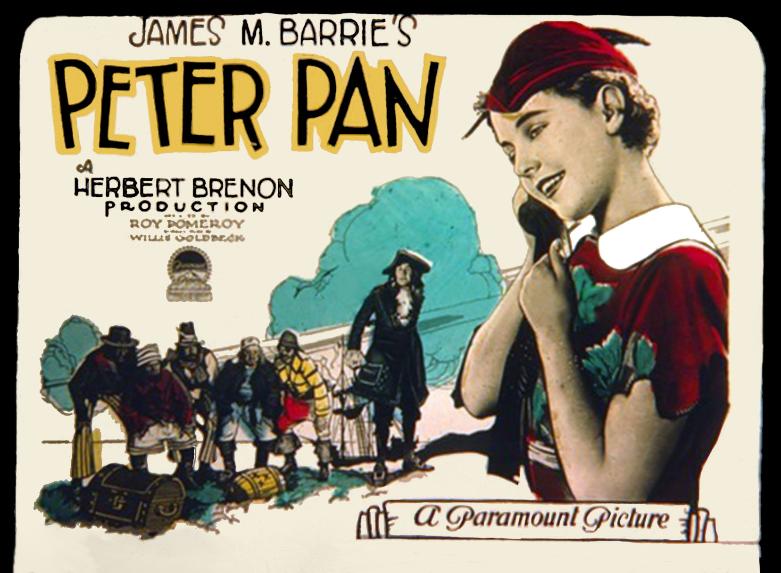 The 1924 version of the children’s classic also motivated Spielberg

This collaboration with the house of Mickey did not succeed, however. In an interview with Cinema Papers magazine in 1992, Spielberg indicated that he would like to do something that looks like the 1924 version. “I was going to do it in early 1985. I was looking for rights and in 1985 I was doing it. eventually acquired them London Children’s Hospital. My wish was to make a Peter Pan film based on the book, a live-action version like the 1924 silent film… ”.

Much of what Spielberg wanted to explore with this new approach would carry tremendous weight to him. In the same interview mentioned, the director claims to have had a connection with the character from an early age, when his mother was still reading to him before bed. At school, he participated in a play about Peter Pan (including using this event as inspiration for the film’s opening scene).

The project, however, had been abandoned. The justification given by the filmmaker was the birth of his son, because “suddenly I couldn’t be Peter Pan anymore. I had to be his father. That’s literally the reason why I hadn’t made a film before… When he was born, I suddenly became the spitting image of my father and mother.

His desire to direct the film would only return after reading the script signed by Jim Hart. Originally, as said, Spielberg wanted to make an adaptation of the original work; However, after seeing Hart’s vision for a Peter who had forgotten his childhood and adventures in Neverland, the director found himself convinced that, even running away from his original idea, it was a good premise for a movie.

Because this is a project with a lot of particular weight for Spielberg, Hook had elements that were part of his life. In addition to the aforementioned opening scene with the school play, the director immediately felt identified with protagonist Peter Banning (played by Robin Williams) as he was just going through a phase of his life where work He consumed a lot of time and saw little children.

With the screenplay in hand and the main names confirmed (Dustin Hoffman as Captain Hook, Julia Roberts as Tinker Bell and the previously mentioned Robin Williams as Peter Pan), production kicked off with a budget of $ 48 million. According to the article Waiting to See If ‘Hook’ Will Fly signed by Richard W. Stevenson for the New York Times in 1991, this was the initial cost of the project. However, “those involved in the production said that amount had increased even before filming began, first to $ 52 million and finally to just over $ 62 million by the time the film was ready. . “

The cause of such an increase is not only attributed to the stellar cast, but also to the size of the film set. The production spared no effort to create a pirate village and ships, like the famous Jolly Roger do Gancho, on giant scales. All of this contributed to the film having constant accounting issues.

His box office performance was a success, however. The film closed at a worldwide box office of $ 300,854,823 million, as well as a very positive opening week of over $ 13 million, according to portal The Numbers. Criticism’s reception did not keep pace with box office excitement. Among the most recurring was, in the words of Roger Ebert, “the inability to reinvent the material, to find something new, fresh and urgent to do with the myth of Peter Pan”.

From a certain point of view, the film also left a legacy related to the continuation of the adventures of Peter Pan. In 2002, Disney released the animation Peter Pan 2: Back to Neverland which was premised on being a continuation. from the 1953 animation, this time centered on Jane, Wendy’s daughter from the original adventure. Like Peter Banning, Jane is portrayed as a person with little or no inclination to the imagination (since the story takes place during a tragic moment like the German bombings of England during WWII) but when she is taken to Neverland. you will need to review several concepts about life. 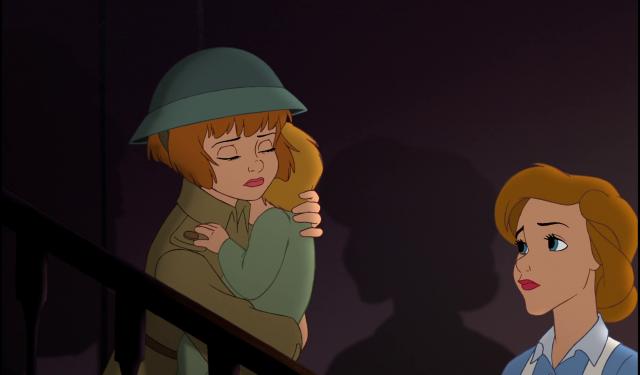 Harsh times forced Jane to mature faster than she should have

Arguably Hook’s greatest strength is his call to remember; at all times, the protagonist is reminded to remember who it was and how urgent it is. He who has forgotten the simple things which, during his childhood, were everything to him, defined it. With adulthood and the accumulation of responsibilities, he abdicated who he really was and what made him happy.

Most likely, the identification generated by the film with the generations who saw it in childhood contributed to some lagged appreciation; to create this sentimental link with the work. The curious thing is that Christmas is not an essential theme for the progression of the scenario as in Grinch or Jack’s Strange World, only that it still evokes the exercise of remembering the best aspects of the past. Few things can be more Christmas than this.