The Steppe Wolf look was one of the main criticisms of the 2017 version of “ Justice League ”, but director Zack Snyder totally changed the villain’s conception for the Snyder Cut.

During an interview with NME, Ciaran Hinds, who brought the character to life, admitted that he is happy the film is being reissued with a new cut.

“I don’t know the differences between [Joss] Whedon and Zack [Snyder]. I know the fans campaigned [para o lançamento do Snyder Cut] during all those years. I’m glad it’s finally happening, I admire Zack’s work and I know he always wanted to finish the movie as he originally planned. I pray that this version does not come under as much criticism as the first. “ 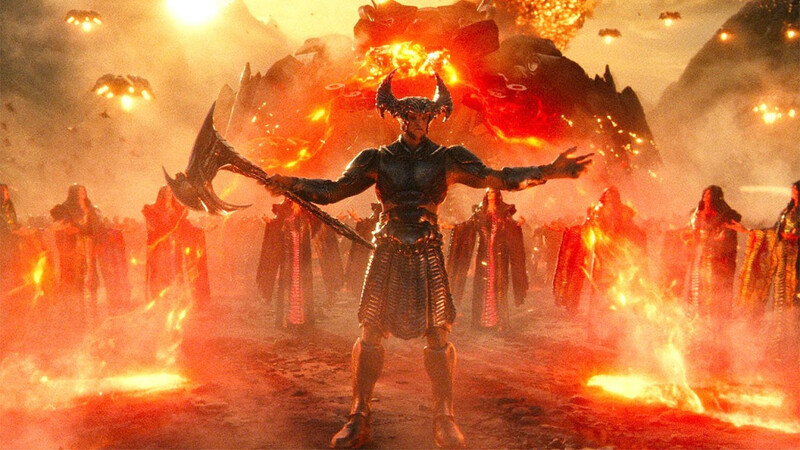 New look of the steppe wolf

The new trailer for the film surprised DC fans, still showcasing the villainous Darkseid look, amid the electrifying and surprising scenes. And according to director Zack Snyder, the character won’t be the only member of the New Gods to appear in his long-awaited version.

During an interview with YouTube channel Minutemen, the filmmaker revealed that in addition to DeSaad and Grandma Kindness, which had already been revealed in a previous teaser, other characters from the universe created by Jack Kirby will participate in the production.

Additionally, he pointed out that this opens up the possibility for more new gods to exist in the “ Justice League ” universe:

“I’m just going to say this: In this movie you will see DeSaad, Darkseid and you will also see another in the throne room of Apokolips. You’ll see another one of those classic Jack Kirby New Gods, you know what I mean? And I think the implications are that the others are also there for sure ”.

Remember that the new version of “Justice League” will debut on March 18th.