New accusations regarding the original DC productions have been published by The Hollywood Reporter.

And according to the publication, former DC Films president Geoff Johns vetoed the hiring of a black actor to bring Superman’s grandfather to life in the “Krypton” series. Regé-Jean Page would have auditioned for the role in question, but was rejected.

As THR pointed out, the creative team were passionate about the idea of ​​scaling characters in non-traditional ways, but were confronted by Johns, who rejected the idea, pointing out that “Superman couldn’t not have a black grandfather ”.

Additionally, the old framework reportedly banned the change of gender identity of hero Adam Stranger. Although the team proposed that the character be gay or bisexual, Johns reportedly vetoed the idea.

In an official statement, Reps and Geoff Johns refuted the claims, saying he “believed fans expected the character to look like a younger version of Henry Cavill.”

Regarding Adam Stranger, reps consider “Geoff celebrates and supports LGTBQ characters, including Batwoman, who in 2006 was reintroduced as LGBTQ in a comedy series co-written by Johns.”

Created by David Goyer (“The Man of Steel”), the “Krypton” series is a prequel to the well-known “Superman” origin story.

The plot, which takes place two generations before the destruction of Superman’s home planet, follows Seg-El (Cameron Cuffe), the legendary grandfather of the Man of Steel and whose house has been ostracized and embarrassed. With Krypton’s leadership in disarray, Seg-El meets earth traveler Adam Strange (Shaun Sipos), who warns he is about to save his beloved world from chaos. Struggling to redeem his family’s honor and protect those he loves, Seg also faces a conflict of life and death: to save his home planet or let it be destroyed to restore the fate of his future grandson. 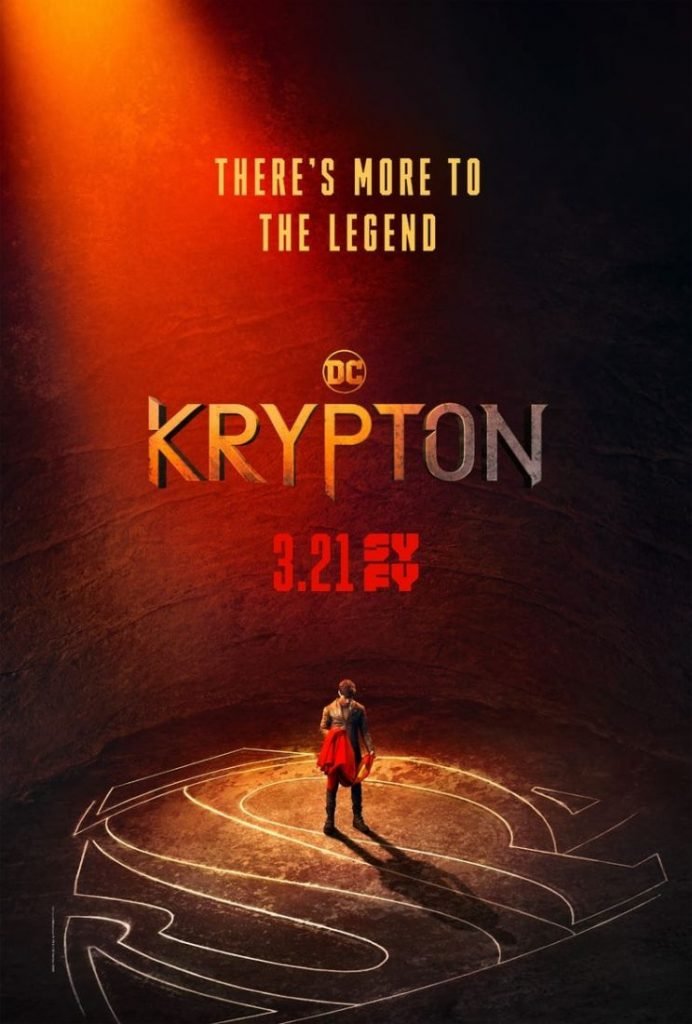