Richard E. Grant (“Logan”) has been active since the late 1980s, and it shouldn’t have been easy to be an artist during this time, especially to convince the family that the theater was a respected field.

And it was no different with the veteran.

On his Twitter profile, he shared a funny personal story while appearing wearing Loki’s classic green and yellow costume for the Disney + series.

In the caption, Grant said his father didn’t approve of his job and joked that he would laugh out loud when he saw him dressed as the God of Cheating.

“My late father asked me 40 years ago, ‘Do you really want to spend your life wearing makeup and wearing tights?’ [Se ele me visse] At 64 in that ‘Loki’ costume, he would laugh. “

My late father asked me 40 years ago, “Do you really want to spend your life wearing makeup and wearing tights?” At 64, this outfit for @LokiOfficial for @disneyplus would have made him chuckle! pic.twitter.com/bQ9Jkypj7w

Despite the simple-minded look, Grant’s Loki was the highlight of the episode, sacrificing himself so that Sylvie (Sophia DiMartino) and the original Loki (Tom Hiddleston) could escape the variant-feeding beast.

Previously, Grant had shared a never-before-seen behind-the-scenes image, with a very vivid expression.

In legend, he thanked him for the opportunity to play the iconic character.

“I am impressed with the incredible reception of the ‘Loki’ series at Disney +. Congratulations to Tom Hiddleston and [à diretora] Kate Herron. I’m like Kermit! (Sesame Street character) “

Remember that the last episode of ‘Loki’ will be released on July 14. 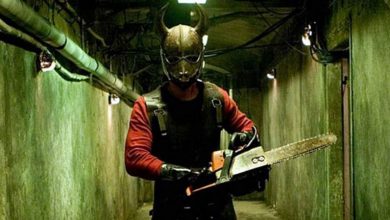